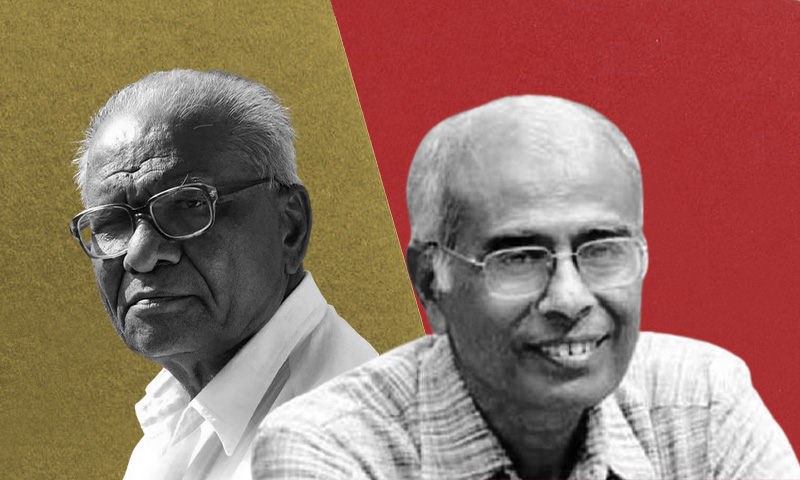 After being pulled up by the Bombay High Court, the Central Bureau of Investigation (CBI) and Maharashtra Police's Special Investigations Team probing the murders of anti- superstition crusader Narendra Dabholkar and leftist leader Govind Pansare, respectively, on Tuesday said they are ready to start the trials.However, the agencies will continue their investigation into the larger...

After being pulled up by the Bombay High Court, the Central Bureau of Investigation (CBI) and Maharashtra Police's Special Investigations Team probing the murders of anti- superstition crusader Narendra Dabholkar and leftist leader Govind Pansare, respectively, on Tuesday said they are ready to start the trials.

However, the agencies will continue their investigation into the larger conspiracy behind the murders, they informed the HC.
A division bench of Justices SS Shinde and Manish Pitale recorded the statements of the two agencies and said the court will continue to monitor their probe.
"We don't even want slight doubt that investigation is not properly done. We will keep on monitoring case and find out what is left to be done and what steps have been taken by you," Justice Shinde observed.
Following a statement by advocate Abhay Nevagi representing Dabholkar's and Pansare's families' that the case has reached this far only because of the Court's intervention, Justice Shinde said they will go to the root of the matter.
"We will go to root of matter. We will not let any agency do this. If this is to happen in a modern state like Maharashtra, this court is definitely concerned," the bench said.
The HC is monitoring the investigation into the murders of Dabholkar and Pansare, killed on August 20, 2013, and February 20, 2015, respectively, on a clutch of petitions by their families.
On the last occasion the bench sought to know from both the agencies the time they will take to complete the probe. "One day there has to be an end to this. This is a 2013 incident; we are in 2021," Justice Shinde had observed.
During the hearing on Tuesday, Additional Solicitor General Anil Singh appearing on behalf of the CBI said that an incorrect statement was made by the petitioner during the last hearing that the trial in the 2017 murder of journalist Gauri Lankesh, in Karnataka, has already begun.
"There is a plea filed by us which sought stay of trial because investigation was in progress. That petition is withdrawn," Singh submitted.
Counsel for the State SIT, Senior Advocate Ashok Mundargi submitted a status report in a sealed envelope and said 10 people have been arrested for Pansare's murder, while two continue to remain absconding. "We are also ready to start the trial."
Owning to the sensitivity of the case Mundargi further submitted, "Everything cannot be said in open court and cannot even be said in print document."
The bench then posted the matter for further hearing on April 15.
TagsDabholkar- Pansare Murders CBI SIT Bombay High Court Justice SS Shinde Justice Manish Pitale
Next Story
Similar Posts
+ View more
Law Firms
+ More