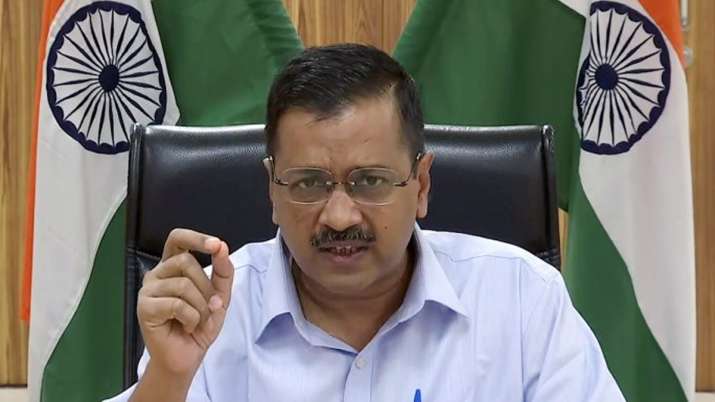 A Delhi Court on Monday denied bail to eight men accused of vandalising Chief Minister Arvind Kejriwal's official residence on March 30, observing that their fundamental right to peacefully protest was exceeded by them intentionally. Additional Sessions Judge Naveen Kumar Kashyap denied bail to eight accused persons after observing thus:"Deprivation of liberty must be considered a...

A Delhi Court on Monday denied bail to eight men accused of vandalising Chief Minister Arvind Kejriwal's official residence on March 30, observing that their fundamental right to peacefully protest was exceeded by them intentionally.

"Deprivation of liberty must be considered a punishment unless it can be required to ensure that an accused person will stand his trial when called upon. The courts owe more than verbal respect to the principle that punishment begins after convictions, and that every man is deemed to be innocent until duly tried and duly found guilty. From the earlier times, it was appreciated that detention in custody pending completion of trial could be a cause of great hardship," the Court observed.

It added "From time to time, necessity demands that some unconvicted persons should be held in custody pending trial to secure their attendance at the trial ,but in such case necessity is the operative test. In this country, it would be quite contrary to the concept of personal liberty enshrined in the constitution that any persons should be punished in respect of any matter, upon which, he has not been convicted or that in any circumstances, he should be deprived of his liberty under Article 21 of the Constitution upon only the belief that he will tamper with the witnesses if left at liberty, save in the most extraordinary circumstances."

The Court said that apart from the question of prevention being the object of a refusal of bail, one must not lose sight of the fact that any imprisonment before conviction has a substantial punitive content and it would be improper for any court to refuse bail as mark of disapproval of former conduct whether the accused has been convicted for it or not or to refuse bail to an unconvicted person for the purpose of giving him a taste of imprisonment as a lesson.

"While considering an application for bail either under Section 437 or 439 CrPC, the court should keep in view the principle that grant of bail is the rule and committal to jail an exception. Refusal of bail is a restriction on personal liberty of the individual guaranteed by Article 21 of the Constitution. Seriousness of the offence not to be treated as the only consideration in refusing bail : Seriousness of the offence should not to be treated as the only ground for refusal of bail," it said.

It added "But, the liberty of an individual is not absolute. The Society by its collective wisdom through process of law can withdraw the liberty that it has sanctioned to an individual when an individual becomes a danger to the societal order. A society expects responsibility and accountability form the member, and it desires that the citizens should obey the law, respecting it as a cherished social norm. Therefore, when an individual behaves in a disharmonious manner ushering in disorderly thing which the society disapproves, the legal consequences are bound to follow."

The Court said that there is no doubt that right to assemble and protest by political party is a fundamental right, however, having noted so it can also be noted that such right is subject to certain restrictions and not a uncontrolled one.

"In the present case, it is not a simple case that they protested and ended their protest then and there. But as per the investigation carried and reply filed by the Police, despite telling protesters and their leaders, including the present applicants, they can protest at a particular place, they did not comply with the same. Not only this, it is not at one stage but at three different security layers of barricades 1, barricade 2 and barricade 3, they violated the directions of the concerned police officials. Further, it may be noted that such protesters / applicants had no regard even to the directions issued by Hon'ble High Court which were communicated to them, as per the reply of Delhi Police, that no protest is allowed at CM house, as they still continued with their protest. Not only this, prima facie, it appears that present accused persons are out of those accused persons who even caused damage to the public property and injury to the police officials," the Court said.

It added "Thus, prima facie it is clear that their fundamental right to peacefully protest is exceeded by them knowingly / intentionally. Further, it is rightly stated by the police official concerned that investigation is at very initial stage and they are still investigating the other offences which are committed, if any, including u/s 149 IPC. It is further stated that they are still awaiting reply to the notice given to the concerned official of CM house regarding the cctv footage and the damage to the boom barrier. Further, even the period to seek police remand is not yet over. Therefore, having regard to the manner in which the present offence is committed, the very initial stage of the investigation and the role assigned to the present accused persons, this Court is not inclined at this stage to grant them regular bail. With these observations these eight connected bail applications are disposed of as dismissed."

The High Court had earlier this week sought a status report, in a sealed cover, on the investigation being carried out into the incident of attack and vandalism at Chief Minister's official residence on March 30.

The petition alleged that on March 30, "several BJP goons" in the garb of a protest, launched an attack on the official residence of the CM, videos and photographs of which show that such persons "casually walked through the security cordon maintained by Delhi Police, kicked and broke the boom barrier, broke the CCTVs cameras with lathis, threw paint on the gate of the residence and almost climbed over the gate."

It further alleged that the Delhi Police completely abdicated its duty, without any regard for the fact that they were protecting an elected constitutional functionary who was given Z+ security by Delhi Police itself.