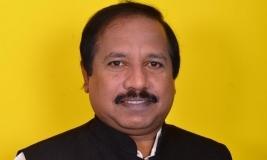 A Delhi Court on Friday sought replies of the President as well as the Secretary General of Indian Medical Association (IMA) on the maintainability of the suit seeking their removal, on allegations of hurting religious sentiments of people belonging to the Hindu religion by showing comparative superiority of Christianity over Hinduism.Civil Judge Deeksha Rao of the Tis Hazari Court asked...

A Delhi Court on Friday sought replies of the President as well as the Secretary General of Indian Medical Association (IMA) on the maintainability of the suit seeking their removal, on allegations of hurting religious sentiments of people belonging to the Hindu religion by showing comparative superiority of Christianity over Hinduism.

Civil Judge Deeksha Rao of the Tis Hazari Court asked the defendants- IMA President Dr. JA Jayalal, Secretary General Dr. Jayesh M Lele, and National Medical Commission to file their reply with regards to the application filed under Section 91 CPC, under which the leave of the Court has to be sought before proceeding with the suit. The Court had then adjourned the matter to August 5.

Advocate Prabhas Bajaj appearing for IMA Chief, Honorary Secretary and the Indian Medical Association objected to the maintainability of the suit. It was submitted by him, that there is no legal basis for the filing of this suit against IMA which is a private association of doctors in the country.

It was also submitted by Mr. Bajaj that the plaintiffs do not have any locus to challenge the manner in which IMA functions.

Furthermore, it was also submitted at the outset that the suit in question has been filed during the Covid pandemic only with a view to harass and intimidate doctors and that the plaintiffs had relied upon fake news articles against which the National President of IMA – Dr. J.A. Jayalal, has already filed a cyber complaint.

On the application under sec. 91, praying for leave of court to file such a suit, it was submitted that the same ought to be rejected in this case.

IMA would be filing its reply to the said application and the issue of maintainability of the suit ought to be decided first before proceeding further.

He reiterated that the suit is not maintainable and that the issue of maintainability would deserve to be decided first by adjudicating the Section 91 CPC application.

He further submitted that IMA being a private association of doctors is fully entitled to give its endorsement to any product and there is no violation of the Code of Ethics by the IMA.

On this, the Court sought the defendants' reply on the aspect of maintainability of the suit and ordered thus:

"It is submitted by the counsels for defendant no.1,2,3 and 4 that they would like to file reply to the application filed by the plaintiff U/s 91 CPC. Reply, if any be filed before the next date of hearing with advance copy to the other party."

The Court shall now consider the matter for deciding whether the suit is maintainable or not on the next date of hearing.

The development came in a suit filed through Advocate Bharat Malhotra praying for directions to the National Medical Commission for taking strict action against IMA President, Secretary General for allegedly and maliciously bringing Christianity in the statements given to various news channels/ magazines. It was alleged that they conduct themselves unethically, by ignoring the memorandum and bye-laws applicable to the IMA and their office bearers. The Court had last month issued summons in the suit.

"That the act of defendant no.1,2 not only hurting the religious feeling of plaintiffs along with crores of hindus but also running a campaign against the Hinduism, Ayurveda & national interest by way of promoting Christianity in India through grabbing post and misusing the position in IMA president as everybody knows that the person, who having higher position can leave great impact on the society even his remarks are attracting penal charges against defendant no.1" the suit read.

"It is also important to mention here that the defendant no.1& 2 showing comparative superiority of allopathic medicine over the Ayurvedic medicine as well Christianity over Hinduism. It is also important to mention here that in this terrible situation of covid-19, the defendant no.1 said to crores of Hindus that life is safe only by the grace of Jesus Christ and abusing his position, he has also mislead the medical students as well doctors by defame even a sacred profession like medical, which served & saved numbers of lives."

The plea therefore prays for restraining them use IMA platform or post or individual for propagating any religion & desist them from making any statement to propagate any religion or hurting the sentiments of Hindus or others through any mode.

Additionally, it also prays for an order granting a decree of permanent injunction against the defendants to immediately desist from making any derogatory statement through any mode against the Ayurveda treatment hurting the sentiments of Ayurvedic believers like plaintiffs.

In a related news, a Delhi Court had last month asked the Indian Medical Association President, Dr. JA Jayalal to not use the IMA platform for propagating any religion and rather to concentrate on welfare of medical fraternity and observed that "saying Christianity and Allopathy are same and is a gift of western world would be the "most inaccurate assertion".