Delhi Govt Is Not Conducting Almost 50% Capacity of RT-PCR Tests, It Is More Focused on RAT Despite Knowing That RT-PCR Is The Golden Test: Delhi HC [Read Order] 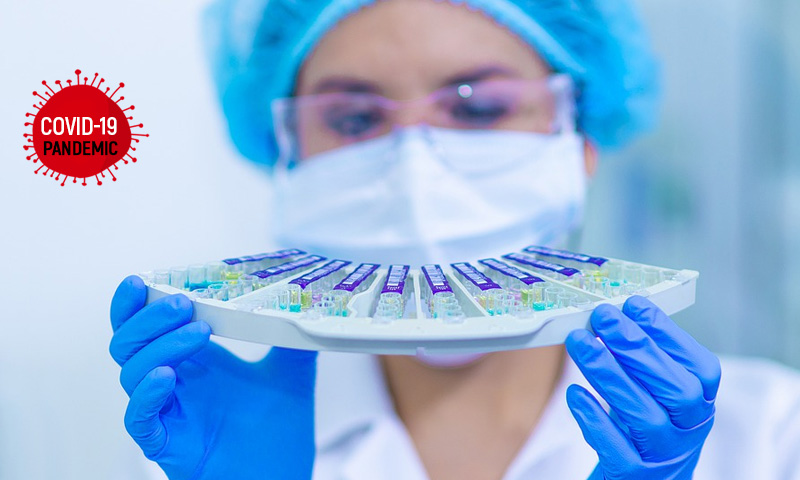 Delhi High Court has observed that almost 50% capacity of the RT-PCR tests are not being conducted by the Delhi Government. While observing that despite having the capacity of conducting 11,000 RT-PCR tests per day the Delhi Government is only conducting 6,000 of such tests, the Division Bench of Justice Hima Kohli and Justice Subramonium Prasad has further noted that the...

Delhi High Court has observed that almost 50% capacity of the RT-PCR tests are not being conducted by the Delhi Government.

The order has come in a writ petition moved by Rakesh Malhotra seeking directions to be issued to the Delhi Government to ramp up testing capacity in the national capital.

Today, the court perused the Sero-surveillance report submitted by the National Centre For Disease Control which highlights that the highest prevalence of the virus has been found in Shahdara, Central District and North-East District, whereas the lowest prevalence is in the South-West District, followed by the South District.

The said report also indicates that higher the density of population in a district, larger the number of cases of COVID-19 infection.

In light of this report, NCDC informed the court that it has recommended the Delhi Government to increase the testing through the RT PCR mode for the public rather than the RAT. However, for those who are to be admitted or propose to undergo surgical/non-surgical procedures in

Hospitals, the order of testing should be RAT followed by RT PCR with the idea that the RAT results are faster and therefore, the follow up treatment can be expedited.

Appearing for the Indian Council Of Medical Research, Dr Nivedita Gupta submitted that the ICMR has never advised that the RT-PCR tests, which is considered a golden test, can be replaced with RAT.

Rather, Dr Gupta highlighted, keeping in mind the low sensitivity of the RAT, RT PCR test is particularly recommended for persons who intend

to undergo surgical/non-surgical procedures, over and above the RAT test.

In addition to this, the Petitioner informed the court that the Delhi Government has issued orders dated 05/07/20 and 09/07/20, directing that RAT should be conducted on certain high risk group of individuals who visit healthcare facilities, which includes patients admitted with Severe Acute Respiratory Infection (SARI).

Dr Gupta from ICMR also reiterated this stands and submitted that RAT is not required to be conducted on patients suffering from SARI and they are to be tested directly through RT PCR.

In light of these submissions, the court has directed the Delhi Government to amend its orders dated 05/07/20 and 09/07/20 forthwith by deleting any reference to the patients admitted with SARI, requiring them to undergo the RAT.

On the issue of the prior requirement of a doctor's prescription for seeking a COVID19 test, the ICMR has clarified that the said requirement is mandatory and not only doctors from the government sector, but doctors from the private sector are also empowered to prescribe the RT-PCR test subject to the Advisory issued by the ICMR.

At this stage, the court pulled up the Delhi Government for not uploading the aforesaid advisory of the ICMR on its website. The court said:

'Circular dated 01.07.2020, jointly issued by the ICMR and the Ministry of Health is not available on the website of the Delhi Government, which is

rather surprising. The least we expect Delhi Government to do is to regularly update its website and upload all the Advisories, Circulars etc. issued by the ICMR, NCDC and other authorities, relating to COVID-19 news, to keep the public well informed. Press alone cannot be the medium for disseminating information. This is not to state that the press has not played a positive role in publicizing information relating to COVID-19.'

The court has further directed the Delhi Government, ICMR and the NCDC to file fresh status reports before the next date of hearing.

The court will next take up this matter on August 04.