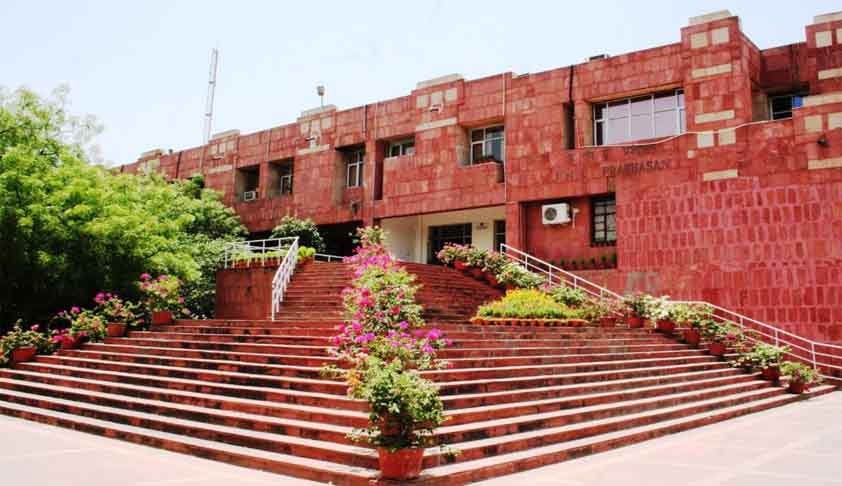 Delhi High Court has asked the Central Government and Jawaharlal Nehru University to file affidavits in a petition challenging the provision of 27% reservations to the persons belonging to OBC category in post graduation courses in Central educational institutions, specifically in JNU.

While giving 2 weeks time to the Respondents to file affidavits-in-reply, the Single Bench of Justice Rajiv Shakdher has noted that it will examine the matter in detail only once the said affidavits are filed.

The petition has been filed by Advocate Nishant Khatri, through Advocate Dr. Subhash Vijayran, challenging an Office Memorandum dated April 20, 2008, issued by the MHRD whereby the above provision was introduced.

The plea states that the law with regards to reservation for the OBC category was settled by the Supreme Court in Ashok Kumar Thakur v. Union of India, (2008) 6 SCC 1, whereby it was held that there shall be no reservation for OBCs in post-graduate courses.

In the said case, the Supreme Court had upheld the validity of reservations in respect of persons belonging to the OBC category for admissions under the Central Educational Institutions (Reservation in Admissions) Act, 2006 but with two express caveats:

First, that the persons from creamy layer of OBCs would be excluded from reservations (unanimous decision).

Second, that OBCs would not be eligible for reservations in Post-Graduate Courses (decision by 3:2 majority).

In this backdrop the Petitioner has contended that the impugned OM is "contemptuous" inasmuch as it is in conformity with the first caveat but not with the second one.

The Petitioner has also contended that the OM is violative of Article 15(5) of the Constitution. He has submitted that the "special provisions" permitted under Article 15(5) are inter alia for Socially and Educationally Backwards Classes (SEBCs).

In this context he further pointed out that as per the majority judgment in Ashok Kumar Thakur case, "Once a candidate graduates from a university, the said candidate is educationally forward and is ineligible for special benefits under Article 15(5) of the Constitution for post graduate and any further studies thereafter".

Accordingly the Petitioner has contended that impugned OM and the e-prospectus issued by JNU, providing 27% reservations to OBCs in its post-graduate courses, is unconstitutional being violative of Article 15 of the Constitution of India as interpreted by the constitution bench of the Supreme Court.

The Petitioner has submitted that he belongs to the Unreserved Category and intends to pursue his Post Graduation from JNU, which issued an e-prospectus last month as per the impugned OM thus, adversely affecting him.

He has further submitted that the cause of action in the present case is recurring and continuing year after year till date, with all Central Educational Institutions implementing the contemptuous OM of MHRD.

Accordingly, quashing of both the OM as well as the e-prospectus has been prayed for.