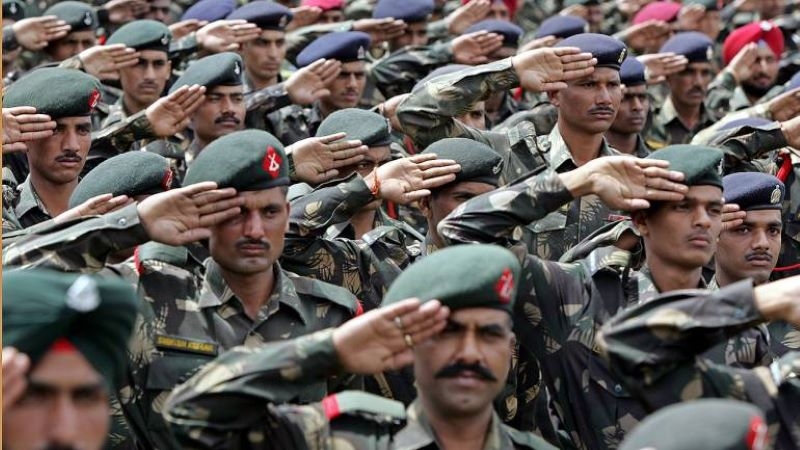 The Delhi High Court has directed the Central Government to submit in a sealed cover its policy regarding the use of social media by members of armed forces. The order has come in a plea moved by Lieutenant Colonel PK Choudhary challenging an order of the Director General of Military Intelligence, requiring all personnel in the Indian Army to delete Facebook, Instagram and 87...

The Delhi High Court has directed the Central Government to submit in a sealed cover its policy regarding the use of social media by members of armed forces.

The order has come in a plea moved by Lieutenant Colonel PK Choudhary challenging an order of the Director General of Military Intelligence, requiring all personnel in the Indian Army to delete Facebook, Instagram and 87 other social media applications.

The Division Bench of Justice Rajiv Sahai Endlaw and Justice Asha Menon noted that they will only go into the merits of the petition after carefully perusing the impugned policy.

The bench passed the order after noting that the petition has been filed on the basis of newspaper reports regarding the social media ban in Army, without producing the actual order.

The court, however, refused to grant interim relief to the Petitioner who had asked for permission to deactivation of his Facebook account instead of deleting it as the deletion of the account will result in permanent destruction of valuable data.

"...the question of granting any such interim relief does not arise especially when the matter has the potential of concerning the safety and security of the country", the bench observed.

The petition has been filed by a serving lieutenant colonel, who is finding it difficult to connect with his family which resides outside India, in the absence of access to social media.

He has submitted that he uses his Facebook account responsibly in accordance with the guidelines issued by the Indian Army from time to time, and he has never shared any classified or sensitive information pertaining to his role and duties as an Indian Army officer over Facebook or any other social networking platform.

"Soldiers rely on social networking platforms like Facebook to address various issues arising in their families while posted in remote locations and often use the virtual connect to compensate for the physical distance existing between themselves and their families," the plea states.

"Article 33 permits the Parliament, by law, to modify fundamental rights by members of armed forces i.e, Soldiers. The Respondent No.1 is not the Parliament. Ban on use of social networking platforms and order to delete accounts vide the Policy is an attempt by the Respondent No.1 to usurp and assume powers which are vested exclusively with the Parliament in terms of Article 33," the Petitioner argues. Reliance is placed on Union of India v. G.S. Bajwa, (2003) 9 SCC 630.

It is also submitted that the restrictions contained in the Policy, particularly relating to ban on use of social networking platforms and deletion of accounts therein are not contemplated under Section 21 (Power to modify certain fundamental rights in their application to persons subject to this Act) of the Army Act, 1950 and or the Rules framed by the Central Government in terms of the said provision.

The Petitioner has pointed out that while on one hand Soldiers are ordered to stop using all major social media platforms and to delete their user profiles, on the other hand the Respondents are formulating plans to sensitise soldiers and train them in proper and safe conduct over social networking platforms.

"Such contradictions in the Policy are a testament to the non application of mind while formulating the same," the Petitioner remarks.

Further, it is contended that the policy is violative of Article 14 of the Constitution inasmuch as there are several members of the civil administration and political class who possess information of a much higher level of sensitivity than a regular soldier. However, no restrictions on use of social media apply to the said persons.

The Petitioner has therefore prayed the High Court to direct the Respondent to withdraw its "draconian" Policy dated June 6, 2020, to the extent it precludes the army personnel from using social media or requires them to delete their accounts.

He has also sought a declaration that Director General of Military Intelligence is not empowered under the constitution or under any other law to modify, amend or abrogate the fundamental rights of the members of the armed forces.