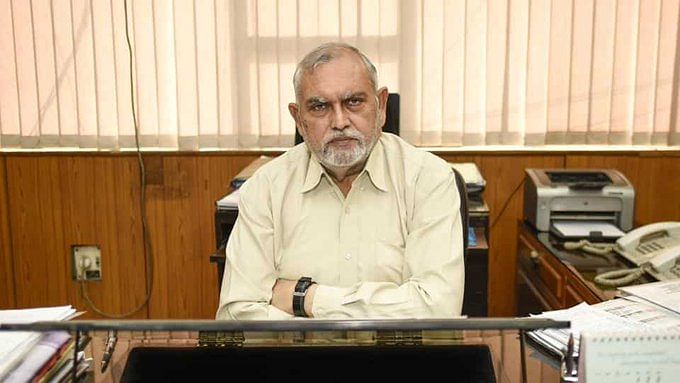 4(4)(f) of the Delhi Minorities Commission Act against Zafarul Islam Khan in accordance with law in two weeks.

In today's proceedings, Delhi Government submitted status report wherein it was stated that the Lieutenant Governor of Delhi has directed the Administrative Department concerned to initiate action as per provision of Section 4 of the Delhi Minorities Commission Act against Zafarul Islam Khan.

Citing the seriousness of the matter, the Lieutenant Governor also informed Delhi's Chief Minister Arvind Kejriwal that the content of Khan's post prima facie appear to have the potential of disturbing communal harmony in the city.

In the last hearing, the Delhi High Court had noted that any decision to remove Zafarul Islam Khan from the position of the Chairman of the Delhi Minorities Commission has to be taken by the Delhi Government and the court cannot order any such removal even before any opinion has been formed by the government.

The Division Bench of Justice Rajiv Sahai Endlaw and Justice Sangita Dhingra Sehgal had further observed that the Lieutenant Governor of Delhi has already taken steps in this regard by issuing a show cause notice to Zafarul Islam Khan on May 08.

Although, the court did ask the concerned authorities to take the decision expeditiously as Zafarul Islam's term as a Chairman will come to an end on July 14, post which this petition would become infructuous.

The decision has come in a plea seeking immediate removal of Zafarul Islam Khan from the position of the Chairman of the Delhi Minorities Commission for allegedly making seditious and hateful speeches.

The Petitioner claims that the Zafarul Islam gave a direct threat of inciting a foreign attack on India by the words allegedly quoted by him in his Facebook post. This, as per the Petitioner, has brought about contempt, hatred and disrespect towards the sovereignty of India.

The continuance of Zafarul Islam as a Chairman despite registration of the FIR, the Petitioner claims, maligns the image of the Minorities Commission in the eyes of the international community.

'a bare perusal of the aforesaid public statement made by Zafarul Islam further categorically reveals that he has deliberately and intentionally promoted enmity between different groups on the ground of religion and has done acts prejudicial to maintenance of harmony. By using derogatory language against the majority community, Zafarul Islam has further promoted disharmony, feeling of enmity, hatred and ill-will between two groups, which is likely to disturb the public tranquillity and is further likely to cause fear or alarm or a feeling of insecurity amongst members of different religious groups', the petition states.

The Petitioner also submits that the Delhi Police Special Cell has filed an FIR dated 02.05.2020 against Zafarul Islam under Section 124A and 153A IPC for his alleged hateful comment and for allegedly promoting feelings of hatred between different groups on the grounds of religion, race, place of birth, residence and language.

The Petitioner further argues that:

'The right of freedom of speech and expression cannot be exercised by jeopardizing public law and order. Zafarul Islam has tried to provoke a particular community to resort to violence against the majority community of India.'

In light of these submissions, the Petitioner has asked the court to issue a direction to the Delhi Government, asking it to immediately remove Zafarul Islam Khan from the position of Chairman of the Delhi Minorities Commission.