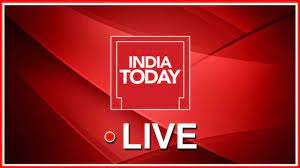 The Delhi High Court has directed 'TheCognate' to block the tweet in the form of infographic and other social media posts made against India Today News Channel alleging to show that there has been a contrasting and biased approach in its reporting against Muslim community concerning COVID protocol violations relating to religious gatherings at Kumbh Mela and Mecca Masjid. Observing that...

The Delhi High Court has directed 'TheCognate' to block the tweet in the form of infographic and other social media posts made against India Today News Channel alleging to show that there has been a contrasting and biased approach in its reporting against Muslim community concerning COVID protocol violations relating to religious gatherings at Kumbh Mela and Mecca Masjid.

Observing that the imputation that India Today News Channel having two different approaches while reporting events pertaining to Hindu and Muslim community can serve as a death knell for a fair news channel, a single judge bench comprising of Justice Sanjeev Narula granted the interim relief in favour of India Today while ordering thus:

"Accordingly, during the pendency of the suit, Defendant Nos. 1 and 2 are directed to block forthwith, the tweet, infographic and the related posts from their Twitter handle '@TheCognate', Facebook page '@TheCognate', Instagram page '@thecognate' and other social media or any other website on the internet, in print or electronically or other media within a period of one week from the date of the receipt of this order."

The Court was of the view that the accusation of having different approaches i.e., biased reporting was "patently a surmise that is unsubstantiated from the material on record."

Furthermore, the Court was also of the view that:

"In the 21st century digital world, the electronic records on the Internet proliferate and disseminate swiftly, are never completely erased and are capable of inflicting irreparable harm. Thus, the depiction in the infographic being ex-facie untrue, evidently defamatory, will continue to damage the reputation of the Plaintiff, if not ordered to be taken down."

The subject matter of the case rests on three tweets posted on the twitter handle of India Today showing the coverage related to violations in following covid 19 protocols during Kumbh Mela and Mecca Masjid.

The first tweet was displayed under the title "Covid protocols go for a toss during Kumbh Mela 2021" and the second tweet carried the title "Lakhs take holy dip to mark Shahi Snan at #Mahakumbh at #Haridwar watch #5iveLive, with @ShivAroor". The third tweet was posted under the title "Social distancing goes for a toss at Hyderabad's Mecca masjid on day 1 of Ramadan."

It was thus the case of the plaintiff news channel that the defendant had accused it of 'islamophobia' by showing an imputation which is per se defamatory.

According to the plaintiff, it was submitted that the defamatory infographic and other social media posts shared by TheCognate were seen by thousands of people and were also shared by influential persons thereby causing substantial damage to its reputation.

Further submitting that the infographic was founded on falsehood, it was also stated that India TV news channel has a pride in adhering to the gold standards of journalism which is being lowered by the defamatory infographics by the defendant in the eyes of right thinking citizens of the society.

It was also submitted that TheCognate had "cherry picked" the headlines of the two tweets to make an incorrect comparison, so as to falsely suggest that the Plaintiff had taken two different approaches and is biased against Islam religion.

Going through the facts of the case and the alleged tweets in question, the Court observed that a closer look at the impugned infographic essentially contrasts headlines of two tweets.

"The use of a hashtag ('#') on Twitter is to categorize a tweet and this eventually helps while searching for a tweet. Thus, the impugned tweet would be shown in search results on Twitter, if one were to use the hashtags 'IndiaToday', 'Islamophobia' or any other hashtag(s) listed in the tweet." The Court observed.

Furthermore, the Court also reiterated that the right to freedom of speech and expression enshrined under Article 19(1)(a), comes with certain limitations or 'reasonable restrictions' as provided in the Constitution. In view of this, the Court said:

"Freedom of speech does not entitle anyone to resort to speech that is defamatory. Cognizant of the sacrosanct right invoked by the Defendant Nos. 1 and 2, and the limitations attached thereto, the Court proceeds to delve into the issue whether an injunction is warranted in the facts of the present case."

Looking at the tweets posted by India Today news channel on their twitter handle, the Court observed that there was no different approach of the news channel in reporting the religious gatherings at Kumbh Mela and Ranadaan.

"On the basis of the afore-noted undisputed material placed on record, the Court finds that the infographic in question has made a wrong comparison of two tweets to insinuate that the Plaintiff is biased towards the Muslim community. Defendant Nos. 1 and 2 have, through the infographic, and use of the term 'Islamophobia' levelled a very serious allegation against the Plaintiff i.e., of being prejudiced against the Islam religion or Muslims." The Court observed at the outset.

"In the present scenario, as discussed above, the Court has come to the inevitable conclusion that the infographic shared by Defendant Nos. 1 and 2 is false, misleading, and unarguably defamatory. It is plain that the justification is bound to fail, as there is no cogent authentic material to support the imputations. The above factors clubbed together inescapably lead to the prima facie conclusion that Defendant Nos. 1 and 2, acted in a mala fide manner."