Delhi HC Dismisses Plea Against The Appointment Of Sanjay Dwivedi As Director General Of IIMC, Delhi 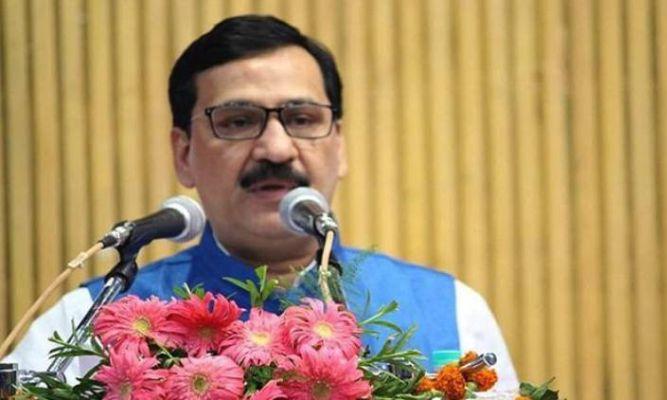 The Delhi High Court has rejected a petition filed by a Professor and Dean of School of Mass Communication at Chitkara University, Punjab, demanding the quashing and setting aside of the appointment of Sanjay Dwivedi as Director General of Indian Institute of Mass Communication, Delhi. The plea also demanded setting up of an inquiry to probe into the alleged 'illegal...

The Delhi High Court has rejected a petition filed by a Professor and Dean of School of Mass Communication at Chitkara University, Punjab, demanding the quashing and setting aside of the appointment of Sanjay Dwivedi as Director General of Indian Institute of Mass Communication, Delhi. The plea also demanded setting up of an inquiry to probe into the alleged 'illegal appointment'.

Indian Institute of Mass Communication is an autonomous institute set up in 1965, under the Ministry of Information & Broadcasting, holding a repute in the field of mass communication, teaching, training, research and consultancy.

The petitioner referred to an advertisement dated 13.06.2019 by IIMC inviting applications for the post of Director General for which the essential educational and other qualifications were, a Masters' degree, minimum 25 years' experience in the field of journalism/films/media with administrative experience of holding senior positions in Academic/ Professional Institution/University Department/Organization of National repute, or officers not below the rank of Additional Secretary in the Government of India or equivalent thereto with experience of managing or making personal contribution in one of the areas of writing stories/lyrics/screen play, film editing, production of films/TV programmes.

The petition cited instances and alleged that in the past too, Sanjay Dwivedi had been appointed to the post of Reader in MCRPV, Bhopal, a petition against which was pending in the Jabalpur High Court.

The petition attacked the very career-graph of Mr. Sanjay Dwivedi, alleging a history of appointments without Dwivedi meeting relevant criteria.

In support of his contention, the petitioner submitted that, in violation of the requirement of a Ph.D degree, Dwivedi was appointed as a 'Reader' and thereafter an Associate Professor, followed by promotion as Professor, and appointment as Vice-Chancellor. The petitioner alleged that although Dwivedi had enrolled himself for Ph.D at Central University, Bilaspur, he had not completed the degree course and that even though as per the UGC Guidelines, Academic Performance Index (API) score of at least 400 was required for appointment as Professor, instead of the application of actual API parameters as per UGC norms, his write-ups, features etc. were counted for his promotion as Professor.

Against the present appointment, the petition alleged that minimum experience of 25 years was a prerequisite in the advertisement. It argued that as Dwivedi had acquired his Master's degree in Journalism and Mass Communication in 1995-96 and the mark sheet was issued in December, 1996, as on the cut-off date, Dwivedi had only 23 years-experience.

Additional Solicitor General Vikramjit Banerjee, appearing on behalf of IIMC, contended that writ in the nature of quo warranto lies only when the appointment challenged has been made contrary to the statutory provisions/Rules, and the petitioner had to satisfy the Court that the office in question was held by an appointee whose appointment was without the requisite qualifications, and that there was a violation of any statutory provision. He referred to the judgment of the Supreme Court in B. Srinivasa Reddy v. Karnataka Urban Water Supply Board Employee's Association & Ors. [(2006) 11 SCC 731] wherein it was held that the Court cannot sit in judgement over the wisdom of the Government in the choice of person to be appointed so long as the person chosen possesses the prescribed qualifications.

ASG on behalf of the government also submitted that the allegation of the petitioner that Dwivedi did not possess 25 years of relevant experience was baseless, as counting his experience with effect from 10.07.1994 he met the requirement of having 25 years-experience as on 19.07.2019.

It further noted that the petitioner had primarily challenged the appointment on the ground of Dwivedi not meeting the minimum eligibility criteria, predicated on the ground that respondent No.3 acquired the Master's Degree in 1995-96 and the last date for submission of the application under the Advertisement being 19.07.2019, Respondent No.3 does not have the requisite 25 years-experience. However, Delhi High Court reasoned that is "not the requirement in the Advertisement that the requisite experience must be post acquisition of the Master's Degree, as erroneously contended by the petitioner. The advertisement can only be read in the manner it is authored and it is not open to the Court or to the petitioner to read into the advertisement requirements of eligibility which do not exist."

The Court relied on the decision of Jose Meleth v. Union of India & Ors. W.P (C) No. 1443/2012 & CM APPL 3149/2012 where is was held that the Courts cannot, while exercising powers of judicial review, sit over the decisions of Expert Selection Committees, and that the "fetters and limitations on the Courts to review actions of Selection and Appointment Committees and the limited window available in this field cannot be ignored. Principles laying down the strict parameters in interfering have been affirmed and re-affirmed in various judicial pronouncements."