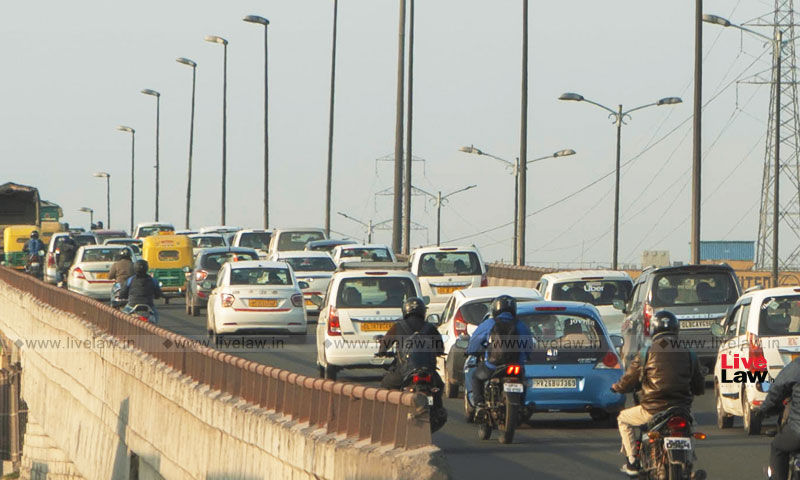 The Delhi High Court on Thursda issued notice in a plea seeking on the spot compounding of traffic challans under the Motor Vehicles Act.

The Division Bench of Chief Justice DN Patel and Justice Hari Shankar has issued notices to Delhi Government, Commissioner of Delhi Police, and Ministry of Road Transport and Highways.

Moved by Advocate Amit Sahni, the petition seeks notifying of compounding fee and officers for compounding the offences under the Motor Vehicles Act.

Further, the petition wants a clarification for accepting payments of more than ₹2000 through debit cards via the Virtual Courts web portal.

As per the Petitioner, the traffic police is unable to compound offences on the spot, and the challans are being sent to courts which is leading to further overburdening of the judiciary.

It is also causing hardship to public, as they are not able to compound the petty violations at the spot and have to revisit the circles for collection of impounded documents even after disposal challans in virtual court (Traffic).

The Petitioner has also highlighted that the Virtual Courts web portal accepts only credit cards for payments exceeding ₹2000.

This, as per the Petitioner, is not inclusive of people who come from poor strata of society and do not possess a credit card.

Therefore, in light of the substantial increase in the amounts charged for traffic violations, the Petitioner wants the Virtual Courts portal to accept debit cards as well for payments exceeding ₹2000.

The court will next take up this matter on April 17.