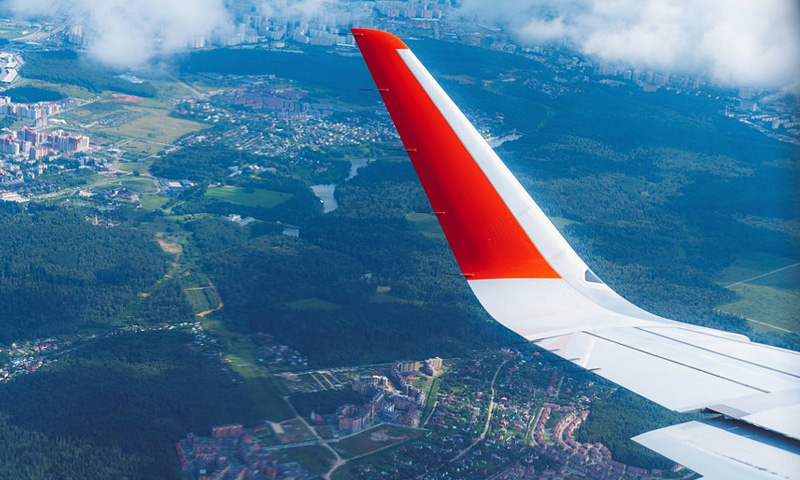 Delhi High Court rejects a PIL seeking to challenge the decision of the Central Government to set minimum fare for air travel.

While noting that there cannot be any mathematical solution for problems faced during the pandemic, the Division Bench of Chief Justice DN Patel and Justice Prateek Jalan observed that exercise of tariff fixation, and economic matters in general, are issues on which the writ court would generally refrain from exercising jurisdiction, unless found to be totally arbitrary or unreasonable.

The said order has come in a PIL filed by Mr Veer Vikrant Chauhan, seeking the court's direction to quash the order dated 21/05/20 by the Ministry of Civil Aviation wherein it fixes minimum air fare for travel from point A to point B.

The Petitioner had also demanded the applicability of Minimum Fare to Travel Ports and Travel Agents and other Agents who are selling tickets.

The Petitioner had highlighted that the fare from Delhi to Kolkata for the flight scheduled for 4th August, 2020, cost of which vary from ₹2,924/- to ₹3,153/- and is cheaper than the minimum fare fixed by the aforesaid order of the government.

While disagreeing with the contentions raised by the Petitioner, the court noted that whenever such type of tariff is fixed by the Government of India in exercise of the powers conferred under the Aircraft Act, 1934 to be read with rules enacted thereunder, the Courts would be extremely slow in interfering with the same.

The court highlighted that it is not sitting in appeal against decisions of the government in fixing minimum or maximum wages.

While observing that the minimum fare is also prescribed so as to strike a balance between the passengers as well as the airlines agency, the court noted that fixing of the fare is a complex phenomenon and a policy decision to be taken by the Government.

If the Petitioner has any grievance, the court said, he can approach the competent authority who will deal with the same in accordance with law.

'It ought to be kept in mind that this fixation of minimum and maximum fares is for the journey to be performed only for essential purposes. Section 8B(1) of the Aircraft Act, 1934 specifically clothes the Central Government with the power to take necessary measures to minimise the possible danger to public health in the event of outbreak of any dangerous epidemic.'