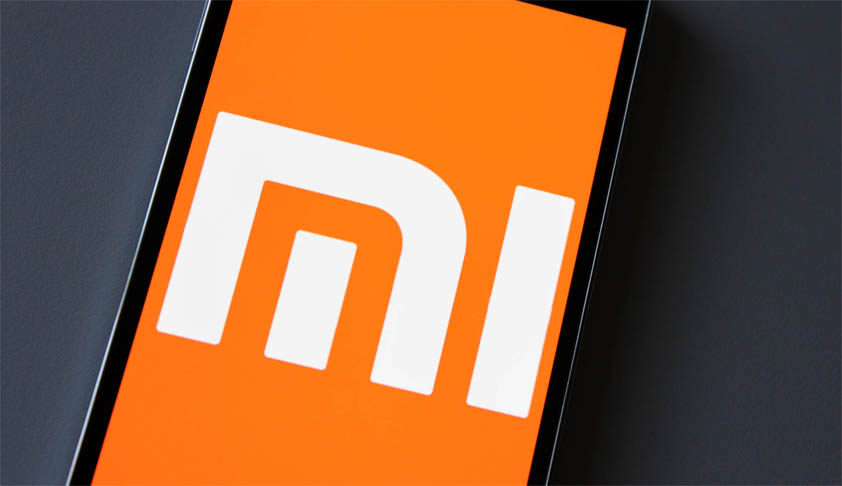 The Delhi High Court, on Friday, restrained Chinese electronics giant, Xiaomi from enforcing an anti-suit injunction order passed by Wuhan Intermediate People's Court against Interdigital Technology Corporation.The order of the Wuhan Court, directly negates the jurisdiction of this Court, and infringes the authority of this Court to exercise jurisdiction in accordance with the laws...

The order of the Wuhan Court, directly negates the jurisdiction of this Court, and infringes the authority of this Court to exercise jurisdiction in accordance with the laws of this country, Justice C. Hari Shankar observed in the interim order.

The Plaintiff herein, Interdigital Technology Corporation, had moved the High Court against infringement of its Standard Essential Patents (SEP) by Xiamoni. It was alleged that the Chinese company had been using its patented technology without entering into a licensing agreement.

Whereas the High Court had issued summons in the matter vide order dated August 4, 2020, the Wuhan Intermediary People's Court, China (Wuhan Court) granted an "anti-suit injunction", restraining the Plaintiff herein from pursuing and prosecuting the present suit, on the same day.

The Wuhan Court restrained the Interdigital from filing lawsuits before any courts in either China or any other countries and regions requesting to adjudicate the royalty rate of the royalty disputes in terms of the 3G and 4G SEPs against Xiaomi. It also directed Interdigital Technology Corporation to immediately withdraw or suspend their application for any temporary injunction before the High Court of Delhi  against Xiaomi Communications Co., Ltd., Xiaomi Home Commercial Co., Ltd., and Beijing Xiaomi Mobile Software Co., Ltd. as well as its affiliates in terms of the 3G and 4G SEPs involved in the case before Wuhan Court.

Interdigital Technology Corporation then approached the Delhi High Court seeking an injunction against Xiaomi, restraining them from pursuing or enforcing the anti-suit injunction order.

Opposing this plea, Xiaomi contended that the present suit before the High Court is in the nature of an anti enforcement injunction, and not an anti-anti-suit injunction, as claimed by plaintiffs. According to him, anti-enforcement injunctions against enforcement of orders passed in foreign jurisdictions, can only granted in following circumstances (i) where the order of the foreign Court was obtained by fraud, (ii) where, after the passing of the order, the parties had entered into an agreement not to enforce it, and were in breach thereof, and (iii) where the affected plaintiff had no means of knowing that such an injunction order was going to be passed, so as to enable him to approach the court and obtained a pre-emptive anti-suit injunction.

"I may observe, (i) the foreign proceedings are nowhere near the stage of judgement, (ii) the plaintiffs do not seek, in any case, to interdict the suit/complaint, pending before the Wuhan Court, (iii) the manner in which the defendants have acted borders on fraud, not only with the plaintiffs, but also towards this Court and (iv) the material on record does not indicate that the plaintiffs had any means of knowing, till the passing of the impugned order by the Wuhan Court on 23rd September, 2020, that it was in the offing. Far from having been aware that the hair, by which it hung, was about to snap, the plaintiffs could not even be attributed knowledge that the sword of Damocles was hanging over them."

The court also said that the operation of the order of the Wuhan Court, would violate public policy in this country.The court also noticed that conditioning the continuance of the prosecution, by the plaintiffs, of the proceedings before it, with a penalty of about ₹ 1 crore per day, the Wuhan Court has effectively rendered it impossible for the plaintiff to continue to prosecute these proceedings. The judge observed:

Holding that the suit is maintainable, the court further observed:

"If the anti-suit injunction order, passed by the foreign Court, results in the unfair deprivation of the right, of the plaintiff in this country, to prosecute its suit, which is maintainable as per the laws of this country, and cannot be prosecuted before any other forum, it is the bounden duty of the court, in this country, to protect the plaintiff from the damaging effects of such an injunction. No consideration of comity of courts can stand in the way of the court protecting such a plaintiff. If a litigant, who seeks to prosecute a litigation, maintainable under Indian law, to ventilate his due rights and entitlements, is to find himself at the mercy of a foreign court, which, though seized of an entirely different issue (even if marginally overlapping), injuncts the Indian litigant, ex parte, from prosecuting his litigation in India, we may as well consign the faith of the citizen, in the Indian judicial system, to the graveyard of posterity."

The Court thus granted injunction in favour of the Plaintiff and remarked:

"An order, passed by a Court outside the territory of India, which results in substantial injustice to the right of an Indian citizen to prosecute a cause which, according to Indian Law, is maintainable and capable of being prosecuted, may justifiably be interdicted, to the extent that the defendant, in India, who seeks to enforce such an injunction against the plaintiff, in India, can be restrained from doing so."

While doing so, it relied on the following legal principles:

Justice Hari Shankar emphasized that at the time of adjudicating disputes, the highest that law can aspire to, is "justice". He observed,

"Every court, at all instances, is bound to act ex debito justitiae. Law, which does not attain to justice, is stillborn, impotent, and unworthy of invocation. It is justice, and not law, that constitutes a preambular goal of our Constitution. Attainment of justice, and upholding of all efforts that aspire to that end, have, therefore, to remain the cherished objectives of every judicial forum in this country."

"The principle of comity of Courts, though hallowed and deserving of implicit adherence, cannot extend to allowing a defendant in a suit, being prosecuted in India, to employ the order of the Court, passed outside the territory of India, as a means to non-suit the plaintiff, who has instituted a plaint which, according to Indian Law, is capable of being maintained and prosecuted," the High Court held.

"There is no law, in this country, which can restrain the parties from prosecuting a proceeding, which has been preferred before a judicial forum… Access to justice is one of the pillars, on which the constitutional edifice of the legal system in this country stands… Any decree, which puts a petitioner, before a Court in this country, to punitive costs, for prosecuting proceedings instituted by him, strikes at the very root of the administration of justice, in the Indian legal system."

The Court was of the opinion that in issuing an anti-enforcement injunction, the court in India "does not interfere with the sovereign jurisdiction of a foreign judicial authority." It emphasized,

"It merely injuncts such enforcement, within its territories, of the order passed by the foreign judicial authority, by one of the parties before it, which divests the other party of a constitutional right, available to such other party under the laws of this country."