'Liberty Of A Person Cannot Be Left In Limbo On Belief Of State That He Is At Flight Risk': Delhi HC Upholds Bail Granted To Sanjeev Chawla In Match Fixing Case 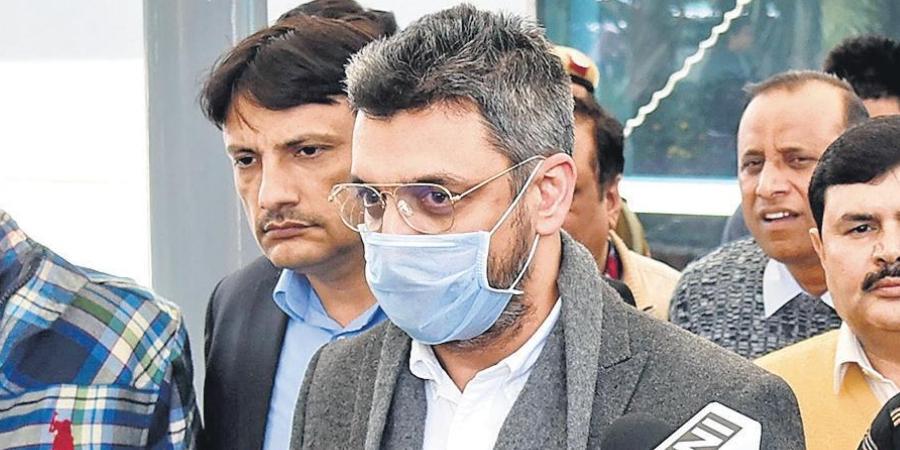 "Liberty being precious to human life, bail once granted ought not to be lightly cancelled"

The Delhi High Court on Wednesday dismissed an application for cancellation of bail granted to Sanjeev Kumar Chawla, prime accused in the fixing of India-South Africa Cricket Test Series, 2000.

In a detailed order, the single-Judge bench of Justice Asha Menon delved into the factors[i] that the court has to consider for cancellation of bail, while also observing that bail once granted, ought to not be interfered with unless compelling reasons arise.

"It is settled that once bail granted should not be cancelled in a mechanical manner without considering any supervening circumstances which is not conducive to fair trial. It cannot be cancelled on a request from the side of the complainant/ investigating agency unless and until it is established that the same is being misused and it is no longer conducive in the interest of justice to allow the accused any further to remain on bail. No doubt, the bail can be cancelled only in those discerning few cases where it is established that a person to whom the concession of bail has been granted is misusing the same," the bench reiterated the observations of the Supreme Court in Directorate of Enforcement v. Ratul Puri, 2020 SCC Online Del 97.

In the present case, the State Government had argued that the accused was the main link between the players and an alleged Syndicate which was running betting on the 2000 Test series.

It was alleged that the accused being an influential and rich man, had the ability to influence public witnesses who were yet to provide the ocular evidence in the case. Further, the state apprehended "high flight risk" of the Petitioner, now a citizen of the UK, if he remained on bail. It was submitted that the State had spent a great deal of time in getting him extradited from the UK.

The government also argued that the accused was being provided with adequate facilities in the prison, thus there was no risk of his contracting the COVID-19 infection. Moreover, he being a foreign national was not entitled to bail as per the scheme prepared by the High Power Committee for release of UTP during the pandemic.

Notwithstanding the state's arguments, the High Court held,

"Once the court deems it appropriate to grant bail to an accused and thus, allow him some freedom through the concession of bail during trial, it would require very cogent and overwhelming circumstances for the court to withdraw that concession."

The Court noted that the state had come up with the petition for cancellation of bail on the very next day of the grant of bail and as such there was no opportunity for the Accused to interfere with trial.

"No evidence to suggest that the respondent/accused was likely to abscond during the complete lockdown with no mode of transport including flights," the court noted.

In such circumstances, in the absence of any "supervening factors" that may justify the cancellation of the bail, the court refused to interfere with the order of the ASJ.

The court further observed in view of plethora of Supreme Court judgments that courts are now vested with the power and discretion[ii] to cancel bail even when there are no supervening circumstances. However, it cautioned that even this power cannot be exercised "capriciously".

"While it is no doubt correct that cancellation of bail is no longer limited to the occurrence of supervening circumstances and in the absence of any such supervening circumstances, the court dealing with an application for cancellation of bail is empowered to consider the soundness of the bail order, it should not act capriciously and without good reason to cancel the bail once granted as liberty of an individual is at stake," the bench said.

In the present case, the court noted the State itself had taken almost 20 years and yet, investigation was ongoing. Three other co-accused in the matter, the court observed, were arrested in the year 2000 when the FIR was registered however, not even charges had been framed against any one of them.

"The other three accused persons have been on bail since the year 2000 and 20 years later, they continue to remain on bail with no trial in sight. Even today, the petitioner/State submits that the investigations are still going on and the voice sample and specimen of handwriting of respondent/ accused is also to be gathered," the bench observed.

In such circumstances, the Court refused to cancel the bail or to restrict the liberty of the Accused, on account of the lax attitude displayed by the investigating authorities.

"The trial scenario being so stark, liberty of a person cannot be left in limbo only on account of the belief of the State that the respondent/accused is a flight risk," the bench remarked while dismissing the application.

The court also clarified that the ASJ had duly considered the prevalence of Covid-19 and the guidelines issued by the High Court for release of UTP as "the guidelines are intended for dealing with under-trials in Tihar and other jails in Delhi and to allow those with no involvement in extreme and heinous cases to obtain bail. Merely because the respondent/accused has been given special facilities in the Tihar Jail, would be no reason to deny him the benefit of the Covid-19 guidelines and for this purpose, for an offence under Section 420 of the IPC, it would be improper to differentiate between an Indian and a foreign citizen."

Before parting, the bench rooted for introduction of technological advancements to keep track of the under-trail prisoners, to prevent them from eloping.

"In an aside, this case brings to the fore the need for investigative agencies and the Government to consider the use of advances in technology to track under-trials in cases of this nature where the State may fear that an accused may flee from trial. Digital and electronic equipment, as presently used in America, ought to be introduced in India, so that a tracking system similar to the GPS Tracking System, can be used to monitor the movement of the accused released on bail, allowing the authorities to gather information all the time while permitting the accused to undertake the usual and ordinary activities of normal life," the bench observed.

The accused was arrested for cheating and criminal conspiracy on February 13, 2020 after being extradited from the UK, and has been lodged in Tihar Jail, ever since.