CM Advocates' Welfare Scheme Has Laudable Objective But Its Applicability To Only Delhi Residents Is Discriminatory: Delhi High Court 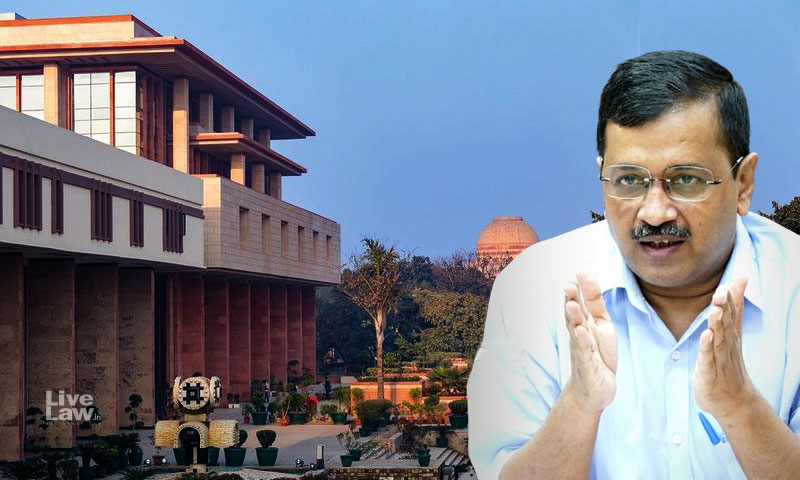 The Delhi High Court today ruled that the benefits of the Chief Minister's Advocates' Welfare Scheme have to be extended to all advocates registered with the Bar Council of Delhi, and are residing in the National Capital Region (NCR).Ruling thus, the Bench of Justice Prathiba Singh observed that the CM's Advocates' Welfare Scheme has a laudable objective, however its condition that...

The Delhi High Court today ruled that the benefits of the Chief Minister's Advocates' Welfare Scheme have to be extended to all advocates registered with the Bar Council of Delhi, and are residing in the National Capital Region (NCR).

Ruling thus, the Bench of Justice Prathiba Singh observed that the CM's Advocates' Welfare Scheme has a laudable objective, however its condition that it would apply only to Delhi residents with Voter ID cars is discriminatory and arbitrary.

"The condition in the Scheme that it would be applicable only to residents in Delhi with Voter IDs, is held to be discriminatory and arbitrary as the sub-classification from amongst the advocates enrolled with the Bar Council of Delhi, has no rational nexus with the object to be achieved," the Bench observed.

The Court was dealing with petitions which sought directions to extend the benefit of the Welfare scheme to all those enrolled with the Bar Council of Delhi (BCD), whether their names appear on the voters' list of the national capital or not.

The Court read Bar Council of India Certificate and Place of Practice (Verification) Rules, Advocates Act, 1961 and the Bar Council of Delhi Rules, 1963 conjointly to conclude that in none of these statutory provisions or rules is any importance has been given to the place of residence of the advocate.

"...insofar as advocates are concerned, primacy is given to the place of practice and not to the place of residence of the advocate. An advocate is entitled to register in the State where he/she intends to primarily practice...The reason for this is that an advocate may have a permanent place of residence in any part of the country but choose to practice in a different geographical area," the Court further added.

Significantly, stressing that the Bar in Delhi is extremely cosmopolitan in nature, the Bench observed thus:

"Depending upon the income levels of the advocate, the advocate may move to Delhi. It is a matter of common knowledge that not all advocates can afford housing in Delhi and may, therefore, choose to reside in the NCR region/neighboring areas. However, the character of their practice, being essentially in Delhi, would not change".

The Court also opined that a substantial number of advocates who primarily practice in Delhi live in the NCR region/neighboring areas, including in areas such as Noida, Gurugram, Sonepat, Rohtak, Faridabad, Ghaziabad, some areas of Punjab, etc.

"They commute from these areas to Delhi almost on a daily basis. Such advocates are registered with the BCD and are also members of the Bar associations of the court complexes where they practice. They play an important role in serving the citizenry in Delhi and assisting courts in Delhi for the adjudication of disputes. They also contribute to the revenue stream of the Delhi Government by practicing in Delhi," the Court further noted.

The Delhi Government had constituted a Committee of 12 members on 29th November, 2019 to propose schemes for the welfare of advocates, and an annual outlay of Rs.50 crores was created for the year 2019-20 for the said purpose.

Further, in December 2019, the Committee proposed the rolling out of Group (Term) Insurance, Group Medi-Claim, e-library, and creche facility for advocates in Delhi towards the utilization of the Scheme fund.

Thereafter, the Cabinet of Delhi Government passed the proposal to create such a scheme with a condition that the same would be applicable to practising advocates who are enrolled with the Bar Council of Delhi and are also in the voters' list of Delhi.

Thereafter, challenging this very condition, a plea was filed before the Delhi High Court in March 2021 seeking to extend the benefit of the Scheme to the lawyers residing in NCR, but practicing in Delhi.