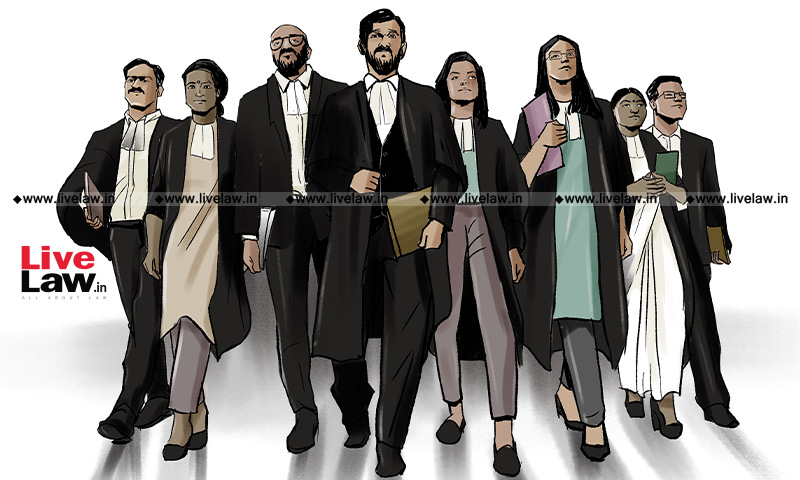 The Delhi High Court today dismissed a PIL seeking issuance of guidelines to be followed by police or investigating authorities while conducting search and seizure operations on an Advocate's premises."There are adequate provisions under the CrPC as to the method by which search and seizure can be carried out at the premises," the Division Bench of chief Justice DN Patel and Justice Jyoti...

The Delhi High Court today dismissed a PIL seeking issuance of guidelines to be followed by police or investigating authorities while conducting search and seizure operations on an Advocate's premises.

"There are adequate provisions under the CrPC as to the method by which search and seizure can be carried out at the premises," the Division Bench of chief Justice DN Patel and Justice Jyoti Singh said.

The Bench was referring to Chapter VII of the Criminal Procedure Code wherein procedure has been mentioned in detail for carrying out search at the premises of any person.

"If any person feels that there is a violation of his or her rights/ privileges, such person can always approach the concerned trial court or the appropriate forum for alleged breach of his right/ privileges granted by law."

The Bench was also of the opinion that unless the facts are proved such, there cannot be an adverse presumption against the investigating agency that it will conduct the search operations in violation of the rights and privileges conferred upon a person under the law.

"It is also to be kept in mind that whenever any violation of any right/ privilege is claimed by suspect/ accused, facts are bound to be established by him. Court of law is court of evidence. In abstract, it cannot be argued that whenever a search shall be carried out in future, there shall be violation of rights/ privileges of that person."

"As and when such violation of right/ privileges is being argued, such an averment shall be decided by the concerned trial court or appellate forum in light of the factual background of the case and unless and until prima facie facts are being established, we are not ready to presume that whenever raid/ search shall be carried out there will be violation of rights/ privileges of the person."

The development comes in a PIL filed by Nikhil Borwankar, a practising advocate.

He argued that seizure of electronic devices from lawyers' offices such as mobile phone and laptop is a serious problem as it contains privileged communications with clients, sharing of which is prohibited under Sections 126-129 of the Indian Evidence Act. He stated that even the CrPC provides for issue summons first, unless reasons can be shown for conducting the search without summons.

The petitioner also referred to the Rues framed by the US Department of Justice to safeguard the interest of lawyers during search and seizure. He stated that search and seizure conducted by the police at the premises of Advocate is a malicious act which precludes the Advocates from discharging their duties freely and defeats their right to practice the profession without any fear.

As such, it was urged that a uniform set of procedure to be followed during the search and seizure operations be issued.

In this context, the petitioner highlighted that recently, a trial court appointed a local commissioner under whose supervision the process of seizing and sealing of the computer source from Advocate Mehmood Pracha's office will be undertaken by the IO in the matter. The Court had also ordered that the proceedings of the seizure be videographed.

Thus, it was the case of the petitioner when local courts in Delhi are passing such "progressive orders", there must be uniformity in the law. "Court of law cannot arbitrarily adopt procedure as and when it feels like. It cannot be one procedure for one attorney and other for another," the petitioner argued.

The State on the other hand had a filed a short reply, highlighting that the procedure for search and seizure is different in different Acts like NDPS, PMLA, etc. and thus there cannot be a general direction on procedure.

ASG Chetan Sharma also asked the Court to consider whether Advocates can be designated as a "special class" of persons for prescribing a procedure for search and seizure on their premises beyond the scope of Indian Evidence Act.

The petitioner however argued that he's not seeking declaration of Advocates as a "special class" but there is a "separate class of communications" between an attorney and his client by virtue of the protections granted under the Indian Evidence Act.

"I am not contesting the right to investigate an Advocate, But, if and when such a search in fact occur, it should conform to certain guidelines," he argued.

The Court expressed reluctance in entertaining the petition as it requires "very complex drafting" and "policy decision" is also involved.

However, the as the petitioner refused to approach the Central Government with a representation, the Court dismissed the petition by holding that as and when any violation of any right occurs, the persons concerned are always at liberty to approach concerned trial court and the trial court shall be bound to decide the matter in accordance with the law, including CrPC and the Evidence Act.

It also declined the prayer for mandatory videography of the search operations. The order stated,

"Sometimes search is being carried out immediately looking to the facts of that case. In such a situation there may not be any videography. It all depends on facts of the case. As for example, if any accused of a criminal case is giving graphic details about the weapons which are in custody of somebody, then in that situation immediate raid shall be carried out by the investigation agency at odd hours after taking necessary permissions under CrPC. Sometimes place of raid is such where videography may not be possible. Sometimes raid may be carried out at night hours where videography is not possible.

Thus, there can be any number of permutations and combinations of facts which may not allow videography and therefore, as a general rule we are not inclined to pass any order that search must be carried out by "privileged  teams with videography"."

The Court observed it ought to be kept in mind that the raid / search is being carried out to find out/ unearth several materials. Sometimes, such materials may be covered by privileged communications as for example if a raid is carried out at premises of any male person, there can be privileged communication of husband and wife. If raid is carried out at such person's premises whose privileges are violated, always such person has remedy available under CrPC, but, as a general rule we are not inclined to give any guidance because search or raid sometimes requires immediately to be carried out.

"In seized material if there is any privileged communication then all care will betaken by IO so that the rights and privileges of parties may not be violated but we cannot presume in advance the violation of rights and privileges. Such violation must be established in court of law by proving certain basic facts and therefore, as and when any party/ person is claiming violation of right or privilege, may be under the Indian Evidence Act, or under such other Act(s), they can always approach the court in accordance with CrPC."