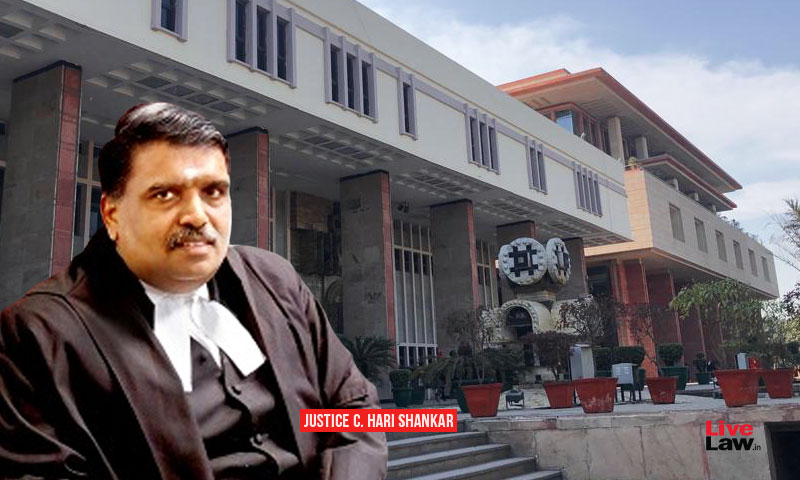 Calling it an extreme example of abuse of process, the Delhi High Court has imposed cost of Rs. 25,000 on a litigant who had accused a Trial Court judge of being biased against him. The High Court opined that the allegations were levelled without any material.Justice C Hari Shankar was of the view that though the standard of bias is one of apprehension rather than of proof, the apprehension...

Calling it an extreme example of abuse of process, the Delhi High Court has imposed cost of Rs. 25,000 on a litigant who had accused a Trial Court judge of being biased against him. The High Court opined that the allegations were levelled without any material.

Justice C Hari Shankar was of the view that though the standard of bias is one of apprehension rather than of proof, the apprehension has to be real and not merely chimerical or fanciful or a method to somehow try one's luck before another Court.

"Allegations of bias against a judicial officer are not to be likely made. Even issuance of notice on such an application has serious deleterious repercussions for the judicial officer concerned," the Court said.

"If a request for transfer such as this, alleging, without a scintilla of material, bias on the part of the judicial officer, is to be entertained, this Court is constrained to observe that it would be impossible for judicial officers to function dispassionately or discharge their duties without fear or favour," the Court added.

While noting that the court refrains from imposing costs on parties who prosecute their cases in person, like the case of the petitioner in the matter, the Court observed:

"This case, however, is an extreme example of abuse of process. It seeks, in a manner completely contrary to the law, to interfere with pending proceedings and also seeks to throw a cloud on the integrity of a judicial officer without any material whatsoever."

The Court was dealing with a petition seeking intervention in respect of an order dated 9th March, 2022 passed by the District Judge, Karkardooma Courts. An application was preferred by the petitioner, who appeared in person before the trial court under Section 24 read with Section 151 of the Code of Civil Procedure, 1908 (CPC), seeking transfer of a civil suit from the Court of the Additional Senior Civil Judge, where it was presently pending, to another Court.

The ground on which the petitioner sought transfer of the matter was that the ASJ, who was presently dealing with the matter, was biased against him. The petitioner had cited three instances to substantiate his allegation.

The first instance cited was that, vide order dated 15th September, 2021, the ASJ had dismissed a review application filed by the petitioner on the ground of limitation, despite the Supreme Court having, by its orders in Suo Motu Writ Petition (C) No.3/2020 extended limitation during the period of the COVID-19 pandemic.

The second instance was that the Additional Senior Civil Judge ought to have rectified an earlier order dated 9th December, 2021 instead of merely contenting himself by taking the application on record. It was argued that till such rectification was done, the erroneous recital in the order would continue to remain part of the record and would prejudice him in future proceedings.

The third instance of bias was alleged with respect to an application under Section 65 of the Indian Evidence Act, preferred by the respondent, to bring on record, in the proceedings, a copy of an undertaking given by them in the suit.

The impugned order of the District Judge observed that the petitioner had not been able to make out any convincing case of a legitimate apprehension of bias against the ASCJ.

Hearing the litigant in person, the Court observed thus:

"Prima facie, this petition is an abuse of process of court. The petitioner has apparently no genuine bonafide case of bias against the learned ASCJ. A case of bias is being sought to be built up merely because the proceedings are not progressing as the petitioner would have them progress."

It added "I am constrained, therefore, despite the fact that the petitioner appears in person, to dismiss this petition with costs of ₹25,000/ - to be deposited by the petitioner with the Registry of this Court by way of a crossed cheque favouring the Delhi High Court Legal Services Committee."