"It's A Defective Plaint, This Appears To Be A Media Publicity Suit" Delhi High Court Reserves Order On Juhi Chawla's Suit Against Roll-Out Of 5G 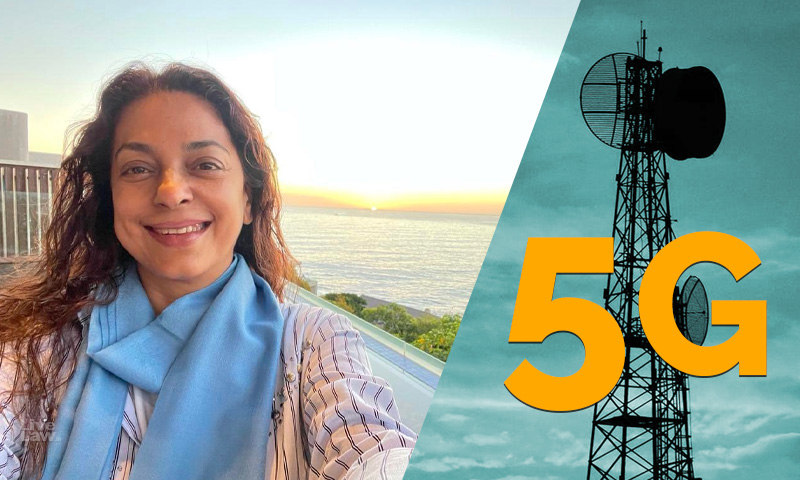 Delhi High Court has on Wednesday reserved its order on applications filed in Bollywood actress and environmentalist Juhi Chawla's suit against the roll-out of 5G telecommunication services in the country.The applications filed by plaintiffs were in relation to exemption from court fees and seeking permission to institute suit.A Bench of Justice Midha reserved the order after hearing...

Delhi High Court has on Wednesday reserved its order on applications filed in Bollywood actress and environmentalist Juhi Chawla's suit against the roll-out of 5G telecommunication services in the country.

The applications filed by plaintiffs were in relation to exemption from court fees and seeking permission to institute suit.

A Bench of Justice Midha reserved the order after hearing submissions made by Advocate Deepak Khosla appearing for plaintiffs, Advocate Amit Mahajan appearing for Department of Telecom, SG Tushar Mehta for Centre and Senior Counsel Kapil Sibal for some private respondents.

During the hearing, the Bench confronted the plaintiff's Counsel for filing a "defective plaint' and not fulfilling the requirements of CPC while filing the plaint.

"Even if i agree with you that permission is to be given, permission for what? A defective plaint! This totally appears to be a media publicity suit nothing else than that. Its shocking Mr Khosla." the Bench said.

The Bench posed the following questions to Khosla:

The Bench further asked if they could approach the Court without approaching the government as section 34 of Specific Relief Act states that a declaration suit is maintainable if someone denies your right.

"But for that you need to approach, otherwise tell me how is this maintainable in terms of section 34 of Specific Reliefs Act. How can you come and seek a declaration. " the Bench asked

"In absence of that, where is the cause of action to come to court? Even for writ jurisdiction, there has to be demand and denial of Justice from state? " the Bench added.

• Verification of plaint: The Bench asked where the verification of the suit was, and how is the requirement of CPC satisfied, as no suit can be instituted in civil court without verification.

In response to Khosla's submissions that it is in the statement of truth, Justice Midha added that the verification clause has to be at the end of plaint, and affidavit has to be separate.

Plaintiffs Have No Personal Knowledge Of Facts: The Bench stated that CPS states that plaintiffs have to depose clearly, which facts are to their knowledge and which are their belief.

"The plaintiffs have said that they have personal knowledge of only para 1-8. A person has come to the court who has no knowledge of anything?" the Bench remarked.

"I'm surprised. I have never seen such a suit where person comes to court with no information and says come conduct an inquiry. The whole thrust of the case is I don't know, this appears to be dangerous please conduct an inquiry and satisfy " Justice Midha remarked

Joining of Parties In The Suit: The Bench stated that the plaintiffs have joined so many parties, when CPC clearly lays down the provisions as to which parties can and cannot be joined

" How have you joined so many persons? Where's the privity. CPC clearly says which party can be joined, every party can't be added to a suit. Which provision permits you to add so many parties? Law doesn't permit" Justice Midha said.

Bollywood actress and environmentalist Juhi Chawla has moved the Delhi High Court seeking restraints upon the Union Government from taking any steps for the roll-out of 5G telecommunication services in the country, including, but not limited to steps for spectrum allocation, licensing, etc on grounds of long and short term harm to human, animal and plant life and detrimental impact on the environment at large.