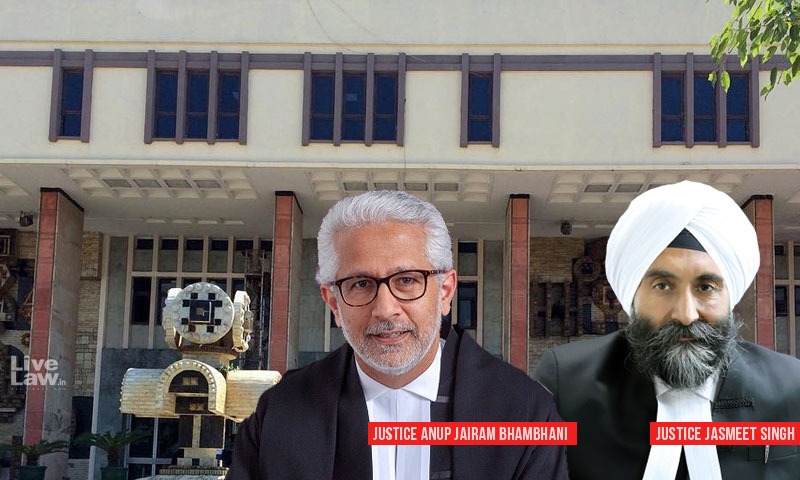 Forming a prima facie observation that the policy appears to be arbitrary and an ad hoc figure, the Delhi High Court on Friday said that even on a broad brush basis to say that there are only 20 lacs non PDS Beneficiaries looking for food grain under the Delhi Government's guidelines will be a substantial under-estimation.The observation came in the plea filed by Delhi Rozi Roti Adhikar...

Forming a prima facie observation that the policy appears to be arbitrary and an ad hoc figure, the Delhi High Court on Friday said that even on a broad brush basis to say that there are only 20 lacs non PDS Beneficiaries looking for food grain under the Delhi Government's guidelines will be a substantial under-estimation.

The observation came in the plea filed by Delhi Rozi Roti Adhikar Abhiyan challenging the non PDS guidelines dated 27 May 2021 issued by NCT of Delhi which provided for good grain to be given to people without ration cards as a one time relief measure in view of economic and other impacts of covid 19 pandemic and consequent lockdowns.

"We are prima facie of the view that to cap the number of non PDS Beneficiaries to 20 lacs, appears to be an arbitrary and ad hoc figure."

Further taking into record the submissions made on behalf of Mr. Anuj Aggarwal, ASC appearing for GNCTD saying that the Delhi cabinet is already conscious and seized of the the issue, the Court further said:

"Since in the limited jurisdiction and in the petition, we are of the view that Court must exercise it's judicial restraint and wait for appropriate action by the Govt. We say nothing more to express our confidence that the Govt must rise up to its responsibility of providing adequate food grain to requisite number of beneficiaries, especially in the given circumstances in which several residents of Delhi find themselves today."

"We accordingly await the decision of cabinet revising the number of non PDS beneficiaries under its scheme in question. Let the additional affidavit be filed by Delhi Govt."

During the course of hearing, Advocate Trideep Pais appearing on behalf of the petitioner submitted thus:

"For PDS, some thorough checking is to be done. There are 8 lakh waiting for ration cards as per 2001 census which is frozen. This year's effect was a lot. Hunger and unemployment haven't walked away. Capping at 20 lacs is unreasonable. What the Central Government has done is that it has picked up the food bill. You get a nominal amount. Central Government picked up the bill and came up with PM Gareeb Kalyan Yojana. They're giving another 5 kgs. These conditions of poverty will not go away till diwali. If Central Government was conscious, then why can't the State Government be conscious while filing report?"

To this, Justice Bhambhani posed a question to Mr. Aggarwal:

"Are you willing to make a statement that in view of issue flagged, in keeping your own policy, you'll review figure of 20 lacs in view of non PDS?"

"One issue is of the numbers, another is about the practical unavailablity of ration. Mr. Aggarwal, what is your position?"

"Any person going hungry is our concern. We hope we come to a situation where people are not dependant on you. There should not be a single person who should sleep hungry at night. It should be your endeavour. It should not have happened."

In its plea, Delhi Rozi Roti Adhikar Abhiyan has brought to the notice of the Court that the guidelines challenged by it puts an arbitrary limit of 20 lacs beneficiaries which has no basis whatsoever.

"The provisioning and the estimate of the number of persons who are in need of the benefits under the scheme ought to be based on the number of people who in fact benefited under a similar scheme last year."

Earlier, the organization had expressed concern about how the Delhi Government had a cap of 20 lakh for providing rations to those without ration cards when last year 69.6 lakh such people were given rations.

The plea also submits that the limit of 20 lakh beneficiaries under the scheme is unreasonable, irrational and arbitrary and in violation of Art. 14 read with Art. 21 as those people who are in need of food beyond the cap of 20 lakh would be unfairly denied the right.

"The State issuing 5 kgs of ration per person is in no way adequate to address the immense food insecurity among people. Delhi has been in lockdown since April 17, 2021 and the second Covid wave has compounded the distress. There are deaths and covid infections and many families have lost earning members." The plea reads.