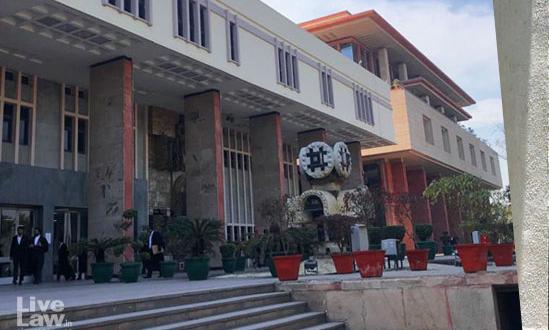 The Delhi High Court has reinstated a woman, working as an Editor in an Akademi, who was terminated from the job after she accused the organisation's Secretary of sexually harassing her.The woman hailing from the North-East had alleged that the Secretary used to make inappropriate sexual advances towards her and made racist and sexist comments. While reinstating her, Justice Sanjeev...

The Delhi High Court has reinstated a woman, working as an Editor in an Akademi, who was terminated from the job after she accused the organisation's Secretary of sexually harassing her.

The woman hailing from the North-East had alleged that the Secretary used to make inappropriate sexual advances towards her and made racist and sexist comments.

While reinstating her, Justice Sanjeev Sachdeva held that the Secretary in the matter was an employer in terms of section 2(g) of the Sexual Harassment at Workplace Act for the reason that the day to day affairs of the Office where the woman was employed were managed and controlled by him.

He also held that a complaint of sexual harassment against the employer, Secretary in this case, would lie only to the Local Committee and that the Internal Complaints Committee of the organisationwould not have any jurisdiction to entertain any complaint against the Secretary.

The woman belonging to the north eastern region was appointed to the post of Editor (English) on probation for a period of two years in 2017. However, it was her case that she faced severe sexual harassment of many forms at the hands of the Secretary, which allegedly included inappropriate sexual advances, unwelcome physical and sexual contact, and sexually-coloured remarks.

As a counterblast to her objections, he verbally abused and screamed at her in the presence of other officers and kept on accusing her of poor performance and not working properly.

In 2019, the woman submitted a complaint to the police station and sent an email to the Executive Board of the Akademi requesting to set up an independent committee to enquire into her complaint of sexual harassment.

Her complaint was referred to the Internal Complaints Committee and two external members were appointed to the said committee (by the Secretary himself).

It was her case that the board failed to take any action against the Secretary and the very presence of the Secretary in the office premises constituted a hostile work environment for her.

The Local Committee granted her relief of three months' paid leave in terms of Section 12(1) of the Act.

However, objecting to the notice to appear before the Internal Committee, she alleged that the members of the Committee sought to pressurize on her into withdrawing her complaint before the police and the Local Committee and urged her to reconcile with the Secretary.

She alleged that the Internal Committee had incorrectly recorded that she was withdrawing her complaint.

The woman had then approached the Court seeking directions on the Akademi to comply with the directions of the Local Complaints Committee and also to grant her three months paid leave with immediate effect, in addition to the leave she would be otherwise entitled to.

Another writ petition was filed by the Akademi seeking quashing of the proceedings before the Local Committee.

Observations Of The Court

The Court observed that even though it was contended on behalf of the Akademi that the President is the in-charge of all its offices, it was an admitted position that the President was not based in Delhi and that the day to day affairs of the office where the woman was employed were managed and controlled by the Secretary.

"Since the Secretary of the Akademi is the employer for the purposes of the Act, the complaint against the Secretary would not lie to the Internal Committee but shall lie only to the Local Committee," the Court said.

Accordingly the Court directed the Akademi to forthwith pay her salary for the current month and clear the arrears of her salary within four weeks.

It was also directed that the woman shall be deemed to be on paid leave till the Local Committee passes appropriate interim orders with regard to provision of a safe working environment to her.