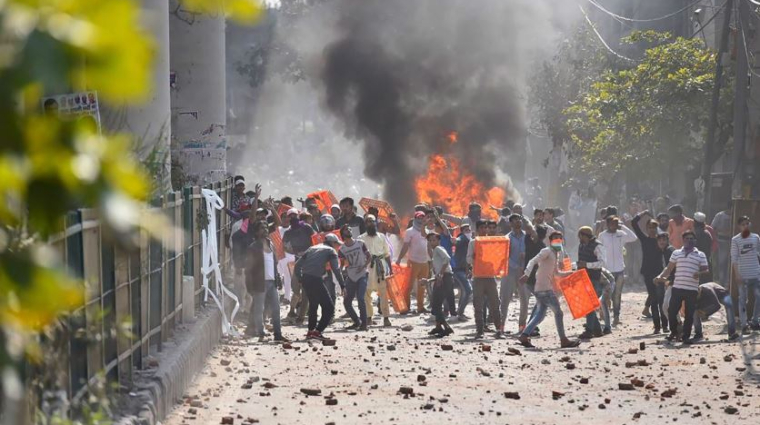 Delhi High Court has directed Delhi Police to submit a report highlighting the actions taken by police in compliance of the court's previous order dated February 26. The Division Bench of Chief Justice DN Patel and Justice Hari Shankar has asked Delhi Police to submit the said report within 3 weeks. The present matter pertains to seeking court's directions to ensure safe passage of...

Delhi High Court has directed Delhi Police to submit a report highlighting the actions taken by police in compliance of the court's previous order dated February 26.

The Division Bench of Chief Justice DN Patel and Justice Hari Shankar has asked Delhi Police to submit the said report within 3 weeks.

In the previous order, which was passed by the Division Bench of Justice Muralidhar and Justice Talwant Singh, the court had passed the following directions to be followed by the Delhi Government and the Delhi Police:

a. Delhi Government was directed to ensure sufficient shelter homes for rehabilitation of displaced victims. They shall be provided with adequate amenities, blankets, clean water and sanitation.

b. Authorities had to to ensure security during the funerary activities of the deceased

c. Setting up of round the clock help desks in offices of District Legal Services Authorities to "cater to the immediate needs of victims".

d. The Director, Institute of Human Behaviour and Allied Science (IHBAS) was directed to provide required number of qualified professionals to cater to the needs of riot victims suffering from "post traumatic stress disorder" and any other needs that may arise.

The court had also appointed Advocate Zubeda Begum as an Amicus Curiae in the case.

In today's hearing, Rahul Mehra, who was appearing for Delhi Police, informed the court that there are still more measures that need to be taken to deal with the crisis. He said:

'The number of helplines are not adequate to deal with the magnitude of calls that are pouring in. Therefore, there's a need of increasing the number of functional helplines.'

In addition to more helplines, Mr Mehra also sought court's directions to set up a helpdesk of Delhi Legal Services Authority in every police station. Moreover, he also asked for the Sub Divisional Magistrate to reach out to the affected areas.

After being inquired about the actions taken so far, Mr Mehra informed the court that police did a commendable job in curbing the rumours that were being spread yesterday regarding the breaking out of riots in new areas.

As Amicus Zubeda Begum was also present in the court, Mr Mehra had asked for extending her mandate to all parts of Delhi. Currently, Ms Begum's mandate is restricted to only northeast districts of Delhi.

'I've got to know from others that Ms Begum has been doing some exemplary work. Therefore, there's a need to extend her mandate for ensuring better coordination with the authorities', he submitted.

Appearing for the Petitioner, Advocate Suroor Mander informed the court that the majority of relief camps are being run by the community.

'How long can the community sustain itself', she argued.

Therefore, she had asked the court to issue a direction to the government to take up the rehabilitation measures and establish more relief camps.

While the court did not pass any directions on the demands raised before it today, it asked the Delhi Police to submit a status report on compliance with the previous order.

The matter will next be taken up on April 30.