[Delhi Riots] 'From Among Riotous Mob Of Hundreds, Police Could Identify Only Them' Delhi Court Grants Bail To 3 Accused [Read Order] 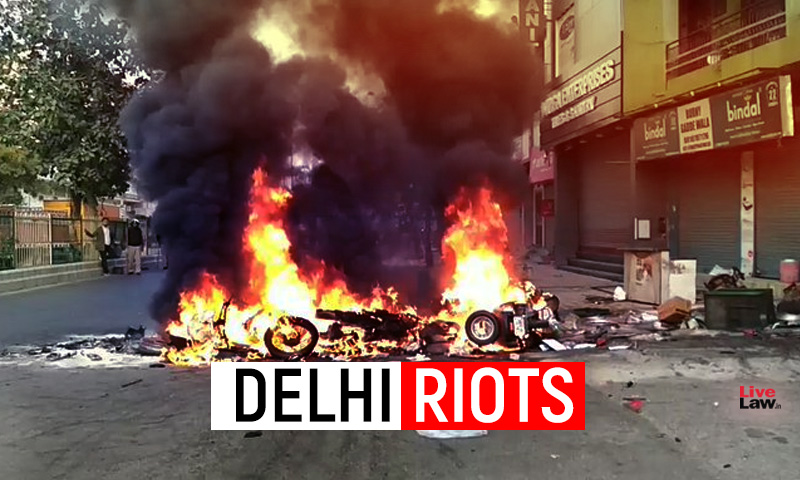 The Karkardooma Court (Delhi) on Wednesday (28th October) granted bail to 3 people in a case related to northeast Delhi riots in February, expressing dubiety over their alleged role in the riots.While granting the relief of Bail to Alam, Saifi and Shadab, the Additional Sessions Judge Vinod Yadav, said,"From among the riotous mob consisting of several hundred persons, till date the...

The Karkardooma Court (Delhi) on Wednesday (28th October) granted bail to 3 people in a case related to northeast Delhi riots in February, expressing dubiety over their alleged role in the riots.

While granting the relief of Bail to Alam, Saifi and Shadab, the Additional Sessions Judge Vinod Yadav, said,

"From among the riotous mob consisting of several hundred persons, till date the investigating agency has been merely able to identify and charge sheet the aforesaid three applicants only".

He further stated cash amounting to Rs.6,000/- was also looted from his shop. During the investigation, it was revealed that the riotous mob had also looted, vandalized/damaged and set on fire several other shops and vehicles in the said area on 24.02.2020.

Besides complainant Om Singh, 17 other complaints of similar nature were also received in the PS, which were later on clubbed in the present case FIR.

The Court took into account the fact that the applicants have neither been named in the FIR nor there are any specific allegations against them by any of the complainants.

Admittedly, no CCTV footage/viral video capturing the presence of applicants at the scene of crime on the date of the incident was available on record.

The Court also noted that there is a gap of about 40 days between the date of incident and recording of statement of Beat Constable Pawan in the matter by the IO and no plausible explanation in this regard was given by the IO.

"Being a police official, what stopped Beat Constable Pawan from reporting the matter then and there in the PS or to bring the same in the knowledge of higher police officers. This casts serious doubt on the credibility of this witness. It is further relevant to note here that the applicants are residents of the same locality/area and as such, it is not surprising that their CDR location is being depicted at or around the scene of the crime on the date of the incident."

Furthermore, the Court also observed that even the statements under Section 161 Cr.P.C of public eyewitnesses were recorded by the IO recently much after the filing of the charge sheet.

To this, the Court said.

"Their statements, identifying the applicants to be part of the riotous mob is also doubtful, as a mute question still stares this Court as to why the aforesaid eyewitnesses/public witnesses did not name the applicants on the date of the incident itself and what made them wait for so long."

Consequently, considering the facts and circumstances of the case in totality, all the applicants, namely Shah Alam, Rashid Saifi and Mohd Shadab were admitted to bail on their furnishing a Personal Bond in the sum of Rs.20,000 (Rupees Twenty Thousand Only) each with one surety in the like amount each to the satisfaction of the Ld.CMM/Ld.Illaka MM/Ld.Duty MM.