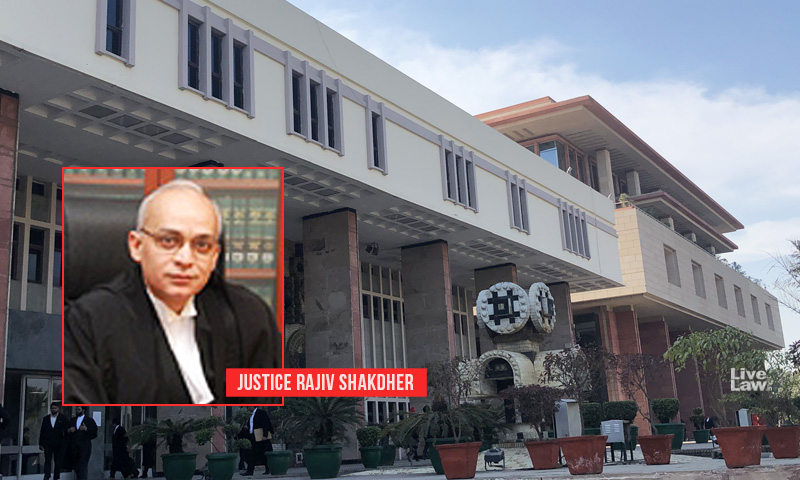 The Delhi High Court has held that BCA qualification acquired either from an Open Distance Learning institution or from a traditional institute/college will be treated at par. While passing the order on Thursday, January 30, Justice Rajiv Shakdher said, "The classification between the students who had acquired their BCA qualifications via ODL institutions as against those who...

The Delhi High Court has held that BCA qualification acquired either from an Open Distance Learning institution or from a traditional institute/college will be treated at par.

"The classification between the students who had acquired their BCA qualifications via ODL institutions as against those who acquired the same through traditional universities is not based on any intelligible differentia. The classification is patently discriminatory as it unreasonably excludes students from access to higher education only because they obtained their BCA qualification from ODL institutes"

The observations were made while disposing of two petitions filed by students who had been "debarred" by Guru Gobind Singh Indraprastha University from attending classes for MCA programme at their respective colleges for having pursued their BCA degrees from ODL institutions.

The high court while setting aside the order of debarment, said that "denial of employment to a candidate on the ground that he had acquired his qualification through an ODL institution drives home the point that exclusion of persons from access to higher education only on the ground that they had acquired their qualification from a non-formal sector (i.e. ODL institutions) was unfair." Reliance was placed on Abdul Motin v. Manisankar Maiti, (2018) 16 SCC 533.

Considerably, the UGC had also made a similar submission before the high court. It was concerned that the students who are not enrolled in institutes offering formal education are losing out on opportunities both in terms of gaining access to higher education as also employment.

The court further noted that students for the MCA programme had been shortlisted after conducting an entrance exam. Thus, the University had tested their knowledge and as such, "there is no clue given as to why the BCA qualification acquired via a traditional university is in qualitative terms better than that which a student acquires through ODL institutes/colleges."

In fact, it observed that the eligibility criteria stipulated for taking the 2019 Entrance Exam merely provided that the candidates should have a basic qualification in BCA and did not stipulate that the same should been attained through traditional University only.

The court further observed that the University had used the expression "fulltime" course in the Admission Brochure without defining the same and without explicitly stating that students who had obtained BCA qualifications via ODL institutions were not eligible to apply for the MCA programme. What added to the confusion was an annotation in the notification, asking students hailing from open education system to produce documentary evidence related to location of their study centres.

Thus, the court rejected the University's argument that ODL institutions do not meet the eligibility criteria of having acquired the same by pursuing a "full-time" course and applying the doctrine of contra proferentem held,

"in the event of ambiguity qua any term contained in the contract that such a term would have to be read against the maker of the contract… Concededly, the Admission brochure has been drafted by the University, in which, students (i.e. the petitioners) had no role to play."

Thus, the words "fulltime course" were held to have no bearing on the admission process.

The court lastly clarified that ordinarily courts do not interfere with the decisions of bodies which have domain expertise. However, their decisions are "justiciable", especially in cases where the test relates to the body's decision's fairness and reasonability.

In this regard, the court reiterated the words of Supreme Court in State of Rajasthan v. Lata Arun, (2002) 6 SCC 252, as under,

"In an appropriate case the court can examine whether the policy decision or the administrative order dealing with the matter is based on a fair, rational and reasonable ground; whether the decision has been taken on consideration of relevant aspects of the matter; whether exercise of the power is obtained with mala fide intention; whether the decision serves the purpose of giving proper training to the candidates admitted or it is based on irrelevant and irrational considerations or intended to benefit an individual or a group of candidates."