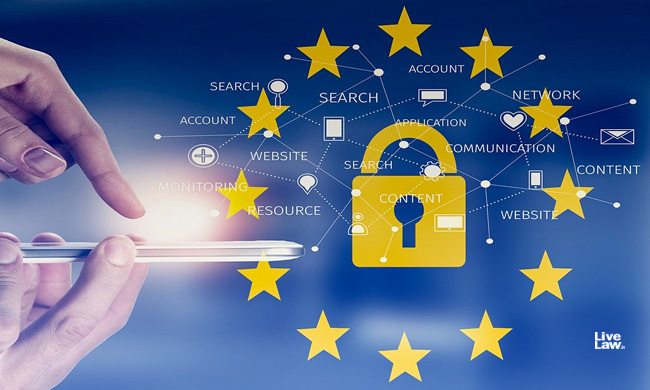 In a significant judgment pertaining to rules for collection and admissibility of evidence, the Delhi High Court has held that evidence collected in breach of the fundamental right to privacy alone, would not make it inadmissible in court of law.

The observation has been made by Justice Anup Jairam Bhambhani while deciding an appeal preferred by the wife from the order of the Family Court, allowing the husband to bring on record the evidence comprised in a Compact Disk that allegedly violated her right to privacy.

The single bench has held that while a litigating party certainly has a right to privacy, that right "must yield" to the right of an opposing party to bring evidence it considers relevant to court, to prove its case.

"It is a critical part of the hallowed concept of fair trial that a litigating party gets a fair chance to bring relevant evidence before court. It is important to appreciate that while the right to privacy is essentially a personal right, the right to a fair trial has wider ramifications and impacts public justice, which is a larger cause. The cause of public justice would suffer if the opportunity of fair trial is denied by shutting-out evidence that a litigating party may wish to lead at the very threshold," the bench observed.

The CD in question purported to an audio-video recording of the wife supposedly speaking with her friend on phone and talking about the husband and his family in a derogatory manner. The wife had opposed the CD being brought on record on the ground that, the contents of the CD were not admissible in evidence since they were a recording of a 'private' conversation that the wife had had with a friend, which had been secretly recorded by the husband, without the knowledge or consent of the wife, in breach of her fundamental right to privacy. She relied on the right to privacy judgment- Justice K. S. Puttaswamy (Retd.) & Anr. vs. Union of India & Ors, 1 (2017) 10 SCC 1.

Rejecting this submission, the court observed,

Evidence is admissible so long as it is relevant, regardless of how it is collected

The court pointed out that the position of law regarding admissibility of illegally obtained evidence was settled by the Supreme Court in the case of Pooran Mal v. The Director of Inspection (Investigation), New Delhi & Ors., (1974) 1 SCC 345.

"Although today, privacy is recognised as a fundamental right, that alone would not make evidence collected in breach of that right, inadmissible."

"The settled rule, purely from the standpoint of the law of evidence, is that evidence is admissible so long as it is relevant, regardless of how it is collected.

Looking at it dispassionately, even assuming evidence is collected in breach of privacy, at best and at worst, it is the process of collection of evidence that would be tainted not the evidence itself."

The court observed that digressing from this settled position would have wide ramifications and consequences; and would be a serious hindrance to judicial proceedings across the board, in several foreseeable and unforeseeable ways. In fact, it proceeded to record that the test of admissibility as laid down in the Pooran Mal case was followed by the Indian courts, even after the Puttaswamy judgment.

Justice Bhambhani observed that Family disputes, by the virtue of their nature involve "private" matters of an individual. Therefore, the evidence adduced in most of the cases will essentially affect the right to privacy of the parties involved.

"It must be borne in mind that Family Courts have been established to deal with what are essentially sensitive, personal disputes relating to dissolution of marriage, restitution of conjugal rights, legitimacy of children, guardianship, custody, and access to minors; which matters, by the very nature of the relationship from which they arise, involve issues that are private, personal and involve intimacies. It is easily foreseeable therefore, that in most cases that come before the Family Court, the evidence sought to be marshalled would relate to the private affairs of the litigating parties," the bench observed.

However, it clarified that the possible "misuse" of this rule of evidence, particularly in the context of the right to privacy, may be addressed by prudent exercise of "judicial discretion" by a court- not at the time of receiving evidence but at the time of using evidence at the stage of adjudication.

"In egregious cases, the Family Court may initiate or direct initiation of legal action against a litigating party or other person, who may appear guilty of procuring evidence by illegal means. Any party aggrieved by the production of such evidence would also be at liberty to initiate appropriate proceedings, whether in civil or criminal law, against concerned parties for procuring evidence illegally, although the initiation or pendency of such proceeding shall not make the evidence so produced inadmissible before the Family Court," the bench concluded.