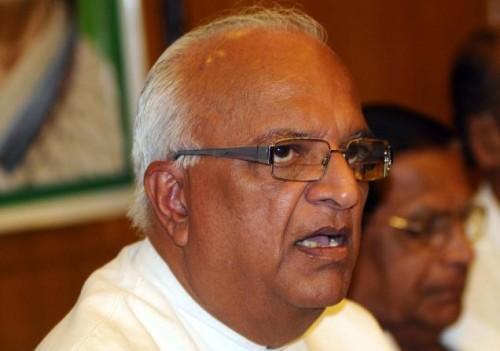 A Delhi Court on Tuesday discharged former Minister of State for Coal Santosh Bagrodia in a criminal case relating to alleged corruption in the allocation of Bander coal block in Maharashtra to AMR Iron and Steel Company Ltd.

However, charges under Section 120 B (Criminal conspiracy), 409 (criminal breach of trust), 420 (cheating) of Indian Penal Code and Sections 9, 13(1) and 13(1)(d) of the Prevention of Corruption Act were framed against remaining five accused including  Vijay Darda, Ex MP and Chairman of Lokmat group and HC Gupta Ex Coal  Secretary and AMR Ltd in respect of allocation of Bander Coal Block in Nagpur district.

Appearing for Bagrodia, Senior Advocate N Hariharan submitted that he did not play any role in the recommendations made for coal block allocation to AMR Ltd. The decisions regarding allocation to AMR and several other companies were taken at a meeting chaired by HC Gupta, the then Coal Secretary. It was submitted that no evidence has been brought on record by the prosecution which could show that the representatives of AMR ever met accused  Bagrodia separately or alone and thereby indicating any meeting of minds between them.

Bagrodia being a Minister was a political appointee and cannot be presumed to be having technical knowledge of the matters, submitted the senior counsel. It was also submitted that a Minister while working in any Ministry places reliance upon the inputs given by the officers of the Ministry. Bagrodia merely acted relying upon the notings made by the various officers of Ministry of Coal, including that of Secretary, Coal.

Accepting the contentions, Judge Bharat Parashar noted that the Bagrodia had simply forwarded the file without making any observations.

Section Officer Janoti was also found to have played no role in the decision making process.

"Thus as no other role apart from the aforesaid proceedings has been assigned either to accused L.S. Janoti, Section Officer, MOC or to accused Santosh Bagrodia, Minister of State for Coal so I hereby discharge them for the offence of criminal misconduct i.e. u/s 13 (i) (d) P.C. Act 1988 and also for the offence of criminal conspiracy i.e. u/s 120-B IPC as no such charge is made out against them. They both thus stands discharged in the present case", observed the Special Judge.