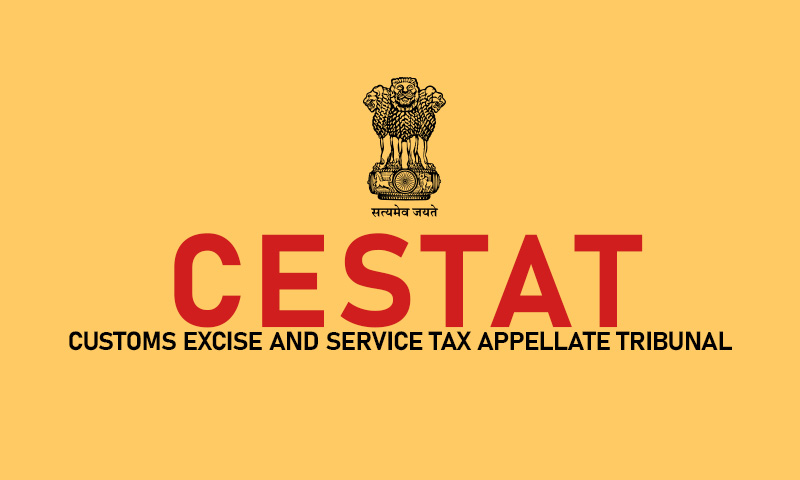 The Mumbai Bench of the Customs, Excise and Service Tax Appellate Tribunal (CESTAT) has reiterated that import of external/portable hard disk drives are eligible for concessional rate of additional customs duty, as provided under Notification No. 6/2006-CE, dated 1st March 2006, and Notification No. 12/2012-CE, dated 17th March 2012.

Referring to the various judgments passed by the CESTAT, the bench of Ajay Sharma (Judicial Member) and C J Mathew (Technical Member) observed that 'external hard disc drives' have been held to be the same as 'hard disk drives' and thus, they are indisputably entitled to the benefit of the exemption notification.

The Tribunal held that discriminatory treatment compelled by whims, obsessive antipathy to tax concessions, and persistent refusal to acknowledge the judicial authority regarding classification, possess an obstacle to seamless international trade.

The assessee-Lenovo India Pvt. Ltd., imported 'external/portable hard disk drive'. The assessee claimed the benefit of exemption from additional customs duty beyond 6%, as accorded to 'hard disk drives' as per Notification No. 6/2006-CE, dated 1st March 2006, and Notification No. 12/2012-CE, dated 17th March 2012. The Customs Authority passed an order denying the said exemption, against which the assessee filed an appeal before the CESTAT.

The assessee Lenovo India contended before the CESTAT that 'external hard disc drives' are the same as 'hard disk drives' and thus, they are entitled to the benefit of the exemption notification. The assessee further placed reliance on the opinion of the Government of India, Department of Electronics and Information Technology (DEITY), communicated vide letter dated 5th June, 2013, opining that there was a lack of distinction between the goods imported by the assessee and the goods incorporated in the said notifications.

To this, the revenue department submitted that it was not prepared to accept the authority of the communication made by the Government of India vide the said letter.

"We may, at the cost of tedium, reiterate that the State does not exist to collect taxes even if the State is sustained by the treasury; tax is, not too uncommonly, an instrument of policy – social, distributive, diplomatic or trade – of the State and it is not of essence that presence of tax administration in policy deliberation alone itself confer it with sanctity; after all, the head of the finance administration is undeniably privy to policy formulations. Indeed, the argument advanced by Learned Authorized Representative is detrimental to rule of law", the CESTAT said.

Referring to the catena of judgments relied upon by the assessee, including the decision of CESTAT Mumbai in Neotric Informatique Ltd. versus Commissioner of Customs (Import), Mumbai (2019), the Tribunal observed that 'external hard disc drives' have been held to be the same as 'hard disk drives' and thus, they are indisputably entitled to the benefit of the exemption notification.

The Tribunal referred to the decision of CESTAT Delhi in Commissioner of Customs, New Delhi versus Supertron Electronics P. Ltd. (2017), where the CESTAT had ruled that though the term "hard disk drive", as used in the exemption notification, has not been amplified either by adding "external" or "internal", exemption to external or portable hard disk drives cannot be denied on the said ground. Guided by the technical opinion given by the Ministry of Communication and Information Technology, the CESTAT in Supertron Electronics P. Ltd. (2017) had refuted the contention of the revenue department that the imported goods were only removable or exchangeable disk drive. Also, referring to the technical opinion, the CESTAT had ruled that the disk drives imported by the assessee were external/portable hard disk drives, which were eligible for exemption.

The CESTAT in Supertron Electronics P. Ltd. (2017) had concluded that external hard disk drives were correctly classified under Tariff Heading 8471 7020 of the First Schedule to the Customs Tariff Act, as claimed by assessee.

Further, the Tribunal noted that in an appeal filed by the revenue department, the said decision in Supertron Electronics P. Ltd. (2017) was affirmed by the Supreme Court.

Thus, the CESTAT ruled that discriminatory treatment compelled by whims, obsessive antipathy to tax concessions, and persistent refusal to acknowledge the judicial authority regarding classification, is an anathema to seamless international trade.

"By casting aspersions on the relevance of the opinion of the Expert Committee which has been relied upon in the decisions of the Tribunal, Learned Authorized Representative is urging that we discard judicial discipline and disagree with the decisions of coordinate benches of the Tribunal. We do not believe that there is sufficient force in the arguments advanced by Revenue to take that direction", the CESTAT added.

Ruling that judicial propriety requires non-discriminatory application of the classification, the CESTAT allowed the appeal.