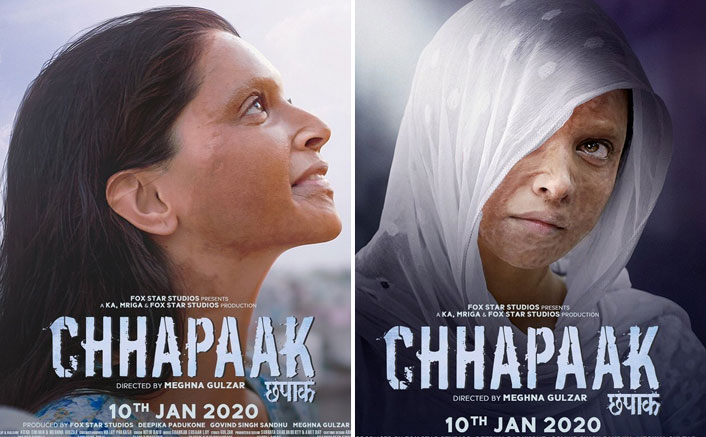 Fox Studios has decided to give credits to Aparna Bhat, for contributions made by her in the making of the movie Chhapaak, in screenings that are being distributed internationally as well. The said decision has come after a contempt petition was moved by Aparna Bhat, citing non-compliance with Delhi High Court's order dated January 11, 2020. In that order, Justice Prathiba...

Fox Studios has decided to give credits to Aparna Bhat, for contributions made by her in the making of the movie Chhapaak, in screenings that are being distributed internationally as well.

The said decision has come after a contempt petition was moved by Aparna Bhat, citing non-compliance with Delhi High Court's order dated January 11, 2020.

In that order, Justice Prathiba M Singh had directed for the following line to be added in the opening credits of the film:

"Inputs by Ms. Aparna Bhat, the lawyer who represented Laxmi Agarwal are acknowledged."

The court had asked Fox Star Studios to comply with the said order by January 15.

During the contempt proceedings, it was agreed by both parties that the matter should be resolved mutually on amicable terms.

Appearing for Fox Star Studios, Senior Advocate Rajiv Nayyar submitted that the Studios misconstrued the January 11 order of this court.

He said, that the Respondents have misinterpreted the said order and they will take all appropriate measures to ensure that the slide showing credits given to Aparna Bhat is also showcased in international screenings.

Further, Mr Nayyar also informed the court that there are a total of 20 countries which are yet to hold screenings of the film. The Studios will ensure that the screenings in these territories are in compliance with the court's order.

In light of the same development, Justice Najmi Waziri had asked senior counsels appearing from both sides to take instructions from their respective clients and come up with a resolution. He said:

'If a civil suit can be resolved amicably, there's no point of litigation. We have to see whether something worthwhile can come out of this, which is in larger public interest.'

It was due to the aforesaid reasons, that the court did not even issue notice to the respondents.

Taking the said developments into consideration, the court noted that in respect to ongoing international screenings, it is imperative that the sub-distributors abroad are informed that the acknowledgment of Bhat's contribution is imperative.

Therefore, Fox Star Studios is directed to communicate the court's order, as well as the amended slide, to the international sub-distributors within 24 hours.

The Production House is also asked to make every endeavour to ensure that the acknowledgment is put in place in international screenings within 48 hours from the receipt of the court's order.

The court also observed that the Petitioner will not be pressing contempt action against the Respondents as the matter has now been resolved peacefully.

In addition to this, Fox Star Studios has voluntarily agreed to make a total contribution of ₹50 lacs to the larger public interest, out of which, ₹25 lacs will go to ASRA Fund, which shall be used for the rehabilitation of the victims of burn injuries.

Rest of the amount will be used for planting 25,000 trees in the Central Ridge area of Delhi by the first week of March. For the said purpose, the Production House is asked to meet the Deputy Conservator of Forests.