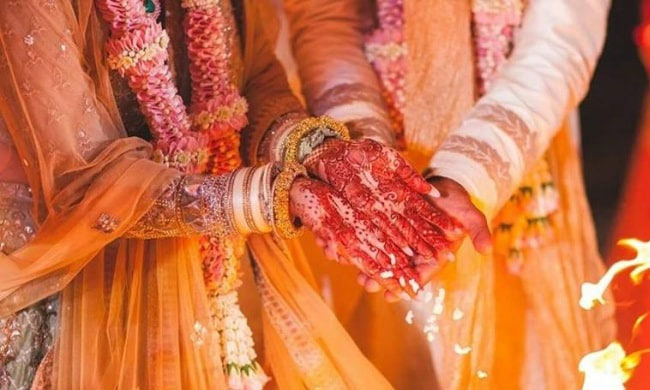 The Gauhati High Court has dismissed review against its order holding that refusal to wear 'sakha and sindoor' are indicative of the wife's refusal to accept her marriage. The Bench of Chief Justice Ajai Lamba and Justice Soumitra Saikia observed that when a wife, who used to wear Sindoor, suddenly stops wearing it due to differences with her husband, it can be safely concluded that...

The Gauhati High Court has dismissed review against its order holding that refusal to wear 'sakha and sindoor' are indicative of the wife's refusal to accept her marriage.

The Bench of Chief Justice Ajai Lamba and Justice Soumitra Saikia observed that when a wife, who used to wear Sindoor, suddenly stops wearing it due to differences with her husband, it can be safely concluded that her marriage with her husband has "irrevocably broken".

"The circumstances can be considered differently if the wife never wore 'sindoor'. In such circumstances, the husband would not be justified in pleading not wearing 'sindoor' as an incident of cruelty. In this case, however the circumstances appear to be different. On considering the evidence cumulatively and on plain reading of the statement given by the wife, it appears that the wife earlier used to wear 'sindoor' however when she stopped considering him as her husband, she stopped wearing 'sindoor'. Surely, when the facts and circumstances and evidences are considered collectively, such statement given by the wife can also be considered for concluding that the marriage had irrevocably broken. It is in this sense that the evidence has been read."

In June this year, the same Bench had allowed the matrimonial appeal preferred by a husband against the order of a Family Court dismissing his application for divorce. It had held that under the custom of Hindu Marriage, a lady who has entered into marriage according to Hindu rituals and customs, her refusal to wear 'sakha and sindoor' will project her to be unmarried and/or signify her refusal to accept the marriage.

Other reasons given by the Court are listed below:

In the present proceedings, the wife had sought review of this order on the ground that not wearing or refusal to wear 'sindoor' by wife cannot constitute cruelty so as to justify dissolving the marriage.

While dismissing the petition, the Court clarified that refusal to wear sindoor was not the only reason why the Court had allowed the husband's matrimonial appeal.

It was pointed out that the Court had contemplated other circumstances as well, such as initiation of false criminal proceedings by her, against her husband.

"It appears that the review applicant is reading the statement in regard to the wife not wearing 'sindoor' out of context. The review application has been argued as if this was the only ground considered by the Court for dissolving the marriage, however as explained herein above it is not so. The Court has essentially relied on the circumstance of cruelty caused by initiating false criminal proceedings," the Court said.

"The other facts and circumstances, as mentioned in the judgment under review, convinced the Court that the marriage was irrevocably broken on account of various acts done by the wife. Learned counsel for the review petitioner, in reference to the facts and circumstances emanating from the evidence available on record, admits that there was no matrimonial harmony left between the husband and wife, and the matrimonial relations had fractured."

Significantly, the wife had urged that she had entered into an agreement with her husband as per which, no family members of either the husband or the wife were to visit them. As such, it could not be said that she had prevented her husband from performing his statutory duties towards his aged mother under Maintenance and Welfare of Parents and Senior Citizens Act, 2007.

Dismissing this argument as well, the Court said: