Giving Money To Another For Consuming Drugs Does Not Mean 'Financing' or 'Harbouring' Under Section 27A of NDPS Act: Bombay HC [Read Order] 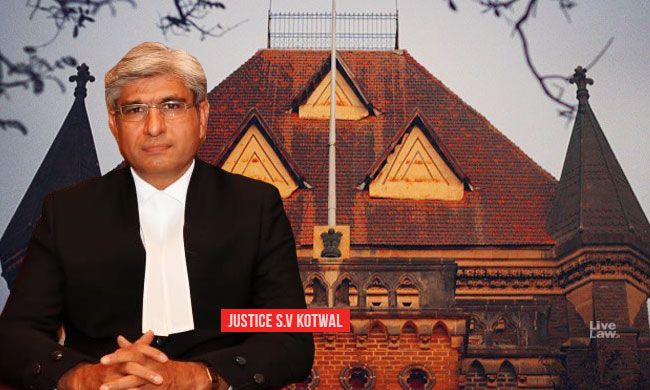 In the order granting bail to actor Rhea Chakraborty, the Bombay High Court interpreted the scope of Section 27A of the Narcotic Drugs and Psychotropic Substances (NPDS) Act, 1985, which deals with the offences of "financing illicit traffic and harbouring offenders".A bench of Justice Sarang V Kotwal observed that giving money to another person for consuming drugs cannot be interpreted to...

In the order granting bail to actor Rhea Chakraborty, the Bombay High Court interpreted the scope of Section 27A of the Narcotic Drugs and Psychotropic Substances (NPDS) Act, 1985, which deals with the offences of "financing illicit traffic and harbouring offenders".

A bench of Justice Sarang V Kotwal observed that giving money to another person for consuming drugs cannot be interpreted to mean "financing" and "harbouring" an offender under Section 27A.

"I am unable to agree with the submission that giving money to another for consuming drug would mean encouraging such habit and would mean "financing" or "harbouring" as envisaged under Section 27A of the NDPS Act", the judge stated in the case Rhea Chakraborty v.Union of India and others .

The Narcotics Control Bureau(NCB) had invoked Section 27A - a stringent offence which is punishable with a minimum of 10 years imprisonment - alleging that she had paid for the drugs purchased by her partner Sushant Singh Rajput. The NCB's counsel, Additional Solicitor General Anil Singh, had also submitted that concealment of drug consumption by another would amount to "harbouring" an offender.

After a detailed analysis of the reasons behind the insertion of Section 27A and the scheme of the Act, Justice Kotwal rejected the NCB's arguments.

Firstly, the Court referred to the definition of "illicit traffic" given in Section 2(viiib)  . 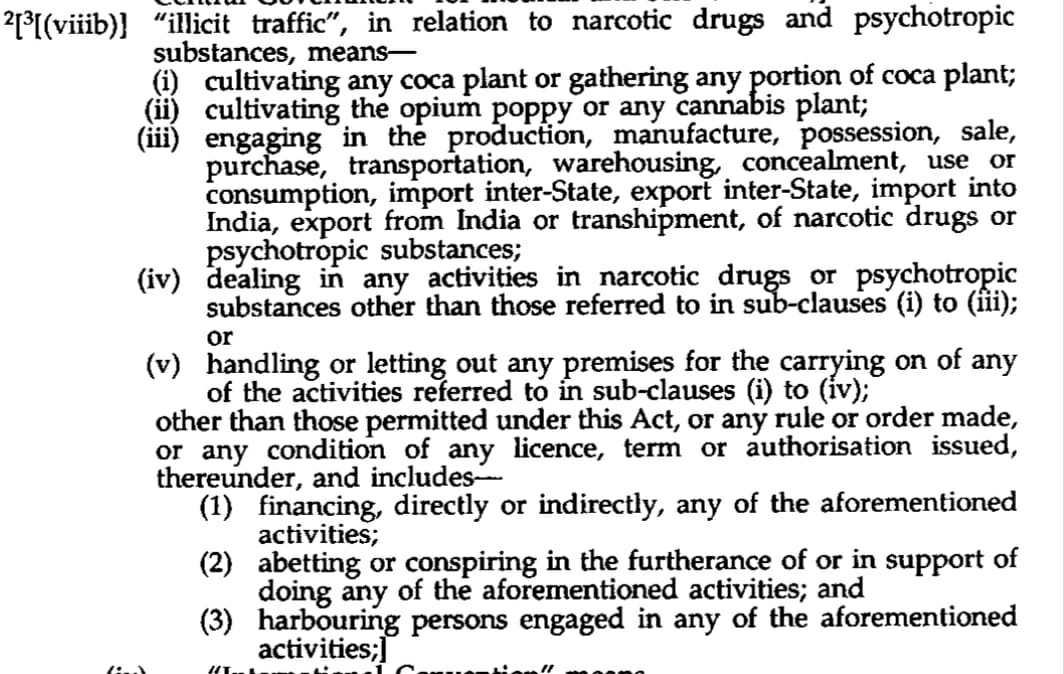 The Court noted that the activities mentioned in sub-clause(iii) of Section 2(viiib) regarding "sale, purchase, export, import etc" overlaps with Section 8(c), which lists out prohibited activities under the Act. The violation of Section 8(c) however attracts a much lesser punishment, when compared to Section 27A.

"The activities mentioned in Section 2(viiia)(iii) and Section 8(c) refer to sale, purchase, export, import etc.. All these activities involve monetary transactions. For every sale or purchase, there can be use of money.

But, that will not mean that either of the parties has "financed" the transaction. Such sale and purchase are separately prohibited and made punishable under Section 8(c) read with Section 20 and other similar Sections. Therefore, "financing" is something more than just paying for purchase and other activities involving contraband as defined under Section 8(c). Contravention of that Section and indulging in activities mentioned in Sections 20, 21, 22 and 23 incur punishment depending on the quantity of the contraband", the Court said.

To interpret Section 27A harmoniously with the other sections, the Court took note of the Statement of Objects and Reasons behind its incorporation by way of the amendment made in 1989

"The Statement of Objects and Reasons of the 1989 Amendment mentions that India was facing a problem of transit traffic in illicit drugs. The spill-over from such traffic was causing problems of abuse and addiction. Therefore, need was felt to amend the Law to further strengthen it.

Thus, the aim was to control the traffic in illicit drugs as the spill over from such traffic was causing problems of abuse and addiction. The Legislature wanted to attack the basic cause of illicit traffic of drugs. The prohibitory Section 8 was already existing at that time. Therefore, a separate Section 27A was introduced to check these activities which were the root cause of illicit traffic. "Financing" and "harbouring" such activities were, therefore, specifically mentioned under Section 27A."

"Financing" is not defined under the Act. So, interpreting this word in the context of the object sought to be achieved by Section 27A, the Court observed :

"...simply providing money for a particular transaction or other transactions will not be financing of that activity. Financing will have to be interpreted to mean to provide funds for either making that particular activity operational or for sustaining it. It is the financial support which directly or indirectly is cause of existence of such illicit traffic. The word "financing" would necessarily refer to some activities involving illegal trade or business".

"..if Section 27A is read in its entirety, it indicates that financing is in respect of illicit traffic through which the financer expects monetary or other returns",

The allegations against the Applicant of spending money in procuring drugs for Sushant Singh Rajput will not, therefore, mean that she had financed illicit traffic, Court said.

In this connection, Justice Kotwal expressed agreement with the interpretation given by the High Court of Kerala to "financing" in the judgment K.K. Ashraf vs State of Kerala.

"The expression "financing" was not related to the payment of the value of the narcotic drug. On the other hand, it involved an activity other than sale or purchase of the narcotic drug, in which a person invests or provides funds or resources for facilitating the activities mentioned in sub-clauses (i) to (v) of Clause (viiib) of Section 2 of the NDPS Act. I agree with these observations"

Similarly, on the aspect of "harbouring" an offender (Sushant in this case), Court said that the word is not defined under NDPS Act and referred to the Supreme Court's judgment in a case under TADA in Kalpanath Rai Vs. State (through CBI). Harbouring is also not defined under TADA and so the definition under Section 52A of IPC was referred to.

"This only means that first of all there has to be another offender who has committed the offence. The person who is charged with harbouring that main offender should have supplied him with shelter, food etc.; and then the next requirement is that that second person should have done this to prevent the main offender's apprehension.

In the present case, no criminal case or FIR was pending against Sushant Singh Rajput. He was residing in his own house and was spending for his own food and other necessities. At that point of time, he had no apprehension of any arrest. Therefore, the act on the part of the Applicant cannot be stretched to attract the allegation of harbouring Sushant Singh Rajput."

The Court also commented on the anomaly of invoking Section 27A against Rhea as the alleged beneficiary of the transaction, Sushant, is liable for a smaller punishment only. That too, he can avoid by volunteering for rehabilitation under Section 64A.

"By applying the interpretation of Section 27A by NCB, if some other person like a friend or a relative pays money for such consumption, then the person who actually consumes the drug can be punished only upto one year or can get immunity under Section 64-A of NDPS Act; but the person who gives money for purchasing that drug faces the prospect of spending twenty years in jail. This is highly disproportionate and would be extremely unreasonable", the HC observed.

"Section 27A will have to be interpreted harmoniously with other Sections as well as Objects and Reasons of the Act so that it attacks the illicit drug trafficking, but, does not extend to sentencing another accused more severely than the main offender", the Court added.