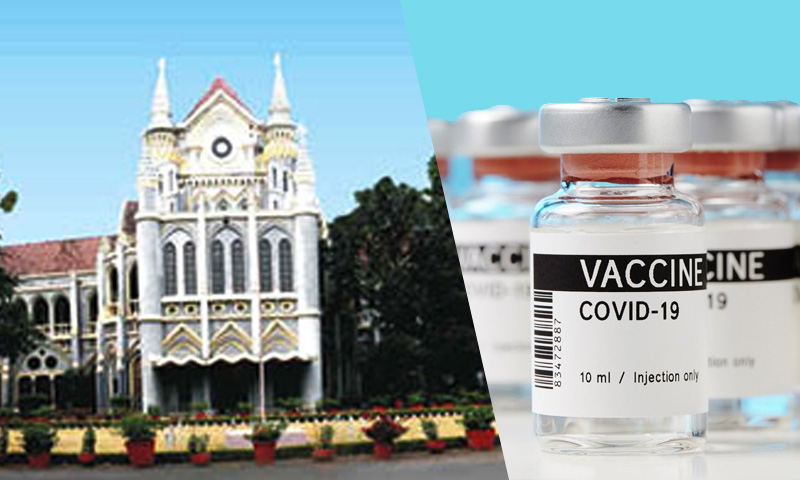 Dealing with a plea seeking a direction to the State to initiate steps to invite global tenders from various so as to ensure timely vaccination of the adult population of the State, the Madhya Pradesh High Court yesterday sought response from Centre and State Government. A Division Bench of the High Court of Madhya Pradesh comprising Chief Justice Mohammad Rafiq and...

Dealing with a plea seeking a direction to the State to initiate steps to invite global tenders from various so as to ensure timely vaccination of the adult population of the State, the Madhya Pradesh High Court yesterday sought response from Centre and State Government.

A Division Bench of the High Court of Madhya Pradesh comprising Chief Justice Mohammad Rafiq and Justice Atul Sreedharan also asked a responsible officer from the office of Central Drugs Standard Control Organisation to appear before the Court.

A Petition had been moved by one Sunil Gupta through Advocate Siddharth R. Gupta praying that steps be initiated towards invitation of a global tender from various successfully tested vaccine production companies, for the supply of the requisite quantity of the vaccine.

It was argued that many other States including the State of Uttar Pradesh, Odisha, Karnataka, Maharashtra, Andhra Pradesh, Telangana, Delhi had already done that.

Stressing that since 'Health' is State subject vide List-2, Entry 6, under Seventh Schedule of the Constitution of India, the plea had stated,

"The States can take appropriate policy measures with respect to supply of drugs and 13 14 there is no constitutional inhibition in doing the same. Rather it is the obligation of the State to ensure that the fundamental rights of its citizens are preserved, protected and kept intact especially under Article 21 of the Constitution of India."

Importantly, the plea had stated,

"Where on one hand, the State Government is not able to ensure speedier and widespread vaccination due to availability of doses, on the other hand, private entities across the country are able to squeeze a lion's share in the pie by getting the doses and vaccinating the people at much higher rates than that on which the Central Government is procuring, i.e., at the rate of Rs. 150 per dose per person."

However, the plea added that if the State purchases a bulk lot of vaccines by placing a direct purchase order without any interference by the Central Government through a direct tender process, as has been done with many other categories of drugs in the normal course, then the problem shall be resolved.

The Court issued notice to the Union of India, Central Drugs Standard Control Organisation and Drugs Controller General of India.

The counsel for Central Drugs Standard Control Organisation submitted that the Central Government had adopted a policy according to which it can issue licence in favour of local manufacturers within the State of Madhya Pradesh for manufacturing the vaccine namely Covaxin.

To this, the Advocate General (for the state of MP) appeared and accepted the notice on behalf of the MP Government and prayed for time to seek instructions on both the aspects and to apprise this Court with the stand of the State Government.

Now, the matter would come up on 24th May 2021 for further hearing.

In related news, the Madhya Pradesh High Court on Monday (May 17) directed the State Government to ensure that any stock of genuine Remdesivir injections does not go waste.