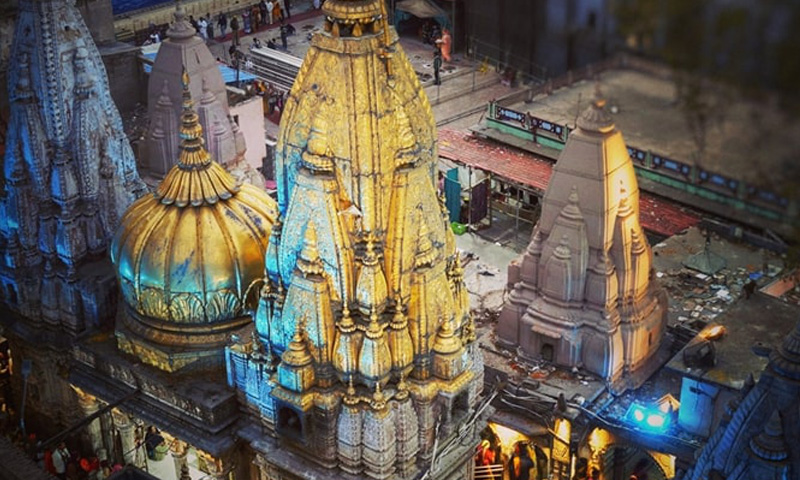 The Allahabad High Court today stayed the Suit, including the Varanasi lower court order in the Gyanvapi-Kashi land dispute case, wherein it had directed the Archaeological Survey of India (ASI) to conduct a survey of the Mosque complex. The Bench of Justice Prakash Padia today observed that the Varanasi court should not have proceeded and decided the application filed for...

The Allahabad High Court today stayed the Suit, including the Varanasi lower court order in the Gyanvapi-Kashi land dispute case, wherein it had directed the Archaeological Survey of India (ASI) to conduct a survey of the Mosque complex.

The Bench of Justice Prakash Padia today observed that the Varanasi court should not have proceeded and decided the application filed for survey by Archaeological Survey of India in view of the fact that the verdict in the petitions were pending before the High Court.

The Bench also observed that the court should have waited for the verdict in the petitions pending before the High Court and it was not appropriate for it to proceed further in the matter till the time a judgment was delivered by the High Court.

According to a suit filed by the Temple's Trust in 1991 in the Varanasi District Court, the temple was destroyed by the Mughal emperor Aurangzeb in 1664 and the mosque was built using the remains of the temple.

A plaint was filed before the Varanasi Court by the Ancient Idol Of Swayambhu Lord Vishweshwar And 5 Others in the year 1991 claiming the restoration of the land on which the Gyanvapi Mosque stands to Hindus.

It was also claimed that the Swayambhu Jotrilinga was situated in the disputed structure and the aforesaid land in dispute is itself the part and partial of Lord Visheshwar.

Therefore, it was contended that the place in dispute is the abode of the Deity Swayambhu Lord Visheshwar and the same can't be made the place of worship for other religion.

On the other hand, the Stand of the Majid committee was this -  since the plaint was barred by the provisions of Places of Worship (Special Provisions) Act, 1991, the same should be rejected.

Thereafter, the matter in the form of a writ petition reached the High Court, and therefore, an interim order was granted by the Court staying the further proceedings in respect of Suit No.610 of 1991 pending in the Court below.

Also, on certain issues associated with the dispute, a Judgment was reserved by the High Court on March 15, 2021.

However, despite knowing that the High Court had reserved its Judgment on certain issues, the court below proceeded to decide the issues and vide order dated 8th April 2021, it allowed the Archaeological Survey of India to undertake a survey at the disputed site of Kashi Vishwanath Temple-Gyanvapi Mosque.

The Court also directed the Uttar Pradesh government to bear the cost of the survey.

In response to this, the managing committee of the Gyanvapi Mosque in Varanasi, Anjuman Intezamia Masjid, and the Uttar Pradesh Sunni Central Waqf Board moved the Allahabad High Court seeking a stay on the proceedings of the Varanasi court, and also filed applications challenging the maintainability of the civil suit pending before the lower court.

An application had been filed by Anjuman Intezamia Masajid Varanasi, while praying for staying the effect and operation of the impugned order dated 8th April 2021, had stated thus:

Furthermore, the application had read thus:

"In the opinion of the Court, the Court below should wait for the verdict in the petitions pending before this Court and not to proceed further in the matter till the time a judgment is delivered. The judicial courtesy and decorum warranted such discipline which was expected from the Court below but for the unfathomable reasons, neither of the courses were taken. It is to be regretted that the court below departed from this 21 traditional way in the present case and chose to examine the question himself. I have said so with the fond hope that judicial enthusiasm should not obliterate the profound responsibility that is expected from the Court below"