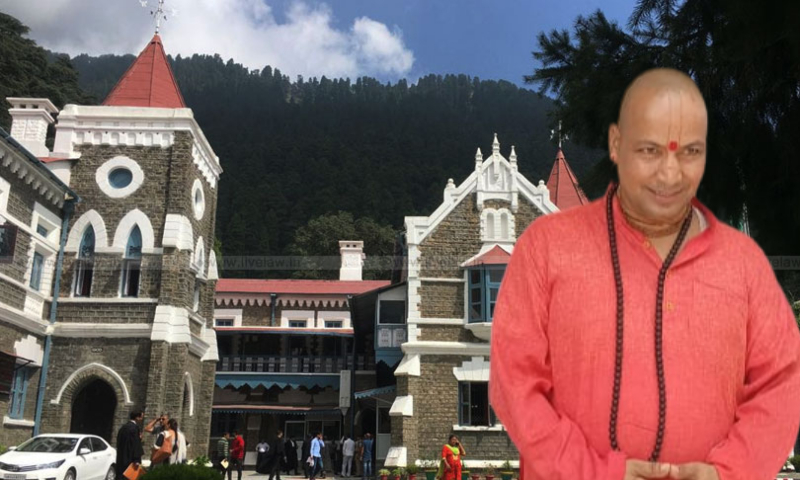 The Bench of Justice Narayan Singh Dhanik granted him bail on the condition of executing a personal bond and furnishing two reliable sureties, each of like amount, to the satisfaction of the Court concerned

Essentially, an FIR had been registered against Sagar Sindhu Maharaj alleging that during a religious meeting, in the name of Dharma Sansad (organized in December 2021) he and many others had made objectionable and provocative statements against the Prophet Mohammad and the religion of Islam.

It was further alleged in the FIR that due to the alleged hate speech delivered by them, the religious sentiments of the informant (Gulbahar Khan) and millions of people who believe in Islam have been hurt.

It may be noted that for his alleged hate speech, Sagar Sindhu Maharaj has been booked under Sections 153A [Promoting enmity between different groups on grounds of religion, race, place of birth, residence, language, etc., and doing acts prejudicial to maintenance of harmony], 295A [Deliberate and malicious acts, intended to outrage reli­gious feelings of any class by insulting its religion or reli­gious beliefs] of Indian Penal Code, 1860 by Uttarakhand Police.

Before the High Court, it was argued by the counsel for Sagar Sindhu Maharaj that he was falsely implicated in the case and he has no criminal history, and he is languishing in jail since long.

It was further argued that the FIR is a delayed one and that he was not named in the FIR and no clear role had been assigned to him. It was contended that being a sadhu who belongs to Hindu Community, he was being falsely implicated in the present case and that the FIR is based on an alleged video clip that had not been established as real.

Lastly, it was argued that the co-accused has been granted bail by the lower court.

Considering the facts and circumstances of the case, without expressing any opinion as to the final merits of the case, the Court concluded that the applicant deserved bail at this stage and thus, the bail application was allowed.

In related news, the Supreme Court on May 17 granted bail to Jitendra Tyagi alias Wasim Rizvi in the case for allegedly making anti-Muslim hate speeches at the Haridwar Dharam Sansad on medical grounds for three months.

A bench comprising Justices Ajay Rastogi and Vikram Nath issued the direction in the special leave petition filed by Tyagi challenging the March 8 order of the Uttarakhand High Court which denied him bail.

On May 19, the Supreme Court granted liberty to the petitioners who have filed a PIL seeking action against alleged hate speeches in Dharam Sansad meets to move the vacation bench with respect to any hate speech in the upcoming Dharam Sansand events in June-July (when the Court is closed for summer vacations).

"If any urgent orders are required before the next date of hearing, it will be open to the parties to seek appropriate relief before the vacation bench", the bench said accepting the request of Senior Advocate Kapil Sibal.