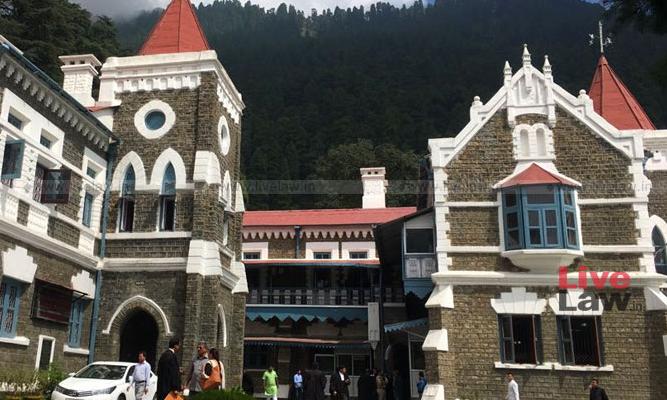 The Uttarakhand High Court on Monday (21st September) observed that "for fair and peaceful election, during the election campaign, party or candidate should not indulge in any activity which may create mutual hatred or cause tension between different classes of the citizens of India on the ground of religion, race, caste, community or language."The Bench of Justice Alok Kumar Verma...

The Uttarakhand High Court on Monday (21st September) observed that "for fair and peaceful election, during the election campaign, party or candidate should not indulge in any activity which may create mutual hatred or cause tension between different classes of the citizens of India on the ground of religion, race, caste, community or language."

"It is the fundamental duty of every citizen to promote harmony and the spirit of common brotherhood and fraternity amongst all the people of India transcending religious, linguistic and regional or sectional diversities."

An application was filed under Section 482 of the Code of Criminal Procedure, 1973 to quash the Charge Sheet dated 05.03.2012 in Case Crime No.12 of 2012 registered with Police Station Gopeshwar, District Chamoli and cognizance order dated 18.09.2014, passed by the learned Chief Judicial Magistrate, Chamoli in Criminal Case No.699 of 2012, "State vs. Rajendra Singh Bhandari" under Section 125 of the Representation of the People Act, 1951 along with entire proceedings, pending in the court of Chief Judicial Magistrate, Chamoli.

It may be noted that the election of the Legislative Assembly of Uttarakhand was held in the year, 2012. The present applicant contested the said election from Badrinath Assembly Constituency as a candidate of Indian National Congress Party.

While contesting the said election, the present applicant had printed a picture (photo) of Lord Badrinath in his handbills as well as pamphlets.

On the account of this illegal activity on the part of the applicant to influence the voters and used the religious feelings of local people, an FIR was lodged against the applicant on 25.01.2012 under Section 125 of the Act, 1951 and Section 153A of the I.P.C. by the Returning Officer.

In the FIR, it was clearly mentioned that due to the act of the applicant, the religious sentiments of the people are being shaken.

On the basis of the evidence found against the present applicant for his involvement in the commission of the crime, the Investigating Officer had submitted the charge sheet against the applicant under sub-section (3) of Section 123 of the Act, 1951.

Subsequent to the submission of the charge sheet, the learned Chief Judicial Magistrate took the cognizance under Section 171-F of the I.P.C. read with Section 123 (3) of the Act, 1951 against the present applicant and passed the summoning order on 27.09.2012.

Being aggrieved by the said order dated 27.09.2012, the applicant preferred a revision before the Court of Session.

In pursuance of the revisional order dated 26.06.2014, the learned Chief Judicial Magistrate, after hearing the arguments of both the parties, passed the impugned order dated 18.09.2014, whereby the learned Chief Judicial Magistrate, Chamoli took the cognizance in the offence punishable under Section 125 of the Act, 1951 and issued summons to the present applicant.

In the present case, the Court observed, the learned Chief Judicial Magistrate took the cognizance after considering the evidence available on the record.

The Court noted that it is well settled that at the time of considering of the case for cognizance and summoning, merits of the case cannot be tested and it is wholly impermissible for the High Court to enter into the factual arena to adjudge the correctness of the allegations.

Further, the Court said that the Court would not also examine the genuineness of the allegations since this Court does not function as a Court of Appeal or Revision, while exercising its jurisdiction under Section 482 of the Code.

In this matter, the Court observed, it cannot be said that there are no allegations against the applicant.

"Section 125. Promoting enmity between classes in connection with election.—Any person who in connection with an election under this Act promotes or attempts to promote on grounds of religion, race, caste, community or language, feelings of enmity or hatred, between different classes of the citizens of India shall be punishable with imprisonment for a term which may extend to three years, or with fine, or with both."

"The use of the expression "promotes or attempts to promote" in Section 125 of the Act, 1951 shows that there has to be mens rea on the part of the accused to commit the offence of promoting disharmony amongst different religions under Section 125, whereas, the case of the applicant is that this matter is launched by the political opponents. These allegations are required to be tested only at the time of trial. This Court cannot hold a parallel trial in an application under Section 482 of the Code."

Accordingly, the prayers for quashing the charge-sheet and setting aside the cognizance order along with entire proceedings was refused.