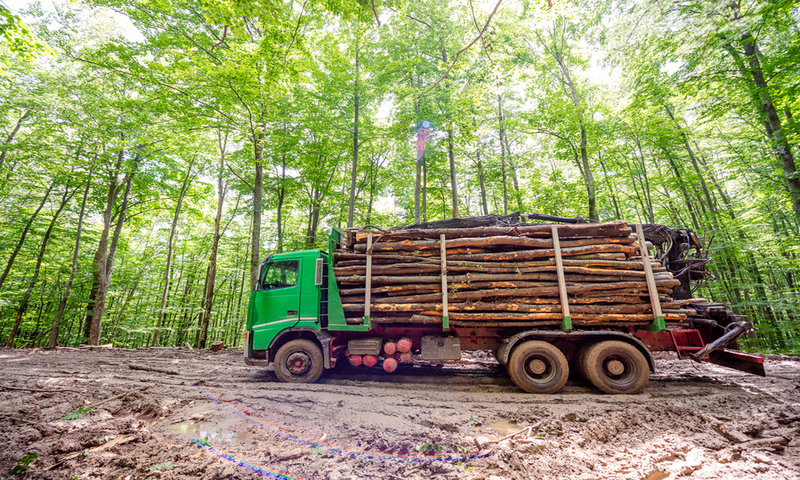 The Madhya Pradesh High Court recently observed that if any vehicle or property is involved and confiscated in forest offence, no direction for its release can be given by the High Court either under Article 226/227 of the Constitution of India or under S. 482 CrPC in view of Madhya Pradesh amendments to the Forest Act 1927. The Bench of Justice Sanjay Dwivedi ruled thus while relying...

The Madhya Pradesh High Court recently observed that if any vehicle or property is involved and confiscated in forest offence, no direction for its release can be given by the High Court either under Article 226/227 of the Constitution of India or under S. 482 CrPC in view of Madhya Pradesh amendments to the Forest Act 1927.

The Bench of Justice Sanjay Dwivedi ruled thus while relying on Apex Court's ruling in the case of State of Madhya Pradesh v. Uday Singh (2020)12 SCC 733 wherein it was held once the vehicle is confiscated under the Forest Act, it cannot be released by the direction of the High Court.

The Court was hearing a writ plea filed under Article 226 of the Constitution of India, seeking the release of the vehicle which got confiscated in a forest offence under the provisions of the Indian Forest Act, 1927.

The Counsel for the petitioner argued that a direction for release of the vehicle under Section 451 CrPC cannot be given (in view of Uday Singh ruling), however, exercising of extraordinary jurisdiction under Article 226, such a direction can be given by the High Court.

It may be noted that as per the amendments brought by MP Act 25 of 1983 to the Indian Forest Act 1927, specific provisions were added with regard to the seizure and confiscation of forest produce and of tools, boats, vehicles and articles used in the commission of offences.

Importantly, as per the Forest Act 1927, as amended by MP Act of 1983, Section 52-C stipulates that once an intimation of the initiation of confiscation proceedings is received by the Magistrate, no court, tribunal or authority, other than an Authorised Officer, an Appellate Authority or Court of Sessions (under Sections 52, 52-A and 52-B) shall have jurisdiction to pass orders with regard to the possession, delivery, disposal or distribution of the property in regard to which confiscation proceedings have been initiated.

Notably, Sub-section (1) of Section 52-C has a non obstante provision which operates notwithstanding anything to the contrary contained in the Indian Forest Act 1927 or in any other law for the time being in force.

The only saving is in respect of an officer duly empowered by the State government for directing the immediate release of a property seized under Section 52, as provided in Section 31

In this regard, the Apex Court in 'Uday Singh' too, noted that at this stage, if under 482 CrPC, A direction is issued by the High Court, to the Magistrate to direct the interim release of the vehicle, which has been seized, the same would be contrary to law.

Essentially, at this stage, the jurisdiction under Section 451 of the CrPC wouldn't not available to the Magistrate, since the Authorised Officer has already initiated confiscation the proceedings and therefore, 482 CrPC power can't be entertained by the High Court.

It is important to note that by isolating the confiscation of forest produce and the instruments utilised for the commission of an offence from criminal trials, the MP State legislature intended to ensure that confiscation is an effective deterrent.

Since, the absence of effective deterrence was considered by the Legislature to be a deficiency in the legal regime, therefore, the state amendment had sought to overcome that deficiency by imposing stringent deterrents against such activities.

Relying upon Apex Court's 'Uday Singh' ruling, the High Court noted that as per the Top Court, it specified that High Court can't direct for the release of property confiscated under Forest Act read with MP amendment under 482 CrPC, however, this limitation would be present while entertaining a writ plea under Article 226 (even though the Top court explicitly didn't say so).

Against this backdrop, the Court observed thus while dismissing the plea:

"I am not inclined to entertain this petition for the reason that the orders passed by the Court below/authorities do not suffer from any illegality and in the light of law laid down by the Supreme Court in the case of Uday Singh (supra), no direction can be issued for release of vehicle confiscated in connection with forest offence."