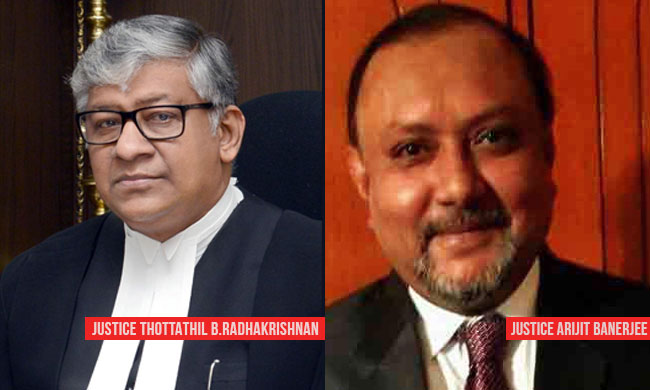 In a special sitting held on Saturday, the Calcutta High Court directed the West Bengal Government to file affidavits explaining the jurisdiction of the District Magistrate to pass order for internet shutdown in Hooghly district, and also regarding the justifiability of the suspension."The State shall file two separate affidavits, one pertaining to jurisdiction of the District Magistrate to...

In a special sitting held on Saturday, the Calcutta High Court directed the West Bengal Government to file affidavits explaining the jurisdiction of the District Magistrate to pass order for internet shutdown in Hooghly district, and also regarding the justifiability of the suspension.

"The State shall file two separate affidavits, one pertaining to jurisdiction of the District Magistrate to pass the impugned suspension order and the other pertaining to justifiability of the suspension order", ordered a division bench comprising Chief Justice Thottathil B Radhakrishnan and Justice Arijit Banerjee in a session held via video conferencing.

The Advocate General, Kishore Dutta, told the Court that the internet suspension, which is scheduled to expire tomorrow, will not be extended any further in view of the improved law and order situation in the region.

The bench passed the order while hearing the petitions filed by Software Freedom Law Center India and Advocate Priyanka Tibrewal, which challenged the internet shutdown order.

The Advocate General submitted that the suspension order can also be passed by the appropriate authority in exercise of power under Section 144 of the Code of Criminal Procedure.

The bench chose to not go into these issues at moment in the light of the submission of the State that the suspension will not be extended beyond May 17.

Following eruption of communal violence in three areas of the Hooghly district on May 12, the concerned District Magistrate issued an order under Section 144 of CrPC, suspending internet services thereof until May 17.

SFLC, represented by Advocate Prashant Sugathan, argued that the District Magistrate had no powers to issue internet suspension order as per the Temporary Suspension of Telecom Services (Public Emergency or Public Safety) Rules 2017 and the Telegraph Act.

"It can be established that ordering an internet suspension using Section 144 Criminal Procedure Code, 1973 when there is a specific law viz. Telecom Suspension Rules is a misuse of the Provision and is illegal," their plea stated.

The Petitioner contended that internet shutdown during the present crisis is not limited to restricting the Rights under Article 19 of the Constitution but it is equivalent to "suppression of all legal and constitutional rights" inasmuch as the Courts are being accessed through video Conference facilities, which can be facilitated only through uninterrupted internet services.

Furthermore, the Petitioners pointed out that suspension of internet for 6 long days will also have a detrimental impact on the fight against COVID-19.

"The shutting down of the internet facility in such areas of the district, particularly at a time when the nation is working and studying from home through internet in guise of reasonable restriction until May 17, 2020 is not tenable in law", submitted Advocate Priyanka Tibrewal in her plea.

The petition filed by Advocate Priyanka Tibrewal, apart from challenging the internet suspension order, sought for court-monitored enquiry into the violence.

The Court will consider the matter again on May 22.