If Officers Stumble Upon Contraband During Income Tax Search It Does Not Amount To Seizure Under NDPS Act: Bombay HC [Read Judgment] 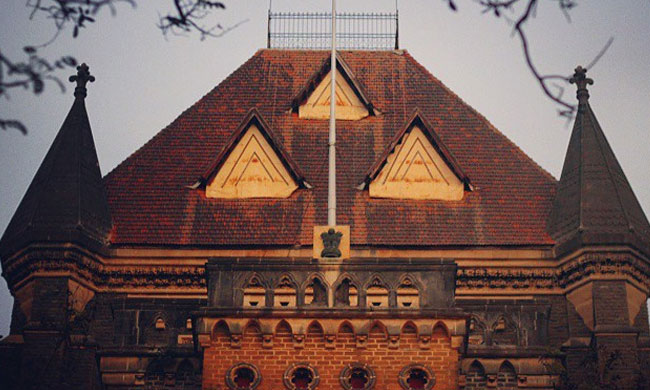 Refusing relief to Anant Vardhan Pathak, President (Corporate Affairs), Yash Birla Group, the Bombay High Court on Friday held that when officers stumble upon a contraband (4.5 gm cocaine in this case) during an income tax raid, it does not amount to 'seizure' under the Narcotics And Psychotropic Substances Act. Justice NJ Jamdar passed the judgment more than five months after reserving it...

Refusing relief to Anant Vardhan Pathak, President (Corporate Affairs), Yash Birla Group, the Bombay High Court on Friday held that when officers stumble upon a contraband (4.5 gm cocaine in this case) during an income tax raid, it does not amount to 'seizure' under the Narcotics And Psychotropic Substances Act.

Justice NJ Jamdar passed the judgment more than five months after reserving it in December last year. Justice Jamdar heard the criminal revision application filed by the 25-year-old Pathak who was arrested after officers of the income tax department found 4.5 grams of cocaine in his possession at a five star hotel in Mumbai six years ago.

Pathak was booked for offences punishable under Section 8(c) read with Section 21(b) of the NDPS Act along with two co-accused.

On January 7, 2014, officers of the Income Tax Department conducted a search and seizure operation at a particular room in Taj Palace Hotel, Mumbai in connection with the affairs of the group companies controlled by Yash Birla. The applicant, who is the President of the Corporate Affairs of the said group was found in the said room along with co-accused.

In the course of the said search and seizure operation, one of the co-accused namely Dharmu Rathod was found in possession of eight small self-knotted transparent polythene pouches containing white powdery substance kept in a white paper envelope. The officers collected the said article and kept it in a safe, which was available in the said room, in the presence of the public witnesses, who were already summoned for the said search and seizure operation. The superior officers of the Income Tax Department thereafter informed the Zonal Director, Narcotics Control Bureau, Mumbai on January 10, 2014 about the said occurrence.

Then the empowered officers of NCB came to the said room on the same day and the said substance was checked with the assistance of a field testing kit. It transpired that the said substance was cocaine weighing about 4.5 grams. The officers of NCB seized the said contraband material in adherence to the procedure. After completion of the investigation, charge- sheet was filed against the accused for the offence punishable under section 8(c) read with section 21(b) of the NDPS Act.

The special judge had rejected the applicant's contention that officers who were not empowered under the NDPS Act could not have conducted the seizure of the contraband.

Senior Advocate Ashok Mundargi appeared on behalf of the applicant and Special Public Prosecutor Poornima Kantharia for the NCB.

Mundargi vehemently opposed the Special Judge's order and submitted that he committed a manifest error in recording a finding that the income tax officers did not "seize" the contraband substance on January 7, 2014. According to him, this is an erroneous view which vitiates the impugned order.

He argued that in view of the governing provisions of the NDPS Act and binding precedents, the Special Judge could not have taken the view that the contraband was not at all seized on January 7, 2014 but three days later by empowered officers of the NCB.

At the outset, Court noted-

"In the backdrop of the aforesaid facts, the pivotal question which comes to the fore is whether the act of the Income Tax Officers of collecting and keeping the contraband in the safe custody on 7th January 2014 constitutes a seizure? The phraseology of sections 41 and 42 of NDPS Act, extracted above, indicates that the powers under those sections cannot be exercised by an officer who is not either empowered or authorized. A search and seizure operation by an officer not empowered or authorized would be without mandate of law.

However, when the officers stumbled upon the contraband substance in possession of a person in a totally different proceedings, like the income tax search at hand, different considerations ought to come into play lest the ground of non-compliance of the provisions contained in sections 41 and 42 of the NDPS Act, even in case of an accidental recovery of contraband substance, would cause serious prejudice to the cause of administration of criminal justice."

Justice Jamdar examined several judgments of the Supreme Court including State of Punjab vs. Balbir Singh and submissions advanced on behalf of the applicant. Dismissing the revision application, Justice Jamdar observed-

"I am not persuaded to accede to the submission on behalf of the applicant that the very act of the Income Tax Officers taking over the substance from the possession of the co-accused Dharmu Rathod amounted to "seizure".