Jindal Global Law School Among Top 100 Law Schools Of The World In QS Ranking By Subject; Ranked No. 1 In India 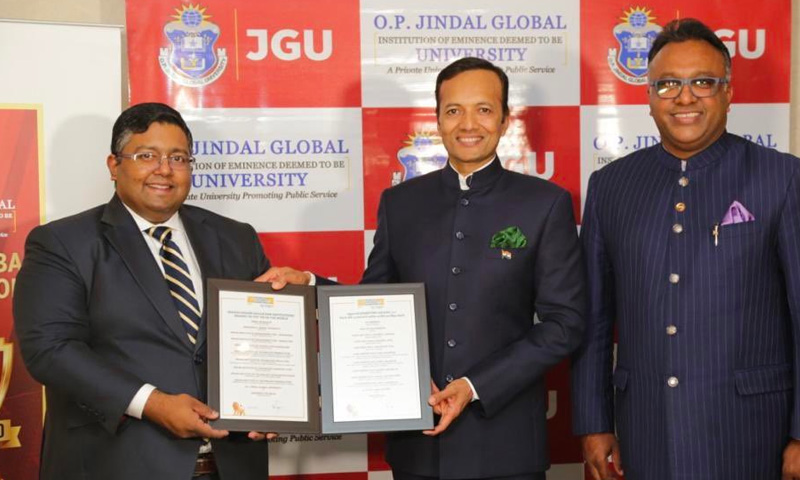 JGLS has become the only Indian Law School to feature in the list, where it has been ranked Number 1 in India and 76th in the world.

QS World University Rankings in Law subject area measures the global relevance of institutions specifically in research in law along with reputation of institutions as perceived by the academic community and employers. The methodology is subject-sensitive and looks at universities or institutions that have a strong focus in law.

To produce the rankings for this year, QS analysed close to 14 million unique scholarly papers, producing more than 80 million citations. 1453 institutions were ranked across 51 subjects in 5 broad subject areas (including social sciences which includes law), creating over 16,981 published entries.

Jindal Global Law School became the only Indian law school to feature in the law ranking. It is ranked Number 1 in India and Ranked 1 in South Asia. It is also Ranked 8 in the entire BRICS region and Ranked 76 in the world!

Last year, JGLS was ranked in the 100-150 category in the QS World University Rankings 2020 by Subject Area Law.

This year, the law school has jumped a minimum of 25 spots and a maximum of 75 spots in the global rankings.

The law school reported a 10% jump in its academic reputation, 45% jump in citations and 25% jump in the H-index.

In 'Employer Reputation', JGLS is Ranked 33 in the world, and in 'Academic Reputation', it is Ranked 58 in the world. These two reputation parameters are measured through a global survey of employers and scholars/academicians respectively.

"O.P. Jindal Global University was born out of a vision that India deserves to have universities that can provide world class education, benchmarking with the best in the world in terms of faculty, education, research, collaborations, and infrastructure. JGU is on a relentless pursuit of promoting excellence in institution building. It is an extraordinary and unprecedented "institutional moment" for JGU to witness history as its first school, the Jindal Global Law School, is ranked number 1 in India and among the top 100 in the world.

At this stage, I cannot help, but reflect upon our journey so far and the short institutional history that we have created together. Having commenced classes in 2009, we are now celebrating a decade of institutional excellence in higher education. The journey has been one full of struggles and setbacks, of small steps and giant leaps. For the first few years of our founding, we were not as focussed on benchmarking ourselves against other leading universities, but we were paying attention and putting all our efforts on building JGU and providing the best learning experience to our students. The last few years have witnessed a significant impetus in our efforts to benchmark our university and indeed our Law School to benchmark ourselves internationally. This has gained phenomenal results, including today's landmark achievement."

Prof. Raj Kumar also thanked Founding Chancellor and Benefactor, Naveen Jindal, for his faith and support, and congratulated Executive Dean of JGLS and other Deans and faculty members of JGLS for their leadership.