'While Advocates Should Be Fearless,They Should Also Be Polite & Humble' : Justice G S Sistani Bids Adieu To Delhi HC 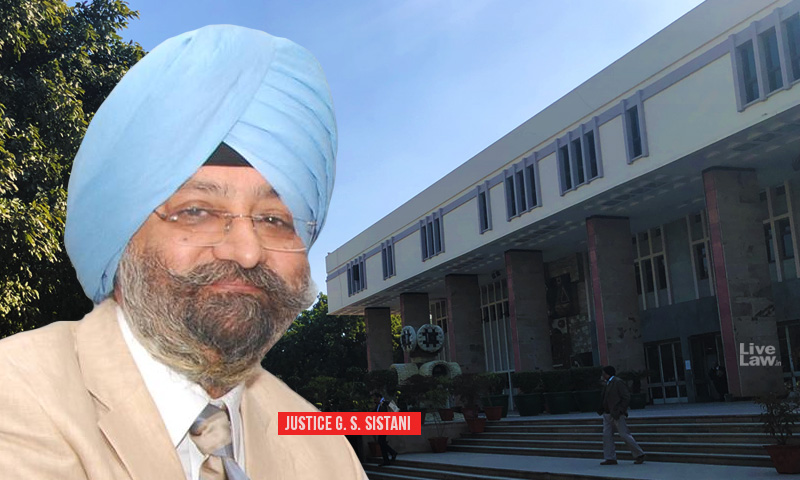 'While advocates should be fearless, they should also be humble and polite; not just to the court, but to each other', so noted Justice Sistani as he bade farewell to the Delhi High Court after years of impeccable service as a judge.

Justice Sistani began his speech by saying that he has a lot to share and tell, especially at a time when he's bidding farewell.

'The love and bonding I share with the Bar would not diminish, but the situation might change', he said.

Justice reminisced about the early days of his career, his love for cricket, and how it felt working with his father who was a Senior Counsel of the court.

'Slowly I started moving away from the cricket field and towards the conferences in my father's office. That's how I entered the legal profession', he shared with the audience.

He also told the young lawyers that he always went to court with utmost preparation, with well prepared briefs and notes. He said:

'Coming from the legal family gives you a boost. However, unless you push hard and prove your mettle, success is not going to come to you. If you read your files, you're a much happier person in court.'

He highlighted that he has spent his service in this court in improving its administration with all his humble endeavours.

Further, Justice Sistani thanked the Registry for its efficient job in ensuring that a matter gets listed before this court within 24 hours of its filing.

Noting that the tasks done by the Administrative Committees are demanding but equally enriching for a judge, Justice Sistani said that the Delhi High Court has proved to be one of the best courts in the country.

He also informed the gathering that he'll miss his bouts of laughter with his colleague judges, especially Justice Bhambhani who he termed as his pillar of strength when he was recovering from the grief of losing his mother.

'With their hard work, they made my life much easier', he noted.

In the honour of the retiring judge, the Delhi High Court Bar Association had organised a farewell event in the central hall of the court's main building, which was then followed up by an official full-court reference in Chief Justice's court.

While addressing the packed courtroom during the full court reference, Chief Justice DN Patel read out the various celebrated judgments of Justice Sistani. He also informed the gathering about his personal bonhomie with Justice Sistani - the latter's love for badminton and golf.

'Justice Sistani's court was a happy court. Even when he passed an adverse order, lawyers took that order with a smile on their face', she said.

'Your lordship created your own sunshine in the court. You brought in your own warmth', she said.

After this, Rahul Mehra, Standing Counsel for Delhi Police, began his address on the illustrious career of Justice Sistani.

'Justice Sistani was the force behind the robust mediation system in this court', Rahul Mehra informed the audience.

Mr Mehra also highlighted that Justice Sistani has always involved himself in providing speedy justice to the weakest and the most downtrodden sections of the society.

'He's been a consistent effort and a bridge between the judiciary and the Delhi Police', Mr Mehra said.

Mr Mehra concluded his address by noting that he's looking forward to seeing Justice Hima Kohli and Justice Vipin Sanghi as the next senior most judges of the court.