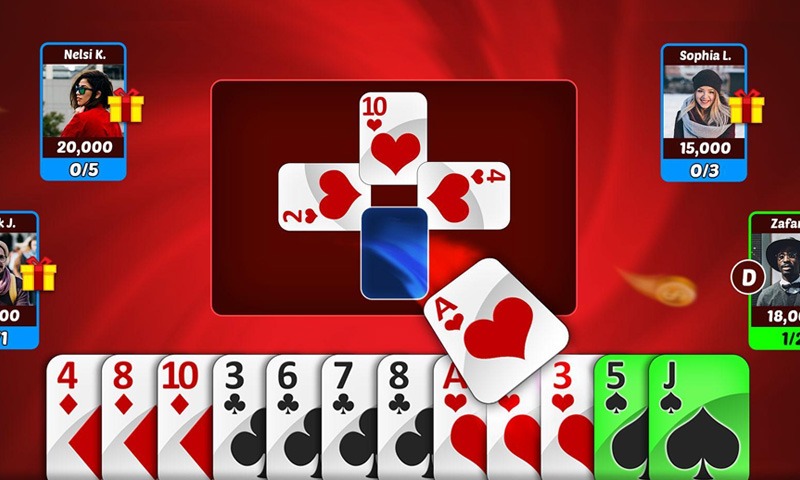 The Karnataka High Court on Wednesday began hearing on a batch of petitions filed challenging the Constitutional validity of the Karnataka Police (Amendment) Act 2021, by which the state government has banned all online gambling and betting, and provide maximum imprisonment of three years and penalty upto Rs 1 lakh for violation of the provisions. Senior Advocate Arvind...

The Karnataka High Court on Wednesday began hearing on a batch of petitions filed challenging the Constitutional validity of the Karnataka Police (Amendment) Act 2021, by which the state government has banned all online gambling and betting, and provide maximum imprisonment of three years and penalty upto Rs 1 lakh for violation of the provisions.

Senior Advocate Arvind Datar appearing for the All India Gaming Federation submitted, "We have challenged the validity of the amendment made to the Karnataka Police Act. New provisions are liable to be struck down. For legislative competence and on grounds of violation of Article 14 and 19."

He also contended that "The Supreme Court in the case of State of Bombay vs. R.M.D Chamarbaugwala AIR 1957 SC 699, has laid down clear principles of what comes under entry 34 List II, wagering where the result is completely dependent on chance. A common example is lottery. For example, cricket betting is completely banned whether a player will be out before scoring 100 or not. There is no game of skill, it is pure chance."

Further, he said, "Online games by definition are not within the state jurisdiction. For example, say a club in Bangalore is allowing playing poker or rummy with money and it is banned as it is a violation as per law enforced in Karnataka, the state jurisdiction can be invoked. But once it goes online you can't justify on the ground that it comes under its territory. Moreover, you can regulate online games and not ban them. If it is allowed everywhere you cannot say that it is banned in Karnataka."

Justice Krishna S Dixit, queried on how the word 'regulated' is interpreted by the Apex court. To which Datar said "Prohibition is an extreme form of regulation. For example alcohol. I may regulate the sale of alcohol. Like in Tamil Nadu nobody can privately sell alcohol unless you have a license from the government. Regulation is where the nature of trade is monitored subject to various controls imposed by the government." He added "This (ban) is affecting so many start-ups in Karnataka which are running online games and threat of arrest is a very serious issue."

To a query made by the court on how the text of the Tamil Nadu Act which has been struck down is framed similar to the Karnataka Act, Datar said, "It was similar to the impugned act. It is not verbatim, but the net result is the same. He submitted a comparison chart to the court and said "By and large the Tamil Nadu Act banned Poker, rummy and other activities and Karnataka went ahead and ban's everything."

He finally submitted that "The reason we are seeking a stay as there is prosecution and threat of an FIR. If I am covered by three SC judgements that are more than 60 years old. Prima facie the law is bad in law, because it is contrary to judgments of the Supreme Court. A similar legislation, if not identical, has been examined thread-bare by the Madras High Court and following SC judgements held it to be unconstitutional. Therefore, It is not open to the state to draft a law which is prima facie beyond its competence."

He added, "All the online setups throughout the country in Bombay, Tamil Nadu, Delhi etc can run these online games without any impediment but the people in Karnataka will be stopped. Many of these game companies have foreign investors, people have put in the money. Online games are going on all over the world. If this act is not stayed it will be a travesty of justice. My submission is `` Let Karnataka fall in line with the rest of the country."

The court then asked Datar, "Will you permit your grandchild to play such games?" In response, he said "If my son chooses to play a game of bridge, with money I cannot stop him, it is their choice. Our charter (AIGF) says Online games is a game of contract and if you are less than 18 years, you cannot play. Once a person is major, then I cannot control the person's choice. Then why do cinemas also let everyone study only?. Every generation is different."

Senior Advocate Abhishek Manu Singhvi, appearing for another petitioner, could not complete his arguments and would continue on Thursday. In his preliminary submissions, he contended that "The Supreme Court judgments and two recent judgments from Madras and Kerala high court, deals with the entirety of the law as regards the game of skill." Further, he said "Rummy is held per se as a game of skill. In case after case. The State government cannot now pass a law saying that I am regulating a game of skill. By a deeming fiction, you can't create competence for yourself. Entry 34 was interpreted by the SC way back in the year 1957, in the State of Bombay vs. R.M.D Chamarbaugwala AIR 1957 SC 699."

It was also said that "Several judgments of High Courts have exempted identical statutes which deal with physical rummy. This Amendment Act has only done is whatever words were available for physical will now apply to virtual gaming. If physical rummy is held as a game of skill then virtual games will also have to be held the same. Moreover, making the game virtual is only to keep with the times and keeping pace with technology."

Opposing the petitions, the state filed its statement of objection in which it has been stated that "An individual having access to the internet can onboard on these online platforms and engage in betting and wagering at any point of time during the day. This is far more disastrous than traditional betting which is restricted in time and space."

Further, it is claimed that the online platforms have resulted in many youngsters in Karnataka being permanently addicted to the vice of bettering and wagering. Match betting and sessions betting are the two major forms of betting prevalent on online platforms."

It is said "In order to protect the people of Karnataka from squandering their hard-earned money in innately valueless activities like betting, gambling and online gaming the amendment act was enacted. In fact, the act was passed by the Karnataka Legislative with leaders across the party line agreeing on the need for such enactment."

The statement also says that the state legislature is competent to make laws relating to Trade Under Entry 26, List 2 of Schedule VII to the constitution. Further, it is said that the petitioners' contention that Entry 31, List 1 of schedule VII confers exclusive powers on the Parliament to enact laws on gaming is misconceived. Also, it is said that the contentions of the petitioners based on judgments of Supreme Court, Madras, Kerala, Punjab and Haryana and Rajasthan high court are misconceived. None of the cases referred to pertain to the interpretation of 'betting and gambling' in Entry 34, list 2 of schedule VII.

The state has also said that Article 39 (f) of the Directive Principles Of State Policy enjoins a duty on the state to ensure that youth are protected against exploitation and against moral and material abandonment. Therefore, the amendment has been enacted to give effect to the high ideals enshrined in the constitution. It does not violate Article 14 and Article 19 (1) g.

Opposing the grant of interim relief by way of staying the amendment act, the state has said "In order to grant interim relief the court needs to be fully convinced that the operation of statute is unconstitutional and irreparable harm will be caused to the members of the public. No harm will be caused to the public if they are restricted from spending their hard earned money in taking risks on uncertain events."

The court will continue hearing the submissions for interim relief on Thursday.