'Even In Calamity, Authorities Must Act With Fairness' : Kerala HC Stays Move To Turn Apartment Complex Into COVID-19 Treatment Facility 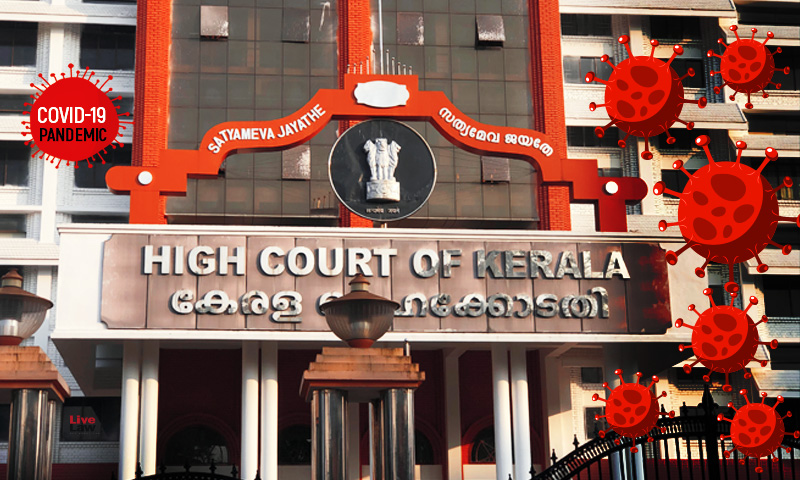 The High Court of Kerala has stayed the move of the administration to take over an apartment complex in Kannur to turn it into a first-line treatment facility for COVID-19 patients.

A single bench of Justice Anu Sivaraman stayed the order passed by the District Collector, Kannur, observing that no reason has been stated why the action had to be taken in "such a hasty manner without any manner of notice being issued to the owners of the apartments".

The Court also noted that the order did not disclose if viable alternatives were taken into consideration.

The interim order was passed in a writ petition filed by one Dr S V Mohammed Haris (one of the co-owner of the building) and Mashood K P (builder of the building). The petitioners' counsel, Advocate M Sasindran, submitted that the residential building was sought to be taken over hastily, that too without notice, without considering the availability of alternate places such as hostels, public buildings, hotels etc.

The District Administration stated that the order was passed invoking the extraordinary powers under the Disaster Management Act, 2005, in view of the rising number of COVID-19 cases in the district following the return of persons from abroad and other parts of the country. It was submitted that the hospitals in Kannur were facing shortage of beds, and urgent measures were needed to tackle the grave situation.

While acknowledging that Disaster Management Act gives powers to the administration for requisition of private properties for relief work even without notice, the Court observed that the "rights of owners of individual properties have to be balanced with the public interest even in a case where urgent steps are to be taken for making arrangements for dealing with a situation".

"It is not in dispute that the unprecedented situation we find ourselves in calls for drastic measures. The promptness and thoroughness of the steps taken by all concerned in the state has brought accolades from all over the world. However, it is worth remembering that in times of calamity as in all other situations, action of statutory authorities require to be guided by principles of fairness and lack of arbitrariness, especially where the individual rights of the citizens are involved", the Court observed.

The Court has however granted liberty to the administration to invoke powers under Section 65 of the Disaster Management Act for taking over the building after putting the owners to notice and considering their objections.