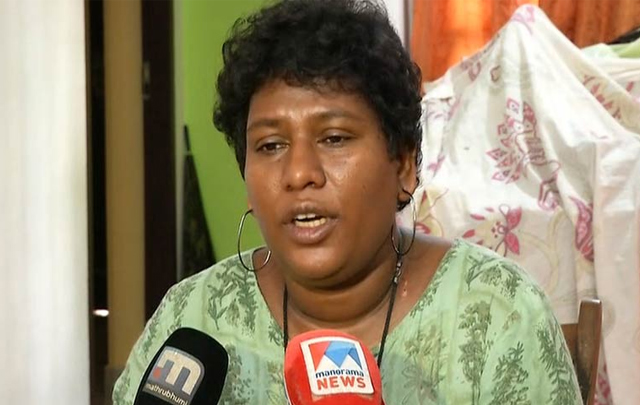 The Kerala High Court recently allowed pre-arrest bail to two persons accused of being part of a group that sprayed 'chemical' spray on activist Bindu Ammini when she approached the Ernakulam City Commissioner's office in 2019 seeking police protection for her pilgrimage to the Sabarimala temple. A Bench of Justice B Sudheendra Kumar found that the allegations as against BJP/RSS...

The Kerala High Court recently allowed pre-arrest bail to two persons accused of being part of a group that sprayed 'chemical' spray on activist Bindu Ammini when she approached the Ernakulam City Commissioner's office in 2019 seeking police protection for her pilgrimage to the Sabarimala temple.

A Bench of Justice B Sudheendra Kumar found that the allegations as against BJP/RSS workers Prateesh Viswanath and CC Rajagopal appeared to be tainted with malafides.

The incident took place in the backdrop of the Supreme Court's verdict allowing women entry into Sabarimala temple.

Pertinently, the Supreme Court refused to issue police protection orders in favour of Bindu Ammini and other activists who sought to enter the temple because the issue was 'emotive'.

Ammini had alleged that a group of around five persons including the two appellants, Pratheesh R and CC Rajagopal, approached her chanting the Ayyappa hymns, after which one person (the first accused) sprayed the substance on her. In her subsequent statement, she averred that the appellants and others protesting the entry of women into Sabarimala touched her body in the presence of public and humiliated her by calling 'Urban Naxal'.

Prateesh and Rajagopal were named as second and third accused respectively.

The Court, after referring witness statements, Ammini's statements to the police about the attack, along with an audio visual recording, concluded that no case against the appellants was disclosed from the material.

The witnesses had only confirmed the involvement of the first accused, the Court clarified.

In this respect, the Court recorded,

Ammini's counsel asserted that the video placed before the Court was recorded at the behest of the accused and this was why only the first accused was present in the same.

However, the Court pointed out that the area surrounding the Commissioner's office that day was surrounded by mediapersons and yet there was no visual showing Pratheesh and Rajagopal along with the first accused.

The video footage did not bear out the allegation that the appellants had touched her and called her an urban naxal, the Court found.

Ammini's statement to the Magistrate under Section 164 last year also did not mention this particular incident, the Court observed, though she had made this averment in her statement to the investigating officer. This was significant as she was a teacher of law and an educated woman, the Court highlighted.

Finding that the two appellants did not seem to be involved, the Court stated,

"It appears from the audio-visual Compact Disc produced along with the case diary that the appellants and many other people gathered near to the victim and talked to her immediately after the incident. However, the victim did not accuse the appellants at that time. None of the witnesses, whose statement was recorded by the police, also did not mention about the involvement of the appellants in the incident".

Pointing out that though Rajagopal was a candidate in the election to the Kerala Legislative Assembly and that Pratheesh is a practising advocate in Ernakulam, the Court remarked that independent witnesses and the victim herself could not identify the appellants.

"Both the appellants are admittedly public figures. Even then, the appellants could not be identified by the victim for a long period..", the Court noted.

Querying why allegations against the accused were made after eleven months of the incident, the Court reasoned that the case as against the appellants appeared to be tainted by mala fides.

"It is not disputed that the entry of women activists to Sabarimala Temple was a controversial issue during the relevant period. It is also not disputed that in the said issue, the Government of Kerala was on one side and the RSS/BJP and many Hindu organisations were on the other side. The RSS/BJP and many Hindu organisations made protest against the entry of activist women to Sabarimala Temple. However, the Government of Kerala supported the entry of activist women to Sabarimala Temple. It is admitted that the victim is an activist and not a devotee. The appellants are admittedly supporters of RSS/BJP. The argument of the learned counsel for the appellants that the allegations against the appellants are malafide, will be considered by this Court in the light of the above facts".

"When viewed the above facts in the light of the admitted fact that the appellants are leaders/supporters of RSS/BJP, who opposed the entry of women activists to Sabarimala Temple, it appears that the allegations raised against the appellants by the victim before the police are prima facie tainted with malafides"

On the application of Section 438 of the Criminal Procedure Code when allegations were made under the SC/ST (Prevention of Atrocities) Act, 1989

A key question that arose for the Court's consideration was whether the appellants were entitled to anticipatory bail in light of provisions of the Scheduled Castes and Scheduled Tribes (Prevention of Atrocities) Act, 1989 invoked against them.

The Court ruled that Supreme Court Judgment Subhash Kashinath Mahajan v. State of Maharashtra had held that anticipatory bail under Section 438 could be granted for cases under the Atrocities Act if no prima facie case is made out or where on judicial scrutiny the complaint is found to be prima facie mala fide.

A review of the case resulted in an overturning of certain of the Court's directives in Kashinath.

The directive with respect to anticipatory bail was not overturned, the Kerala High Court surmised.

To support this finding, the Court referred Prithvi Raj Chauhan v. Union of India which held that if the complaint does not make out a prima facie case for the applicability of the provisions of the Act, the bar to anticipatory bail created by Sections 18 and 18 A shall not apply.

Again, the Kerala High Court in Arul P. Sugathan and others v. State of Kerala and Another had held that anticipatory bail could be granted despite the bar under the Act when no prima facie case is made out or where the court finds that the complaint was prima facie mala fide.

"Where the High Court finds that no prima facie case is made out or where on judicial scrutiny, the court finds that the complaint is prima facie malafide, the High Court will be justified in passing an order granting pre-arrest bail if the Court is further satisfied that if the pre-arrest bail is not granted, the result would inevitably be miscarriage of justice or abuse of process of law."

After a Constitution Bench of the Supreme Court held the ban on entry of women in the age group of 10-50 to be unconstitutional in its judgment delivered on September 28, 2018, Bindu along with another woman named Kanakadurga had entered the temple on January 2, 2019