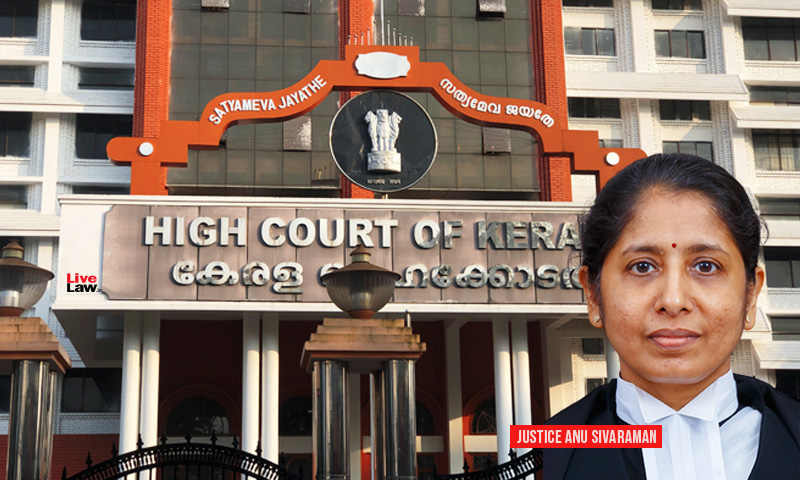 The Kerala High Court on Friday dismissed the petitions of three retired pilots who had approached the court seeking re-engagement on a contract basis with the Air India Express Ltd. In 2020, the contract appointments of the petitioners had been terminated.

Justice Anu Sivaraman at the outset observed that the Air India subsidiary is no longer a public sector undertaking after privatisation and therefore the issuance of public law remedy in the nature of a writ against it cannot be sought now.

The court added that the only question which remains would be as to the legality of the order of the termination passed by Air India Express Ltd when it was a PSU.

Observing that since the petitioners were contract employees who had been re-engaged after their retirement, the court said the termination of their appointment would depend on the terms and conditions of the contract.

"If that be so, the termination of a contract simplicitor by following the conditions provided in the contract would not, according to me, give rise to a cause of action to the petitioners to challenge the order of termination on the ground that it is arbitrary or illegal," said Justice Sivaraman.

The bench noted that the apex court in several decisions has held that termination of a contractual appointment would not be vitiated if the terms of the contract permitted such prior termination.

The writ petitions were filed in the Court challenging the notices issued to the petitioners intimating the discontinuance of their contractual engagements as Trainee Captain/Captain (Flying Officer) under Air India Express Ltd.

The petitioners, represented by Advocates Santhosh Mathew, Arun Thomas, Karthika Maria, Anil Sebastien Pulickel, Abi Benny Areeckal, Leah Rachel Ninan, Mathew Nevin Thomas, and Karthik Rajagopal, argued that they were highly experienced pilots and had been appointed on contract basis in the years 2015, 2016 and 2017 respectively, with the contracts being renewed time and again.

The court was told the petitioners were served with termination notices in August 2020 citing the prevailing civil aviation scenario and one months' salary was paid to them in lieu of one month's notice.

It was submitted by the counsels that although the requests by the petitioners for retention had been rejected, there had been an undertaking held out to them that the airline would hire them back before opening the positions held by them to other applicants, as soon as there are reasonable signs of demand revival.

However, the pleas said, in total contravention to the same, employment notices were issued, and the age limit of 55 years as on January 1, 2022 was fixed, thus barring the petitioners, who are in their 60s, from applying for the post.

On the other hand, on behalf of the respondents, it was contended by Advocates M. Gopikrishnan Nambiar, K. John Mathai, Joson Manavalan, Kuryan Thomas, Paulose C. Abraham, and Raja Kannan, that the writ petitions are not maintainable, considering that the airline has been subjected to privatization and the Government has sold 50% of its stake in the company to Talace Private Limited, which is a wholly owned subsidiary of the Tata Group's holding company Tata Sons Pvt.Ltd.

Thus, it was urged by the counsels that the writ would not be maintainable since the company was no longer an instrumentality of the State.

However, the petitioners argued that as on the date of filing of the writ petitions, the airline answered the definition of State under Article 12 of the Constitution, and since the order passed by it which was amenable to writ jurisdiction at the relevant time was bad in law, the Court was empowered to exercise its jurisdiction.

Air India Express Limited in response argued that the petitioners had been provided with the notice pay as well as all the amounts which were liable to them on termination of the contract, and filing the writ after receiving all the dues is unjustifiable.

Dismissing the petitioner, the court said, "I am unable to accept the contentions raised by the petitioners that the termination of their contractual appointments before the term of the contract expires is so arbitrary and illegal as to warrant interference under Article 226 of the Constitution of India."