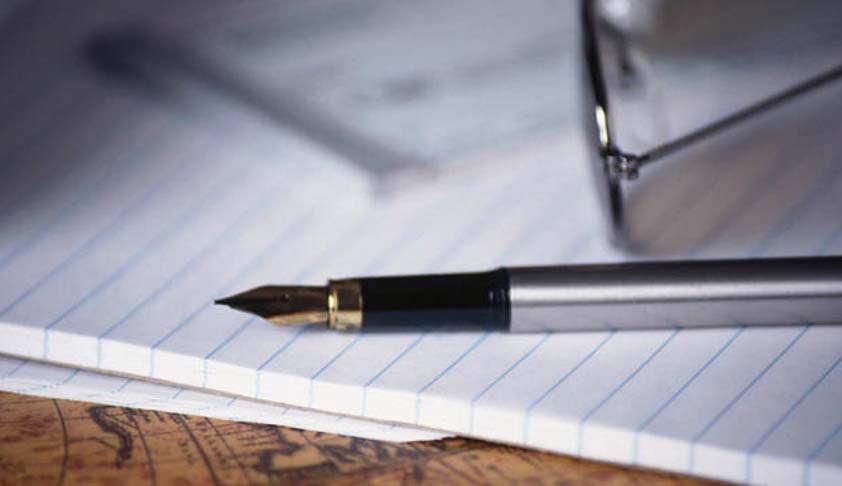 The Bombay High Court on Friday sought a reply from the State of Maharashtra, University Grants Commission and Bar Council of India in a PIL filed by a law student seeking cancellation of final year examinations during the ongoing pandemic of Covid-19. A Division bench of Chief Justice Dipankar Datta and Justice Anuja Prabhudessai directed the State, BCI and UGC to file...

The Bombay High Court on Friday sought a reply from the State of Maharashtra, University Grants Commission and Bar Council of India in a PIL filed by a law student seeking cancellation of final year examinations during the ongoing pandemic of Covid-19.

A Division bench of Chief Justice Dipankar Datta and Justice Anuja Prabhudessai directed the State, BCI and UGC to file their affidavit-in-reply by next Friday, i.e. July 24 and scheduled the next hearing for July 31.

The petitioner, Samarvir Singh, a fourth year law student from Government Law College, Mumbai and contends in the PIL that if the said examinations are conducted, Students will be missing out on applying for higher studies or joining firms/advocates from where they have received a job offer or to begin with preparations for competitive examinations.

"Students who have secured admissions in post-graduate courses in Indian as well as foreign universities would be losing a year as they would not be able to submit their degree well in time", the plea said.

Meanwhile, in a separate matter before the same bench, a writ petition filed by fifth year law students Avirup Mandal, Onkar Wable, Swapnil Dhage, Tejas Mane and Surbhi Agarwal seeking cancellation of final year examinations and urgent declaration of results was heard. Additionally, an Intervention Application has also been filed in support of the Maharashtra Government's GR dated June 19, 2020 wherein the State Disaster Management Authority had decided to cancel final year exams for those not willing to appear for the same amidst the pandemic.

Earlier, the said GR was challenged in a PIL filed by one Dhananjay Kulkarni.

During the hearing on Friday in Kulkarni's PIL before the bench headed by Chief Justice Dipankar Datta, Advocate General Ashutosh Kumbhakoni clarified the stand of the state that no exams, whether it be professional courses or non-professional courses, will be held in Maharashtra during the present situation.

Petitioner students challenged the UGC Revised Guidelines along with the notification of the Bar Council of India which asked for conducting of exams during the current pandemic.

Additional Solicitor General Anil Singh appeared on behalf of the Union of India and UGC. He sought time to file an affidavit in reply.

On the other hand, Advocate Yashodeep Deshmukh along with Advocate Akshay Kapadia appeared for the final year law students, who were also intervenors in the said matter.

Advocate Uday Warunjikar who appears for the main petitioner Dhananjay Kulkarni did not seriously oppose the petition. Thus, the intervention application by law students was allowed by the bench. Along with the same, their substantive writ petition was tagged along with the ongoing matter.

Petitioner students claim to enjoy the support of over 500 final year students from various streams and contended that many of these students, including the petitioners are looking forward to applying for universities in India and abroad for higher education for which they urgently require results to be declared at the earliest.

Adv Warunjikar sought leave to add the Ministry of Home Affairs, Govt. of India and the State Disaster Management Authority as additional respondents in the PIL, which was granted by the Court. Moreover, since an affidavit has been submitted on behalf of the State and a copy has been provided to the petitioner's advocate, Adv Warunjikar sought a week's time to file the rejoinder affidavit, which was granted.

Expressing concern regarding the rising number of positive coronavirus cases in Mumbai and Maharashtra in general, the petitioners argue-

"Looking at the present situation of the COVID-19 outbreak, it is argued that the students living in faraway districts of Maharashtra or those coming from other states will find it extremely difficult to travel and later find a place for residence as tens of hostels have already been acquired by the Government as Institutional Quarantine Centres. Maharashtra alone has over 12,000 containment zones."