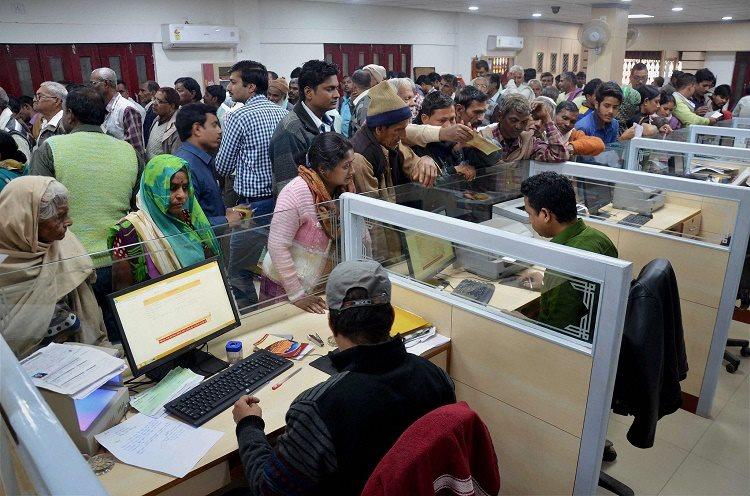 The Madhya Pradesh High Court recently held that a Bank cannot unilaterally change the quantified OTS (One Time Settlement) amount as the same would be against the principles of natural justice, and also runs contrary to the doctrine of Legitimate Expectation. The division bench of Justice Sujoy Paul and Justice D.D. Bansal was essentially dealing with a writ petition filed by...

The Madhya Pradesh High Court recently held that a Bank cannot unilaterally change the quantified OTS (One Time Settlement) amount as the same would be against the principles of natural justice, and also runs contrary to the doctrine of Legitimate Expectation.

The division bench of Justice Sujoy Paul and Justice D.D. Bansal was essentially dealing with a writ petition filed by the Petitioner who was aggrieved by the order of the Respondent Bank, whereby the latter had unilaterally increased the quantified OTS amount from Rs. 36,50,000/- to Rs. 50,50,000/-.

The admitted facts between the parties were that the Petitioner had borrowed a loan from the Respondent and intended to repay it in terms of One Time Settlement (OTS). The Bank communicated to the Petitioner that as per the settlement formula given in the scheme (Maha Samadhan Yojana 2021-22), the OTS amount was quantified to be Rs. 36,50,000/-. The Petitioner, in furtherance thereof, deposited Rs.35,00,000/- with the Bank. However, in its correspondence later, the Bank informed the Petitioner that his proposal was put up before the competent authority, which sanctioned the compromise proposal on certain terms, whereby the OTS amount was increased to Rs.50,50,000/-. This was followed by a series of communications exchanged between the parties, which eventually led to the Petitioner approaching the Court by filing the instant petition.

The Petitioner argued that after he deposited the amount (95% of the OTS) within the stipulated time, the only option left with the Bank was to proceed further after the stage of issuance of 'intimation letter', and if he was to be found eligible, issue a 'sanction letter'.

He submitted that the Bank had miserably failed to accept the same and on the contrary, decided to enhance the compromise amount to Rs.50,50,000/-, unilaterally. This, he contended, ran contrary to the OTS scheme, and that he never gave his acceptance to the decision of the Bank to increase the amount.

He further argued that as per the decision of the Apex Court in Sardar Associates & Ors. v. Punjab and Sind Bank & Ors, the OTS scheme is binding, and therefore, the Bank could neither have enhanced the amount nor by any stretch of imagination, could've treated that the offer, which was duly accepted, as elapsed.

The Petitioner also relied on the decision of the Court in Laxmi Grih Udyog & Anr. v State of Madhya Pradesh & Anr. to argue that once an amount for OTS is quantified in pursuance to an offer given by the Bank and the said amount is deposited, the Bank cannot take a different stand by enhancing the amount or treat the respective offer as only an 'intimation letter'. In fact, he asserted, it should be treated to as accepted and thus, the Bank was bound by the principles of estoppel flowing from Section 115 of Indian Evidence Act.

Per contra, the Respondent Bank submitted that the communication quantifying the OTS to be Rs.36,50,000/- was merely a letter of intimation and not sanction. Furthermore, by depositing only Rs.35,00,000/-, the Petitioner did not fulfil the conditions of the respective communication.

The Bank also submitted that it had communicated to the Petitioner vide a letter, wherein, it was stated that it has been presumed by the Bank that the inflated amount of Rs.50,50,000/-, has been agreed upon by him.

It further argued that the OTS scheme is not binding in nature and the borrower has no right whatsoever to get a writ of mandamus from this Court. To strengthen its argument, the Bank relied on the decision of the Supreme Court in Bijnour Urban Cooperative Bank v. Minal Agrawal, and the decision of the Allahabad High Court in Mahalaxmi Floor Mills Pvt. Ltd. v. State of U.P.

The Court examined the communication wherein the OTS was quantified to be Rs.36,50,000/-, and observed-

The Court went on test the decision of the Bank, which came under the category of an administrative decision, based on the three parameters laid down by Lord Diplock, L.J. in Council of Civil Service Unions v. Minister for the Civil Service- Irrationality, Illegality and Procedural Impropriety.

The Court held the decision of the Bank to be irrational as it correctly quantified the amount to be Rs.36,50,000/- as per the formula under the scheme but enhanced the amount to Rs.50,50,000/- without justifying the same, which ran contrary to the scheme.

It further observed that the Bank's decision suffered from illegality and procedural impropriety because, firstly, it enhanced the amount without making the Petitioner party to its decision-making process. Secondly, the Bank made a one-sided presumption of acceptance in a matter of this nature where no acceptance was ever given by the Petitioner, directly or indirectly, to pay Rs.50,50,000/-. The Court also opined that after the Petitioner deposited the money, the Bank was required to examine his eligibility-

A microscopic reading of the letter dated 09.3.2021 shows that intimation letter needs to be processed subject to 'eligibility' of the petitioner and further subject to down payment by the petitioner of 10% of the amount so quantified. Indisputably, the petitioner deposited 95.89% amount i.e Rs.35,00,000/- out of Rs.36,50,000/-. Thereafter, in our considered opinion, the Bank was only required to examine whether petitioners fall within the 'eligibility' clause and whether he has deposited the 10% of the said amount.

With respect to the eligibility of the Petitioner under the scheme, the Court noted-

The Court further delved into the doctrine of the Legitimate Expectations by examining the Bank's decision within its framework. Referring to the jurisprudence laid out by scholars and scrutinizing the relevant decisions of the courts, it elucidated-

No doubt, the doctrine has an important place in the review. Under the said doctrine, a person may have reasonable or legitimate expectation of being treated in a certain way by an administrative authority even though he has no right in law to receive the benefit. In such a situation, if a decision is taken by an administrative authority adversely affecting his interests, he may have justifiable grievance in the light of the fact of continuous receipt of the benefit, legitimate expectation to receive the benefit or privilege which he has enjoyed all throughout. Such expectation may arise either from the express promise or from consistent practice which the applicant may reasonably expect to continue.

Applying the abovementioned rationale to the case at hand, the Court noted-

If the present case is examined on the anvil of principles laid down in aforesaid cases, it will be crystal clear that the petitioner was clearly given to understand that the OTS amount determined is based on a valid OTS scheme and in order to get the benefit of said scheme, petitioner was required to fulfill certain formalities. It was further made clear in the communication dated 4.1.2021 (Annexure P/1) that if petitioner is willing to pay the said amount (10% of which was required to be paid forthwith) the only formality on the part of the Bank will be to examine the petitioner's eligibility. As discussed above, the petitioner cannot be treated as ineligible. Thus, doctrine of legitimate expectation can be pressed into service in a case of this nature where a Public Sector Bank, a 'State' within the meaning of Article 12 of the Constitution has given the petitioner to understand that if he accepts the offer and acts in a particular manner, he will get desired result.

The Court concluded that the decision of the Bank, whereby it enhanced the OTS amount unilaterally, had an adverse impact on the Petitioner, which was arbitrary and contrary to Principles of Natural Justice and the doctrine of Legitimate Expectation. It further noted that fairness is an integral part of good administration but the Bank did not act in a just, proper and reasonable manner.

Considering the aforesaid observations, the Court held that since Petitioner was eligible under the scheme, and he accepted the offer of quantified amount and deposited 95.89% of Rs.36,50,000/- within the stipulated time, the Respondent Bank was bound to accept the same and issue the 'sanction letter'.

It further directed the Bank to complete the remaining formalities and provide all consequential benefits flowing therefrom to the Petitioner. The impugned letters were accordingly set aside and the Petition was allowed.