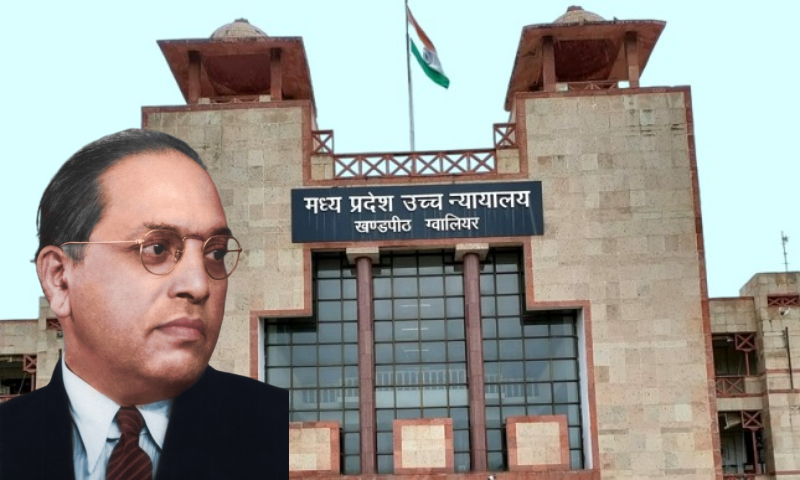 The Madhya Pradesh High Court (Gwalior Bench) recently granted bail to a man who has been accused of breaking the statue of Baba Saheb Ambedkar and thereby hurting the sentiments of a certain community of people.

The Bench of Justice Rohit Arya granted bail to Lallu @ Krishnabhhan booked for the offence punishable under Sections 295, 506, 34 of IPC and under Section 3(1)(T) of SC/ST (Prevention of Atrocities) Act.

As per the prosecution's case, on October 31, 2021, the appellant had caused damage to the statue of Baba Saheb Ambedkar in the area along with the co-accused. Accordingly, the case had been registered against him.

The Court granted him bail in his second criminal appeal under Section 14-A(2) of the SC/ST (Prevention of Atrocities) Act. He was in custody since November 1, 2021.

Before the Court, he submitted that he has already suffered incarceration since 1/11/2021 and he is a poor person. Due to his long jail incarceration, the family is on the verge of starvation.

It was also submitted that similarly placed co-accused has already been extended benefit of bail by this Court.

On the other hand, the government pleader opposed the bail application arguing that he had hurt the sentiments of a community of people while he allegedly had broken the statue of Baba Saheb Ambedkar. Since it is a matter of community interest, he further submitted, that if he is enlarged on bail, the same may have an adverse effect on society.

Upon hearing learned counsel for parties, though the Court refrained from commenting upon rival contentions of both the parties, but regard being had to the fact that the appellant is in custody since 01/11/2021 and no more custodial interrogation is required, the Court found it fit to grant him bail.

"Accordingly, without expressing any opinion on merits of the case, this appeal is allowed and it is directed that the appellant be enlarged on bail subject to his furnishing personal bond in the sum of Rs.2,50,000/ with one solvent surety," the Court ordered while granting him bail.