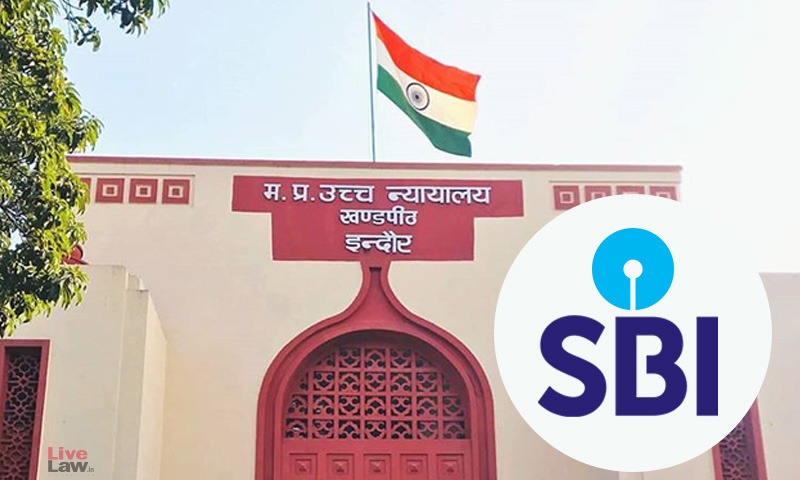 The Indore Bench of the Madhya Pradesh High Court has imposed exemplary cost of Rs. 2 lakh on the State Bank of India (SBI) for adopting a very 'inhuman approach' while dealing with a widow woman's application seeking appointment to the Bank on compassionate grounds. The cost is made payable to the woman (Petitioner)."I have never come across any such case in which, such a harsh approach has...

The Indore Bench of the Madhya Pradesh High Court has imposed exemplary cost of Rs. 2 lakh on the State Bank of India (SBI) for adopting a very 'inhuman approach' while dealing with a widow woman's application seeking appointment to the Bank on compassionate grounds. The cost is made payable to the woman (Petitioner).

"I have never come across any such case in which, such a harsh approach has been adopted by an employer like respondents. That thousands of employees work in such a big organization like SBI and it is least expected from them to have behaved like the model employer," Justice Vivek Rusia observed at the outset.

Meena Dhaigude had approached the High Court in 2012, challenging denial of compassionate appointment as well as ex-gratia/ compensation by the General Manager and Chief Manager of SBI. Her case was that her husband, a class IV employee, went missing after having served the bank for 22 years. Seven years later, the petitioner moved an application for compassionate employment and payment of all retiral dues at the bank. Whereas the bank had treated the Petitioner's husband as voluntarily retired from services 21.10.1998, in response to her application the Bank paid all benefits benefit like gratuity, EPF treating her husband to be dead on 21.10.2005.

Consequently, the petitioner had to work as a domestic maid for survival, despite being qualified for an appointment for a class IV employee.

In this backdrop, the Court noted,

"If an employee went missing and not coming for duties months together then it is the case dying in harness. The respondents have treated him voluntarily retired w.e.f. 20.10.1998 then they ought to have started paying pension from 1998 to the petitioner and other retiral benefits to ensure their survival. They kept the matter pending for seven years to get a declaration that her husband is no more without considering that how the family of the petitioner would survive for seven years. An equally facet of right to life is the right to livelihood because no person can live without the means of living, that is the means of livelihood. The right to live a dignified life has been taken by the respondents in this case. Respondents could have paid her some monthly amount like half of the salary payable to her missing husband because they were in control of all retiral dues of her husband with them, therefore, the approach of bank was inhuman towards the family of class-IV employee."

Significantly, the benefits credited to the Petitioner were based on a new policy which came into effect in 2006. This new policy contemplates ex-gratia payment instead of compassionate appointment.

The petitioner, represented by Advocate Anand Agarwal, argued that since the husband had been treated dead in the year 2005 and retiral benefit were paid, the policy that came into effect in2006 would not apply in her case.

The Court affirmed the argument by citing Canara Bank & Others v. M. Mahesh & Anr (2015), where it was held that an application for compassionate appointment should be considered as per the policy prevailing at the time of death of the employee.

It further criticized the approach taken by the bank in denying compassionate appointment to the Petitioner and disposed the matter with following remarks,

"In my considered opinion it is a fit case in which exemplary cost should be imposed on the respondents for their inhuman approach. The way Respondents has dealt with the issue of the widow and children of class IV employee it is liable to denounce with the strong words deprecated...This petition deserves to be allowed and is accordingly allowed with costs of Rs. 2,00,000/- (Rupees Two Lac only) payable to the petitioner."