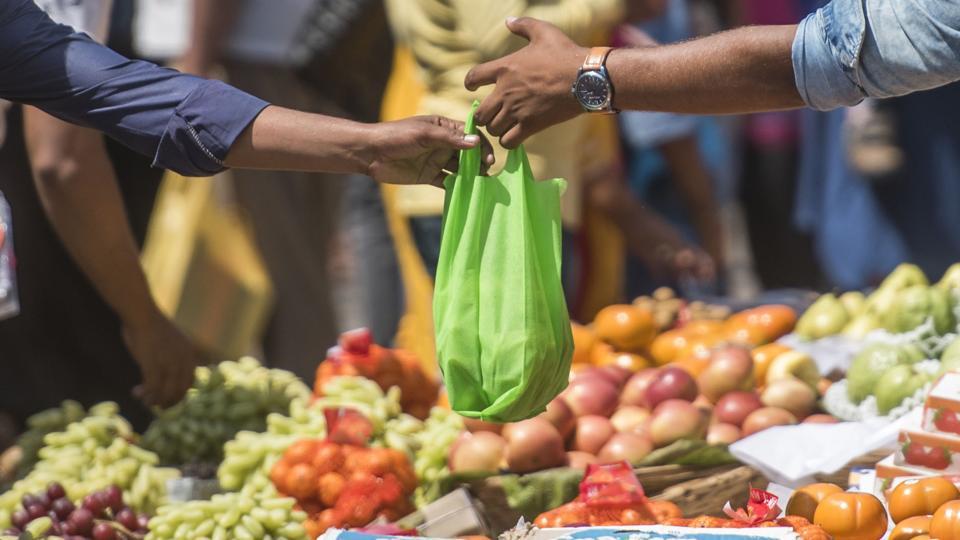 The Greater Chennai Corporation (GCC) has told Madras High Court that over 20 tons of banned single-use plastics have been seized by the authorities between 19.08.2021 to 18.03.2022. According to GCC, 47,961 shops were inspected and 36.50 lakhs was collected as fine for using single-use plastics during this period.In the status report, it has also been submitted that shops that repeatedly...

The Greater Chennai Corporation (GCC) has told Madras High Court that over 20 tons of banned single-use plastics have been seized by the authorities between 19.08.2021 to 18.03.2022. According to GCC, 47,961 shops were inspected and 36.50 lakhs was collected as fine for using single-use plastics during this period.

In the status report, it has also been submitted that shops that repeatedly sell goods in single-use plastic carry bags will be liable for Trade licenses cancellation, besides closure and sealing.

Madras High Court had asked the Assistant Director (District Municipal Administration and Water Supply Department) about the steps taken to ensure a complete plastic ban in Tamil Nadu. The Assistant Director, as per the court directions, had chosen Thambaram Municipality, to report on the steps taken to implement plastic ban in the said local body. Similarly, the court also suggested that the Municipal Corporation can begin the process of eradicating plastics in Kolathur and Villivakkam Corporations.

In its order dated 28th February, the High Court had observed that no affidavit was filed by the Corporation about the steps taken and instructed the counsel, Additional Advocate General J. Ravindran to file the same by 21st February.

Yesterday, Additional Advocate General submitted before the bench of Justices S. Vaidyanathan and P.T. Asha that the Principal Secretary/ Commissioner, GCC reviews the enforcement of the ban on single-use plastics in the fifteen zones of the Corporation. AAG further submitted that GGC under the helm of Gagandeep Singh IAS (GCC Commissioner) has been intensifying the drive to separate plastic waste from its legacy waste in the dumping grounds and bail it to cuboidal compacted blocks. According to GCC, these are then sent to pyrolysis burners of cement factories to reduce the plastics in the soil and legacy waste.

It was also submitted that the regular inspections have been fruitful and Sanitary Inspectors have been inspecting shops and establishments that are potentially using single-use plastics. The report also gives a zone-wise break up of the amount of banned plastics seized and fines collected in the aftermath.

"So the GCC has tried to go beyond just Kolathur & Villivakkam areas and enforcing the ban in all Zones with equal vigour. The Greater Chennai Corporation has also fined Indigo Airlines, Rs. 25,000 for using single use plastics on 19th August 2021. This step was welcomed by a lot of citizens", GCC states by referring to the table of zones.

The awareness programs initiated by GCC includes a dedicated IEC vehicle for showing awareness videos about the ill effects of plastics and distribution of free Cloth bags and Stainless steel water bottles in schools and other places. The GCC also added that about 1 lakh cloth bags have been distributed free of cost to School and college students, markets, malls and places of worship.

"It is submitted that the Greater Chennai Corporation has taken several measures to curb the usage of "single use and throwaway plastics" by ensuring strict enforcement and promoting behavioral change among the citizens of Chennai",GCC adds by stating that the Covid epidemic has not substatially affected the enforcement measures.

In the status report, GCC has also filed a list of joint consultative meetings with traders associations, market associations, pollution control board, plastic manufacturing associations and environment and forest department convened to clarify doubts and make sure that more cloth bags are used instead of plastic bags.

After taking note of the submissions made by the Additional Advocate General yesterday, the Division bench has adjourned the matter to 21st April.

The court was hearing a plea filed by TN & Puducherry Plastic Manufacturers Association against the 2018 Govt order banning a list of plastic items. The June 2018 order was issued by the Department of Environment and Forests by exercising the power conferred under Section 5 of the Environment (Protection) Act, 1986. The order banned manufacturing, storing, supplying, selling and distributing of 'use and throw away plastics'.

14 items were later categorically banned including plastic thermocol plates, plastic carry bags and plastic-coated carry bags. The petitioner challenged the ban imposed before the High Court though it came to be dismissed in December 2018. Thereafter, the current review petition was filed by the Association.