Prisoner Has No Fundamental Right To Conjugal Relationship As A Course; May Seek For 'Specific Purpose' Like Infertility Treatment: Madras HC 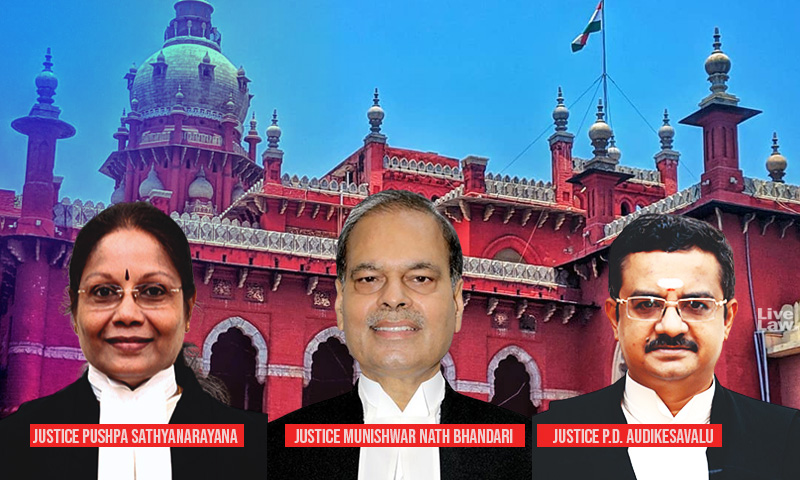 x
"The specific purpose may be infertility treatment or some similar reason, but it should not be construed to be a fundamental right for having conjugal relationship as a course", the larger bench clarified in the reference made by the Division bench

In a pertinent judgment, Madras High Court has answered i) whether the denial of conjugal rights to a convicted prisoner would be violative of Article 21 and, ii) whether the state can be directed to consider the request made by convict for emergency leave or ordinary leave for the said purpose. Since the right of their spouses to have conjugal rights are also indirectly curtailed...

In a pertinent judgment, Madras High Court has answered i) whether the denial of conjugal rights to a convicted prisoner would be violative of Article 21 and, ii) whether the state can be directed to consider the request made by convict for emergency leave or ordinary leave for the said purpose.

Since the right of their spouses to have conjugal rights are also indirectly curtailed by such denial, Madras High Court has examined the scope of treating conjugal rights of a convict/ prisoner as a fundamental right, and in case there is such a right, whether it would be unconditional or subject to other restrictions. The court answered the above questions while deciding upon the propriety of directing the state to grant emergency leave or ordinary leave to a convict for the purpose of having a conjugal relationship with the spouse.

"It is true that the 1982 Rules do not provide leave for having conjugal relationship with spouse. It is for the reason that if a provision for leave to have conjugal relationship is provided, the prisoner may ask for the leave invariably on that ground and, that too, time and again. It cannot, however, mean that under all circumstances except those specified in Rule 20(i) to (vi) and Rule 20(viii) of the 1982 Rules leave can be denied, rather Rule 20(vii) of the 1982 Rules provides for grant of leave for any other extraordinary reasons, which can be of the nature referred in this case, i.e., for undergoing infertility treatment..."

About whether it can be held that the denial of conjugal rights offends Article 21 and whether the convict/ prisoner can seek to avail such a right continuously and without no restraint, the larger bench noted as below:

The three-judge bench was of the firm opinion that a leave for a 'specific purpose' like infertility treatment is different from the use of the term 'conjugal relationship' in common parlance and falls well within the realm of 'extraordinary reason'' provided for in the Rules. Therefore, the court concluded that the 1982 Rules itself protect the rights of the prisoner guaranteed under Article 21 of the Constitution of India to the extent it is required, without any specific provision for grant of leave to convicts for maintaining their conjugal relationship.

On the basis of the above finding on the first question, the court went on to answer the second question. The court observed that the state can be directed to grant ordinary/ emergency leave for 'extraordinary reasons' like infertility treatment. Leave cannot be claimed as a right by the prisoner/ convict for having a conjugal relationship with his/ her/ their spouse without an 'exceptional reason'.

The husband detenue who is a life convict and the petitioner wife did not have a child out of wedlock. Though the former was granted ordinary leave of two weeks by the Division Bench for availing infertility treatment, another writ petition was filed by the wife for a grant of six weeks leave for having a conjugal relationship through infertility treatment.

Analysing the judgments of Punjab & Haryana High Court in Jasvir Singh v.  State of Punjab (2015), apex court in Sunil Batra v. Delhi Administration, (1978) 4 SCC 494 & Bihar High Courtin Rajeeta Patel v. State of Bihar and others (2020), the court formed an opinion that Rule 20(vii) of the 1982 Rules can be invoked for the prisoner to avail ordinary/ emergency leave for having a conjugal relationship only if there are 'extraordinary reasons' for such request made.

"If we hold that deprivation of conjugal right to a convict offends Article 21 of the Constitution of India, it would mean to give right to a convict for conjugal right, which in common parlance is for maintaining the marital relationship of husband and wife in continuity with companionship. The same cannot be permitted for a convict, as a difference has to be made between the law abider and violator. If the case in hand is also taken note of, the petitioner's first petition was allowed with grant of leave for two weeks for undergoing infertility treatment and immediately after availing it, the second petition was filed in continuity. The facts aforesaid cannot be ignored by the court because after the judgment by the court holding conjugal right to be a fundamental right, the convict would come out with an application to secure his fundamental rights guaranteed under Article 21 of the Constitution of India without any restraint....", the court elaborated in the concluding part of the judgment about not holding the conjugal relationship of the convicts as a fundamental right they possess under Article 21 as a matter of course, though it can be availed as a fundamental right for 'specific purpose'.

While answering the questions posed by the Division Bench, the three-judge bench also distinguished the judgment of the Madras High Court full bench in The State v. Yesu, (2011). In the said case, the question was pertaining to grant of parole via an administrative instruction under Article 162. The full bench held that neither the government nor any other stathority has power to grant parole in the absence of the rules or a statute.

Analysing the Yesu judgment, the court opined that the findings in the said case does not apply squarely to the power of authorities to grant leave to the convict under the 1982 Rules by suspension of sentence for the leave period.

After answering both the questions in the above manner, the registry was directed by the bench to place the matter before the roster bench for disposal.