Departmental Proceedings Are Necessary Even For Termination Of Temporary Employee: Madras High Court 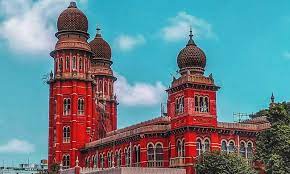 The Madras High Court recently observed that the employer shall follow the procedures in departmental proceedings including framing of charge, giving an opportunity to the employee, conducting a disciplinary enquiry and thereafter deciding the issue even with respect to temporary employees.

The petitioner argued that even though he was a temporary employee, the impugned order clearly indicates that it was not a termination simpliciter and caused stigma. Therefore, the respondents were duty-bound to conduct an enquiry by following the due procedure of law by giving the petitioner an opportunity to refute the allegations against him. However, no such procedure was followed in the present case. The petitioner thus contended that the impugned order was unsustainable in law and liable to be set aside.

The Additional Government Pleader, on the other hand, submitted that the proper remedy that the petitioner should have availed was to file for revision under Section 153 of the Tamil Nadu Cooperative Societies Act within the prescribed time limit. However, the petitioner had filed only a belated representation which was rejected by the Registrar.

The court did not find merit in the argument of the Additional Government Pleader. The court considered that even though the petitioner had not filed for revision within the prescribed time limit, there were specific directions to the respondents from the High Court to consider the representation on merit and the court itself had extended the time limit for resubmitting the representation. The respondents cannot raise such a plea now when they have not raised the plea of non-filing when the above orders were passed.

The court also found merit in the submission of the petitioner that even termination of a temporary employee must be by following due procedure of law. The court, therefore, set aside the order passed by the Special Officer and the order passed by the Registrar. The court also directed that the Special Officer was entitled to conduct a fresh enquiry from the stage of issuing a charge and take a decision in accordance with law by either permitting the petitioner to rejoin duty or by placing him under suspension. The court also directed that the entire enquiry should be carried out within a period of three months from the receipt of the order copy.

Considering the nature of allegations that were levelled against the petitioner, the court chose not to award back wages and held that the same could be decided only after the outcome of the enquiry conducted by the Special Officer.

Case Titile: K. Murugan v. The Registrar and Others