Entitlement To Resumption Of Citizenship Can't Be Denied To A Child Who Was In Womb At Time Of Renunciation By His Parents: Madras High Court 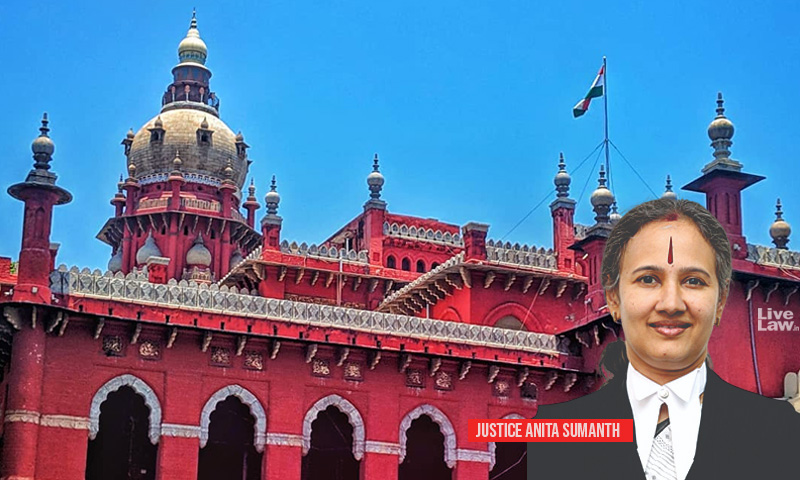 It added that if the parents of such 'minor' renounce their citizenship while the child is in his mother's womb, the child will be entitled to seek resumption of his Indian citizenship in terms of Section 8(2) of the Act, upon attaining majority.

After attaining the age of majority on 01.03.2017, he made a declaration before the Indian Consulate at Singapore seeking resumption of his Indian Citizenship. The petitioner states that he ceased to be an Indian Citizen when his parents renounced their Indian Citizenship and became Singapore citizens as he was en ventre sa mere, or, in the womb of his mother during that time. Therefore, now he seeks renunciation of the same in terms of Section 8(2) as both his parents and grandparents were citizens of India by birth, his grandparents continue to be citizens as on date and he was an Indian citizen at the time when his parents renounced their Indian citizenship.

"8. Rights of citizenship of certain persons of India origin residing outside India Notwithstanding anything in Article 5, any person who or either of whose parents or any of whose grandparents was born in India as defined in the Government of India Act, 1935 (as originally enacted), and who is ordinarily residing in any country outside India as so defined shall be deemed to be a citizen of India if he has been registered as a citizen of India by the diplomatic or consular representative of India in the country where he is for the time being residing on an application made by him therefor to such diplomatic or consular representative, whether before or after the commencement of this Constitution, in the form and manner prescribed by the Government of the Dominion of India or the Government of India."

He thus argued that his representation to the Consulate would suffice for the application of Article 8 and the automatic vesting of citizenship in him.

However, the court rejected this contention holding that the declaration had not been accepted by the authorities in full as per the procedure set out in Section 5 of the Citizenship Act. The court observed that Article 8 is not a machinery provision and only sets out certain entitlements subject to the procedure being fulfilled in that regard.

The court then looked into Section 8(2) of the Citizenship Act which reads as under:

Thus, the question before the court was whether a child still in the mother's womb would come under the meaning of "minor child" under Section 8(2) of the Act. The court highlighted the language used under the Act. The Section specifically mentions "minor child" and not "birth" whereas in other sections of the act, the terminology used is "birth". Thus, there is a distinction that is sought to be drawn between the acquisition of 'citizenship by birth' and the acquisition of 'citizenship by a minor child' by virtue of the resumption of citizenship.

According to the court, this distinction has been consciously made. "A Child need not have to be born at the time of his parents renouncing their citizenship, to be entitled to the benefit of seeking resumption of his right to citizenship."

The court discussed in detail other enactments like the Hindu Succession Act 1956, Medical Termination of Pregnancy Act, 1971, the Indian Penal Code and the Limitation Act wherein the rights of the unborn child have been discussed.

The court also placed reliance on the United Nations Convention on the Rights of the Child of which India is a signatory. Article 1 of the Convention defines a minor child as every human being below the age of 18 years unless, under the law applicable to the child, the majority is attained earlier. Thus, no lower limit has been provided.

The court also elaborately dealt with various precedents both under criminal law and civil law wherein rights have been conferred on the child who was still in the mother's womb. Thus, the only conclusion that could be drawn in the present case was that the petitioner would be considered a minor child for the purposes of the Act and thus, cannot be denied the protection/entitlement available under Section 8(2) for resumption of citizenship.

The court, therefore, set aside the impugned order of the respondent and directed the respondent to issue the document of citizenship to the petitioner within four weeks from the date of the order.