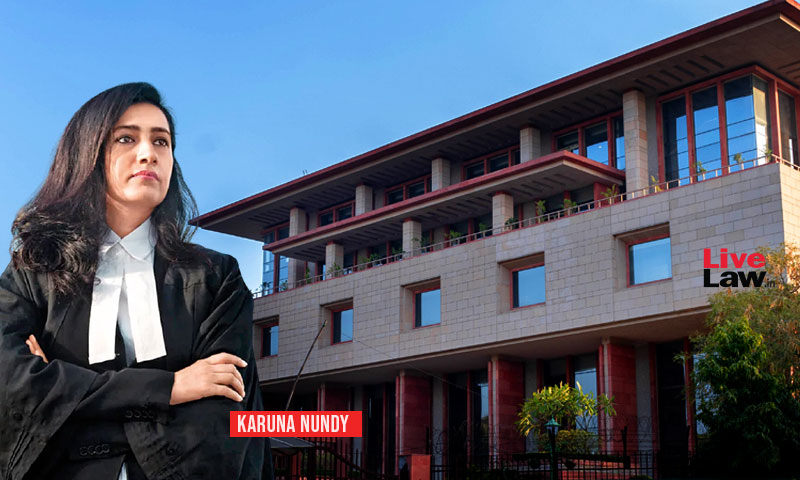 The Delhi High Court on Tuesday continued hearing a batch of petitions challenging the exception to Section 375 of the Indian Penal Code, which exempts forceful sexual intercourse by a man with his own wife from the offence of rape.Advocate Karuna Nundy argued before a bench of Justice Rajiv Shakdher and Justice C Hari Shankar that the marital rape exception is archaic, based on an...

The Delhi High Court on Tuesday continued hearing a batch of petitions challenging the exception to Section 375 of the Indian Penal Code, which exempts forceful sexual intercourse by a man with his own wife from the offence of rape.

Advocate Karuna Nundy argued before a bench of Justice Rajiv Shakdher and Justice C Hari Shankar that the marital rape exception is archaic, based on an outdated notion of marital relations that has no place in a just, constitutional and criminal order.

"It is thus ripe for being striking down as being manifestly arbitrary," she added.

During the course of hearing today, Nundy continued doing a reverse reading of the relevant observations from Independent Thought judgment, applying the inversion test.

On this, Justice Shankar said that the Supreme Court in the said judgment had clearly stated that nothing in the judgment shall be an observation to be considered with respect to the issue of marital rape. Remarking so, Justice Shankar questioned Nundy that given such express position, will it be appropriate for the High Court to still apply the inversion test and reverse the findings of the Apex Court.

To this, Nundy replied "It is our case that Independent Thought is a binding authority for each of these propositions (as referred to from the judgment), since if each proposition were to be reversed, the Court could not have reached the conclusion it did."

Justice Shakdher then remarked: "It is one thing to say that principles laid down there or what you contend can be looked at while examining your contention. It is another thing to say it's binding."

She argued that if some of the major propositions laid down by the Supreme Court in Independent Thought judgment for reading down exception 2 is examined by the High Court, then in that situation, the result would be that the authority would be binding.

Nundy then argued that the Parliamentary debates cannot be taken into account while dealing with constitutionality of a provision when the same is pre-constitutional.

To argue this, she relied on the case of Navtej Johar v. Union of India wherein the Supreme Court observed "The judgment goes on to state that pre-constitutional laws, which have been adopted by Parliament,used with or without amendment, being manifestations of will of people of India through Parliament, are presumed to be constitutional. We are afraid that we cannot agree."

On the aspect of testing the marital rape exception on the anvil of Article 14, Nundy submitted that according to the classical test of the Apex Court, merely satisfying the test of intelligible differentia is insufficient.

She added that Article 14 requires satisfaction of all its essentials including, one, an intelligible differentia for the distinction and two, the same must have a rational nexus with the object sought to be achieved.

"These tests apply with greater vigor to pre constitutional legislation such as the present case, where there is no presumption of constitutionality," she added.

Arguing on the element of marital rape exception being manifestly arbitrary, Nundy submitted that the mere existence of some logic of a legislative purpose or scheme is not sufficient to protect a legislation from manifest arbitrariness if the determining principle or its rationale is not in consonance with the Constitution.

Referring to the judgment of Joseph Shine v. Union of India, Nundy argued that the provisions that postulate a notion of marriage that subverts equality is manifestly arbitrary and bad in law.

Adding further, Nundy said that while there can be no doubt that there is an intelligible differentia between married and unmarried persons in the laws, however, she added that such laws meet the anvil of Article 14, unlike the marital rape exception.

"If the object of the marital rape exception continues to remain protection of conjugal rights of the husband or of the institution of marriage, then such an object is unconstitutional and thus the exception cannot remain on the statute books."

She also argued that although the Parliamentary debate made reference to preserving the institution of marriage as a valid justification for retaining the marital rape exception in the statute, however, she said, that the same is "subsidiary and directly contrary to the explicit object of the enacted legislation".

" ….sexual intercourse is not a conjugal right. The conjugal right of spouses, as is enforceable by courts of law, begins and ends at cohabitation and consortium. Anything beyond this, is reduced to the status of a conjugal expectation only, the denial of which is only a ground for divorce," Nundy argued.

On the other hand, Additional Solicitor General Chetan Sharma today informed the Court that the Central Government was "re looking" it's stand on the aspect of criminalisation of marital rape.

This came after the Court questioned the Centre to clarify it's stand with respect to earlier affidavits filed by it in the matter in view of the recent stand taken by it.

"The solicitor general has said that we will be relooking at the affidavit. These are affidavits quite back in point in time in 2015-2017," Sharma submitted.

To this, Justice Shakdher said "There are only two ways of closing this issue. One is the legislative route and other is a court decision. There is no third way of closing this issue. You people need to make up your mind whether you need to stick to the position that you have taken in the counter affidavit or you will change it. If you want to change it, you must let us know."

Yesterday, Nundy had argued that until the act of marital rape becomes an explicit offence, it will remain condoned.

Previously, she had argued that the marital rape exception provided under sec. 375 of Indian Penal Code violates a woman's right to dignity, personal and sexual autonomy and her right to self expression enshrined under the Constitution of India.